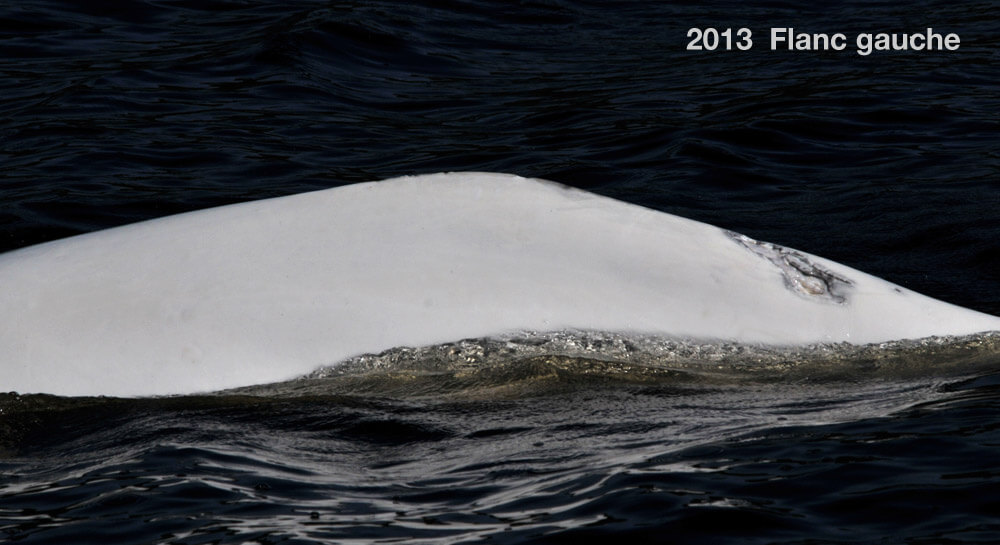 Adopted by Leslie B. Durst 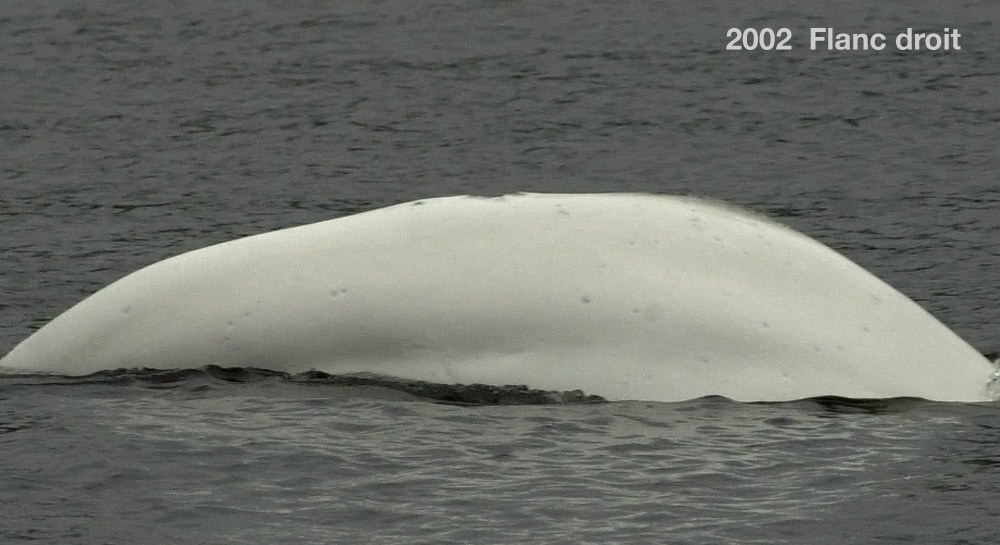 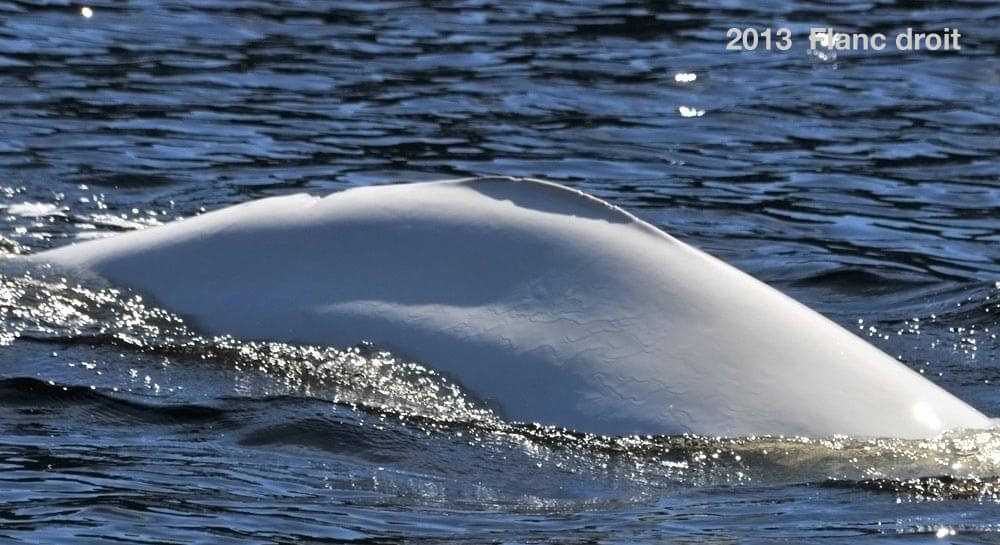 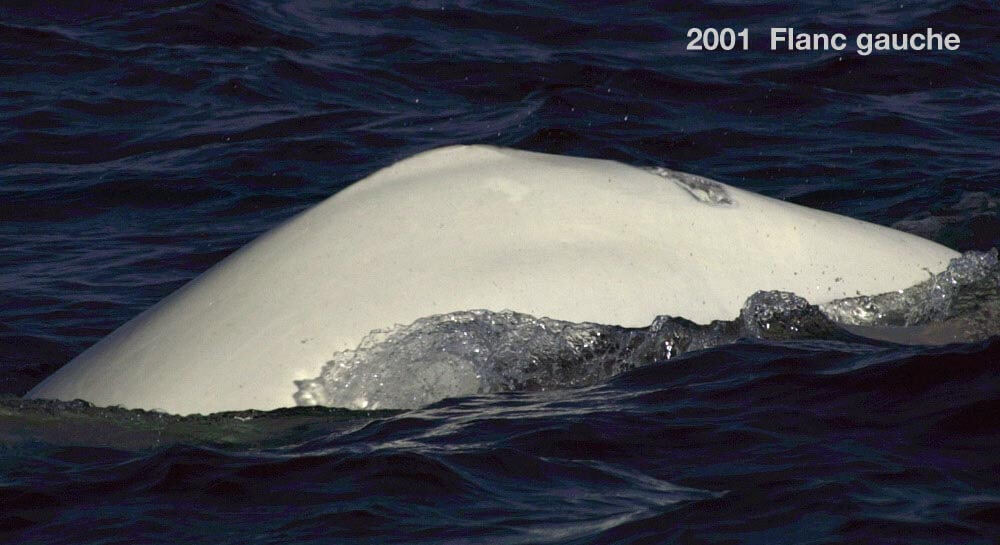 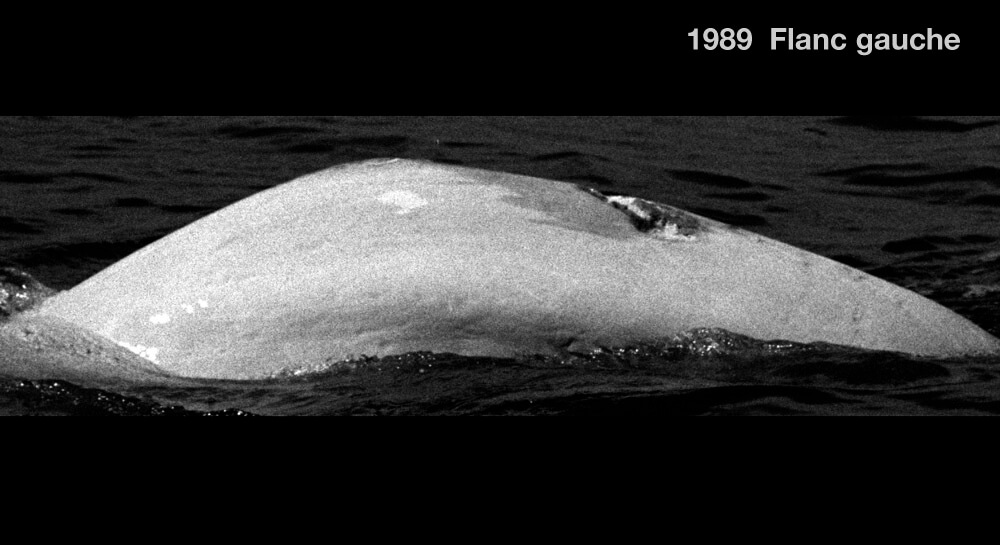 Our first encounter with Celine goes up to 1987, when she was slightly grey, so she was at least 12 years old.

Céline is a female. Her sex was confirmed by a biopsy, the genetic analysis of a tiny piece of skin taken from her back. She is part of the female community of the Saguenay Fjord.

On June 18, 2002, the team placed a VHF radio beacon on her right flank. Céline moves from the mouth of the Saguenay towards the Prince Shoal lighthouse, skirts Île Rouge, heads towards Île Verte and, finally, takes the direction of Cap de la Tête-au-Chien in Charlevoix. Generally, she makes shallow dives (less than 20 m) except at Cap de la Tête-au-Chien where she goes up to 40 m. The follow-up ended late in the evening… to resume the next morning. In fact, the beacon broke off in the morning at the mouth of the Saguenay River, the same sector where it had been placed 21 hours earlier. Céline is almost at the same place… only 100 m away.