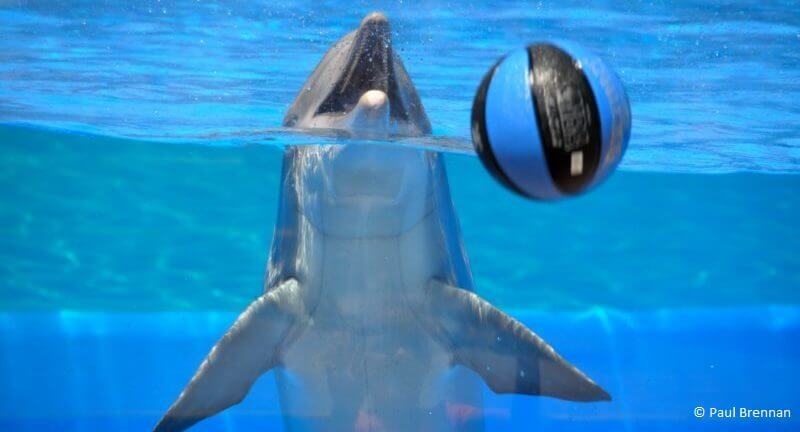 Whales do not deny themselves the pleasure of playing. Whether alone or in groups, young and old cetaceans alike engage in play! To recognize a playing whale, look for these five characteristics.

What are you playing?

Not all cetaceans play the same! There are three types of play in whales: locomotive play, object play, and social play. Dolphins’ impressive leaps out of the water are the perfect example of locomotive play. Or minke whales in the St. Lawrence that frolic in the waves of boats.

Some whales prefer to play with objects. Seaweed seem to be a highly appreciated toy by right whales and humpbacks (article in French): they roll in those floating on the surface, lift them with their head or fins and slide them across their backs.

In some whale species, play is also closely associated with social interactions. For example, in Baie Sainte-Marguerite in the Saguenay Fjord, young belugas play under the watch of their mothers and other females in the group. As for killer whales, they sometimes toss dead or dying prey back and forth for a while before consuming it, a seemingly horrid form of play, but one that fills an important educational function for young animals in the group.

Not just for fun

Cetaceans’ playful behaviours are most likely not just for entertainment! It is believed that play allows them to develop their ability to adapt to a changing environment and thus helps ensure their survival. Numerous scientific hypotheses also argue that play is more useful than simple amusement: it is believed to improve motor skills in young belugas, develop problem-solving skills, maintain the group’s social structure, etc.