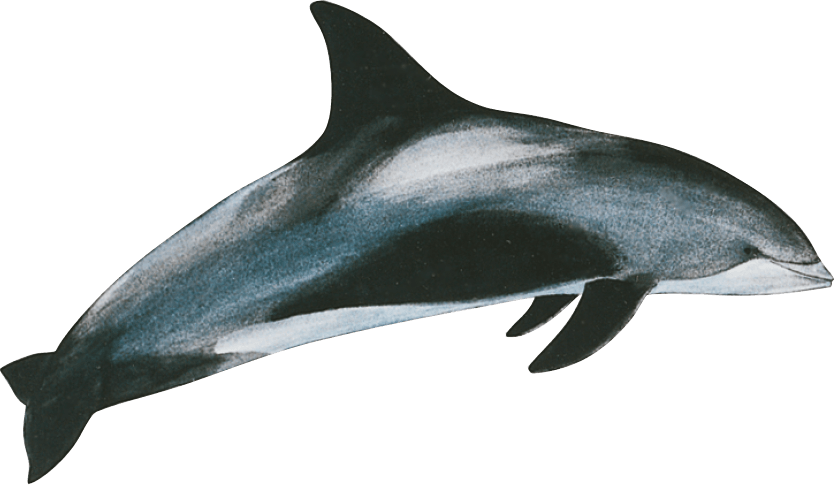 Speed and colours for powerful swimmers

The appearance of Atlantic white-sided dolphins in the St. Lawrence never goes unnoticed. They swim in tight formations, successively bouncing across the water surface and sometimes riding the waves of passing ships. Fast and energetic swimmers, they seem to fly above the water in a parade of colours: dark blue, black, gray, white and even yellow in the case of white-sided dolphins. Two other species less accustomed to cold water may travel through St. Lawrence waters on a rare basis: the short-beaked common dolphin (Delphinus delphis) and the striped dolphin (Stenella coeruleoalba).

Both species are regular visitors to the Gulf from spring to fall, especially off the coast of the Lower North Shore. The Atlantic white-sided dolphin, which is especially abundant, is also observed in the Gaspé and approaches the coasts in summer and fall. The populations of the white-sided dolphin and the white-beaked dolphin in the Gulf are estimated at 12,000 and 2600 individuals, respectively. The presence of both of these species in the Estuary is exceptional and generally short-lived.

These dolphins do not undertake any seasonal migration, even if north-south movements are observed.

In 1998, the white beaked dolphin was assessed and deemed “not at risk” by the Committee on the Status of Endangered Wildlife in Canada (COSEWIC). This species is designated “least concern” in the International Union for Conservation of Nature’s (IUCN) Red List of Threatened Species, but is not listed under the American Endangered Species Act. The species is also not included in the List of threatened or vulnerable species in Quebec under the Act Respecting Threatened or Vulnerable Species.

They feed primarily on small pelagic fish, squid and occasionally small benthic crustaceans. Near the surface, they show cooperation behaviours to circle their prey and capture them. When feeding, these dolphins are often associated with fin and humpback whales.

Dolphins are fast swimmers and can reach speeds of between 25 and 45 km/h. Their swimming is both energetic and spectacular. They come to the surface to breath every 10-15 seconds. They leap and spin out of the water and land noisily on the surface; in terms of aerial acrobatics, the white-beaked dolphin is less exuberant. They sometimes swim in the bow waves or wake of passing boats. They can even be seen harassing larger whales to swim faster and thereby create a wave that they can ride.

Their diving habits are poorly known, but their prey are generally located within 100 m of the surface.

These two gregarious species live in groups ranging from 3 to 50 or so individuals, which in turn compose larger herds containing several hundred or even several thousand animals. White-sided dolphins can swim in very tight formations, practically touching one another. In the case of the white-beaked dolphin, segregation is practised within the pods, with juveniles forming separate groups from those of adults and their calves.

The vocal repertory of these two species is not known. It is assumed that, like other odontocetes, they emit high-frequency sounds to navigate and detect their prey (echolocation) as well as lower-frequency sounds.

Little is known about the reproduction of these two species. Reproduction for the Atlantic white-sided dolphin takes place between May and September, with calving peaking in June and July. Gestation lasts between 10 and 11 months. 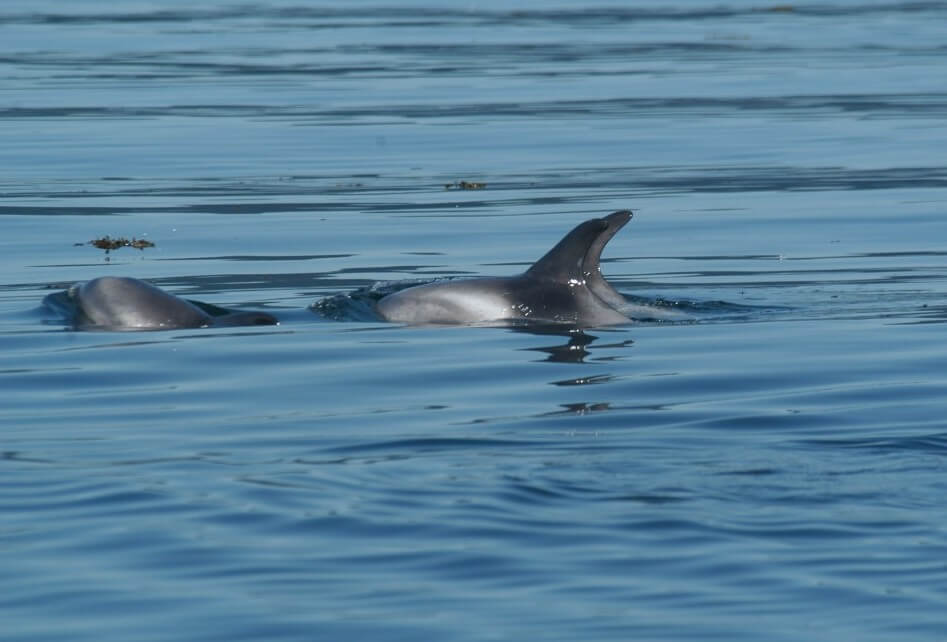 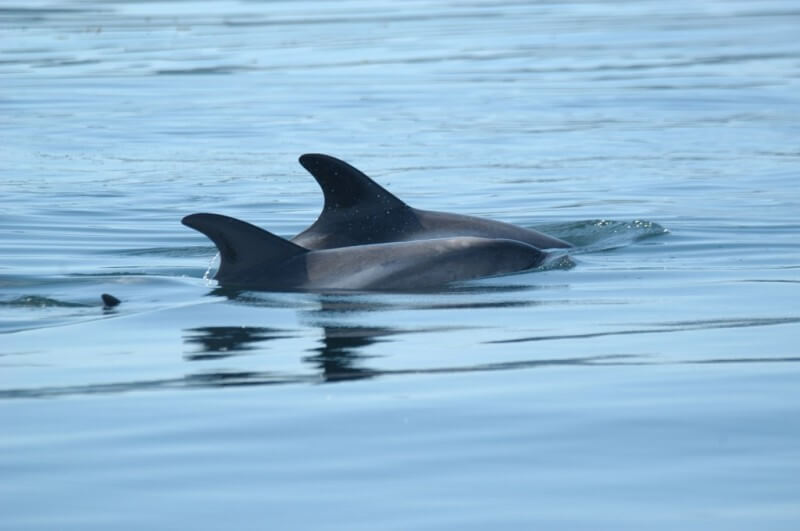 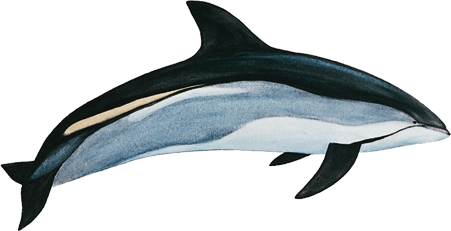