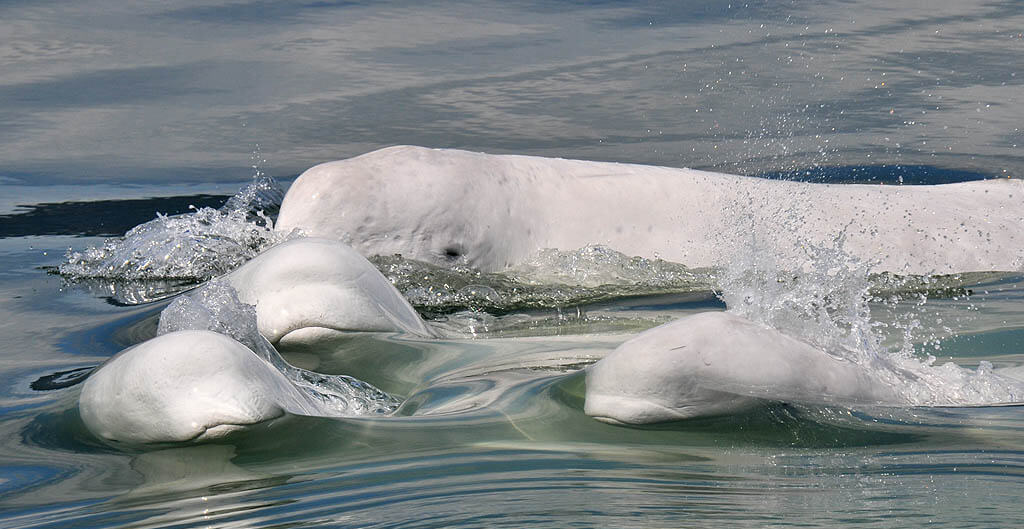 The sounds produced by cetaceans range from 5 to 200,000 hertz, largely surpassing the hearing abilities of humans. However, the frequency used is dependent on the species and the activity. Blue whales can produce low-frequency, omnidirectional sounds which are inaudible to the human ear. These sounds can travel hundreds of kilometres. Whales live on another scale. For an observer in an aircraft, two fin whales spotted several kilometres from one another naturally appear to be two isolated individuals. In reality, these two whales are perhaps travelling together, in highly coordinated fashion, exchanging information on the presence of food or boats.

Belugas and dolphins have highly varied vocal repertoires. The diversity of sounds that they use may be associated with their particularly developed social behaviour. In the case of the beluga, which spends part of its life near the pack ice where the movement of ice produces a very loud background noise, the ability to emit a highly varied range of sounds is perhaps essential. Is it why they do have a vocal signature know as a contact call? In killer whales and sperm whales, each family unit has its own dialect.

Toothed whales also use sounds to “see” in the darkness. By emitting a series of ultrasounds, they navigate in the same way that bats do. This system of echolocation allows them to accurately locate objects, identify their nature and even follow their movement. How it works: whales emit sounds that reflect off of objects in their environment. The echoes are received by the lower mandibles in which a fatty sound reception pathway sends the information to the ear (whales lack pinnae, and the ears are isolated from the rest of the skull). When exploring, sounds are emitted at regular intervals and at lower frequencies for greater range. Then, once the target is spotted, the rate and frequency increase to obtain an increasingly accurate image… until the moment it is captured! 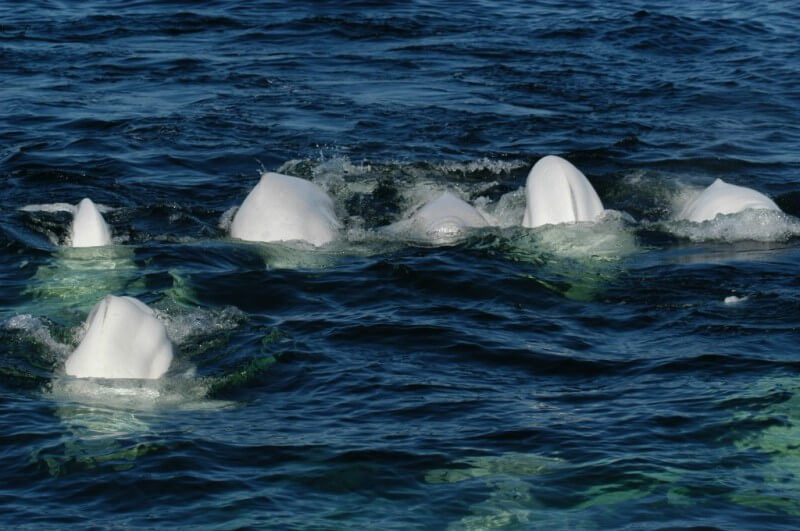 The song of the humpback whale is divided into musical phrases that are repeated to form themes. A series of successive themes in a specific order composes a song, which can last anywhere from a few minutes to a half hour. During the mating season, the male sings highly complex musical phrases: it seems that this helps him charm females while intimidating other males.

How do they produce these sounds?

Even if toothed whales have structures equivalent to vocal cords in their larynx, the overwhelming majority of sounds is produced in the nasal tract under the blowhole. Air that enters this tract triggers the movement of thick membranes – the phonic lips – causing the surrounding tissues to vibrate and creating the sound. The vibration then passes through the skull to reach the melon, a fatty sound box in the forehead, which modulates and focuses the sound beam in the water, while the air, having passed through the phonic lips, is released through the blowhole or sent back to the nasal apparatus in order to be reused to emit a new sound. The animal is thought to be able to control these vibrations with great accuracy.

Except for the sperm whale, all toothed whales have two pairs of phonic lips and can therefore emit two sounds simultaneously. In certain species of dolphins, it has even been discovered that the right pair of phonic lips seems to produce mainly echolocation sounds and the left pair, whistles.

Baleen whales seem to lack this type of structure. Their larynx may play a role in sound production, but the mechanism remains poorly understood, partially due to the challenge of studying these giant animals that are not kept in captivity.