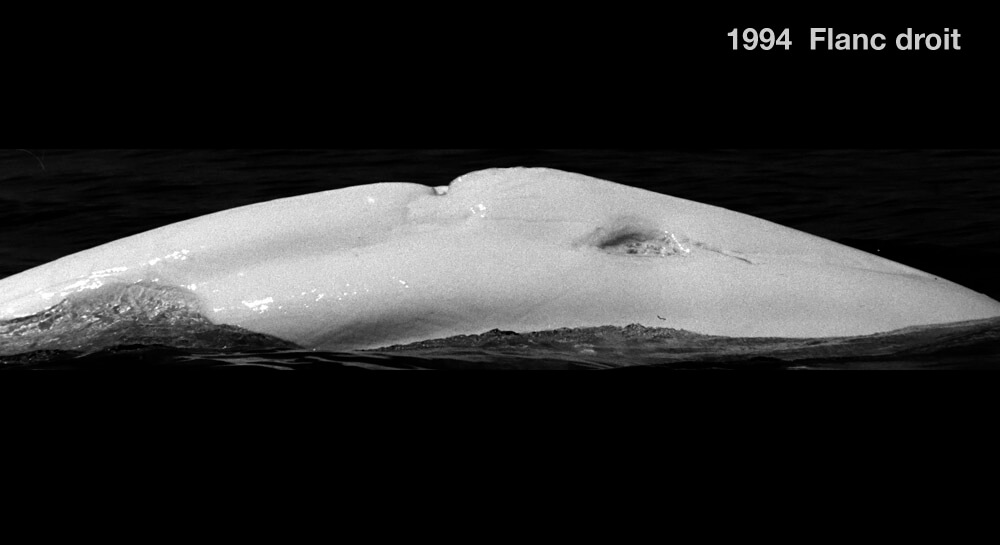 Adopted by La Marjolaine II and its passengers

Alpha can be recognized by the large scar at the end of his dorsal crest running down both flanks. On his right side, he bears a long linear scar, which in 1994 became both longer and deeper. 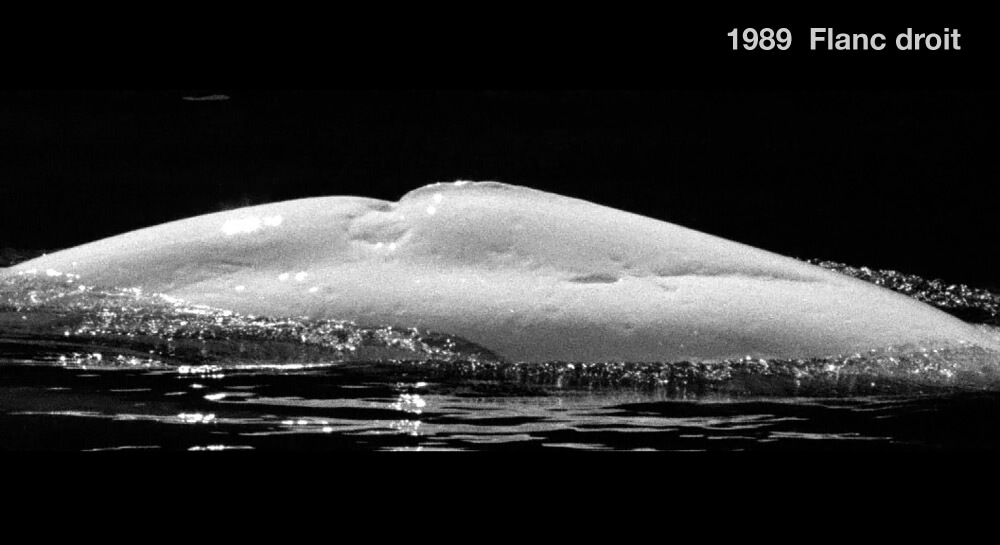 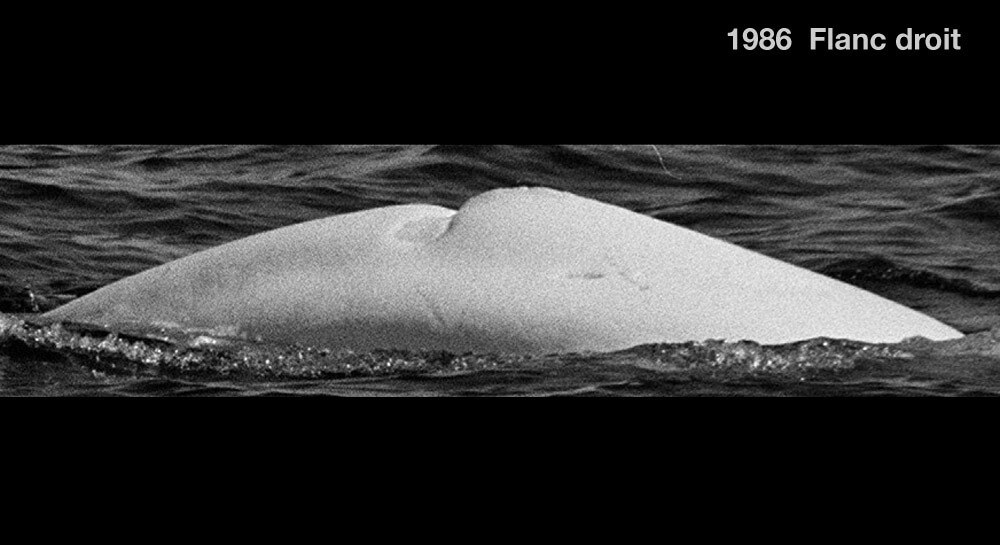 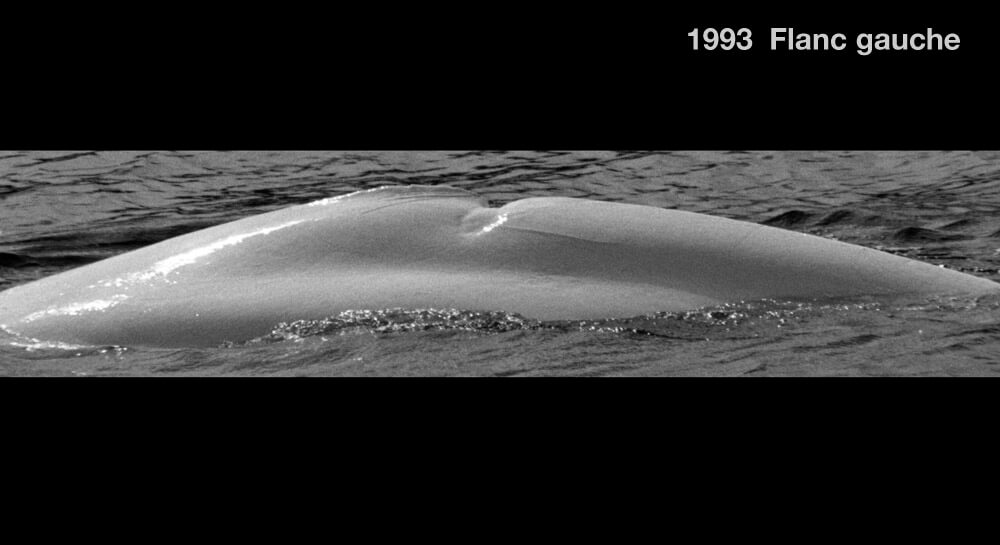 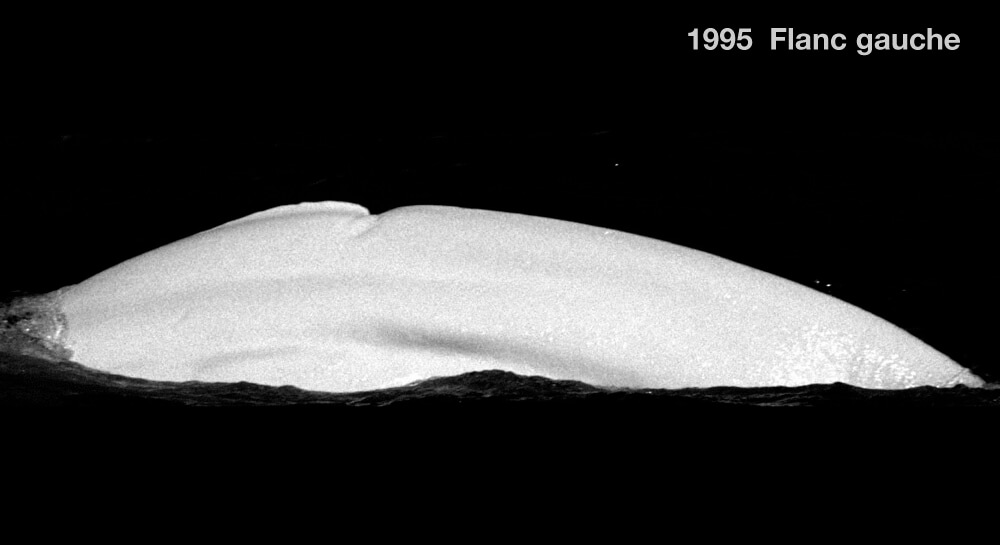 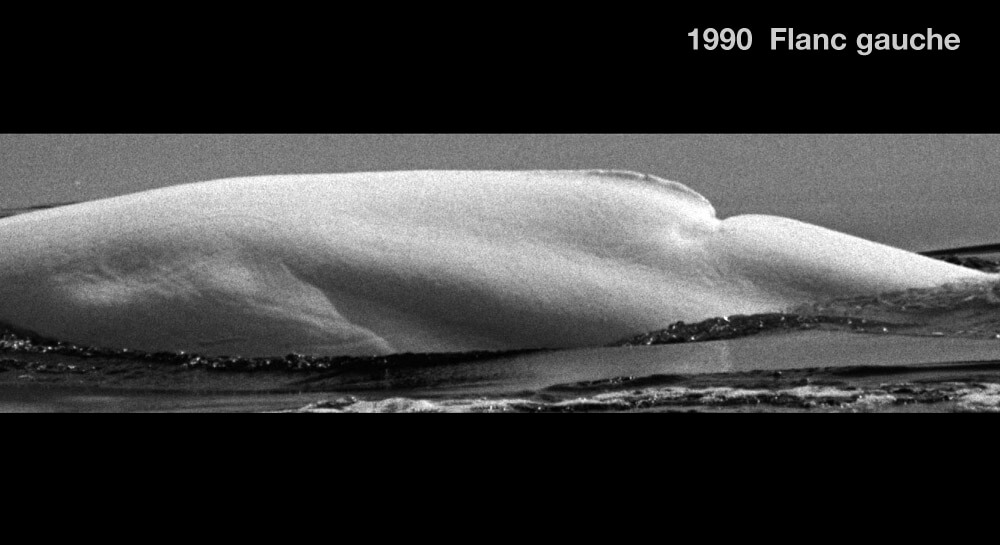 Alpha was photographed for the first time in 1980 in the mouth of the Saguenay. He was already all white at the time, which means he was at least 12 to 16 years old.

His large size and social associations are a clear indication that Alpha is a male. He belongs to one of the two networks of males that frequent the waters of the Saguenay Fjord and the river mouth.

The first observation of Alpha comes to us from the archives of Leone Pippard, who studied St. Lawrence belugas between 1975 and 1980. Alpha’s name and ID number are a reflection of the very first time a beluga from the Pippard archives was matched to the St. Lawrence Beluga Project family album initiated by the GREMM in 1985.

We find his 4.25 m long carcass on the shores of Les Escoumins. A post-mortem examination allows us to confirm that Alpha was a male; he was at least 42 years old. He died of a bacterial infection. To this day, his story remains one of the most colourful in our family album.