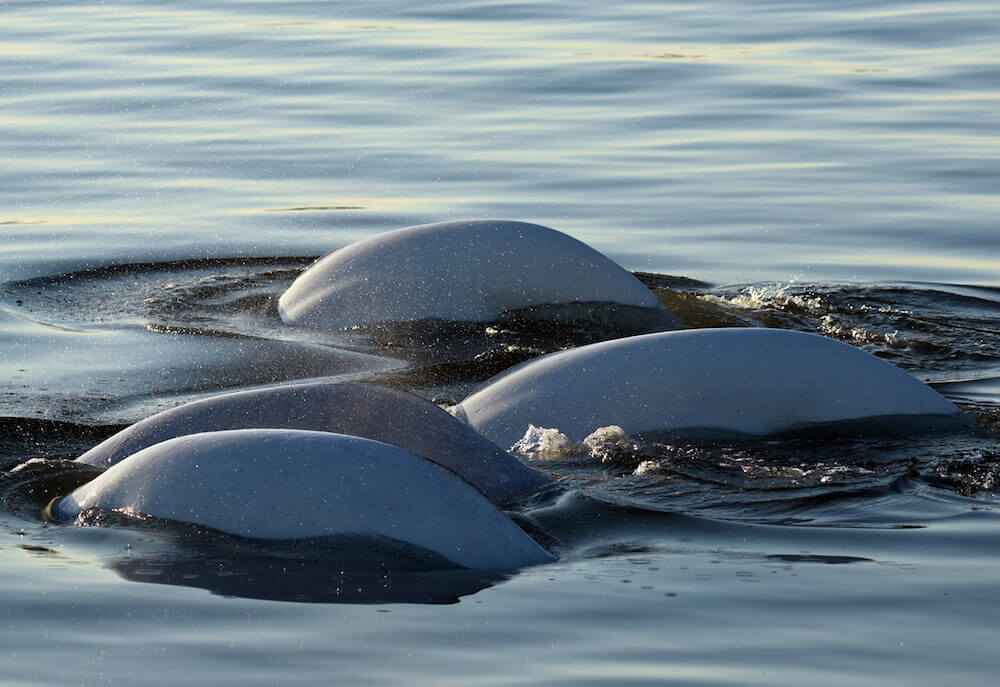 Autumn is already well upon us in Tadoussac, the sailboats have been taken out of the marina and parked in the dry dock, and soon it will be the Bleuvet‘s turn to retire for the winter.

For the research team, the season was once again very eventful. June began with the relocation of the beluga in Nepisiguit, which has not been seen since. Later came the preparation of the site for the Sainte-Marguerite Bay observation tower project. We hosted Alaskan researchers aboard the Bleuvet and, for a second time, our team travelled to Alaska to assist in a biopsy project for the beluga population of Cook Inlet. The season ended with the project on bioaccumulation and the effects of contaminants in beluga fat, which required biopsies.

Through all of this, we spent our 33rd season at sea continuing our usual photo-ID monitoring program of the St. Lawrence beluga population. This work takes us to just about every corner of the beluga’s summer grounds and every day is different from the previous one. The departure time is the only known parameter (and even that can vary), while the target sector depends on the weather conditions and the areas visited in the preceding days. We do not know when we will see our first belugas, the type of herd we will encounter, which individuals we will recognize or whether we will be witness an unusual scene that might allow us to learn a little more about the lives of these animals. Every day represents a whole range of possibilities in this work which is so vital for gaining insight into the animals’ lives and a detailed portrait of their population.

Amongst this season’s highlights, we will remember the herds containing multiple newborns, the herd of 120 belugas that stretched for kilometres, fish hunting scenes just below the water surface and, of course, the encounter with a narwhal swimming with the belugas for the second year in a row.

We also had the visit of a Berlin-based photographer, Gundula Friese, who took pictures of our team at work. You can see a very small sample of her work here: 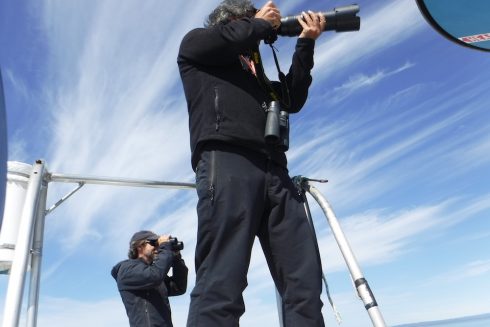 Robert Michaud, scientific director at the GREMM, taking pictures of belugas while Michel Moisan, in the back, is watching the group.© Gundula Friese 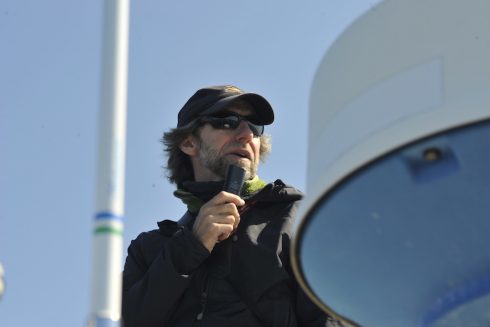 Verbal memos provide a context for contact with a beluga or group of beluga whales. In the picture: Michel Moisan. © Gundula Friese 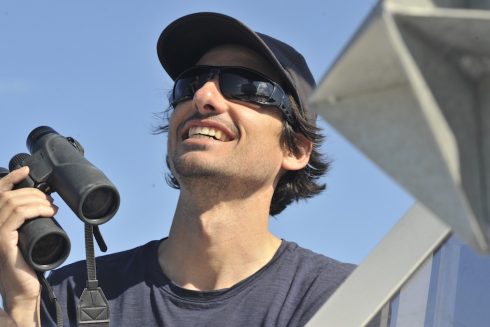 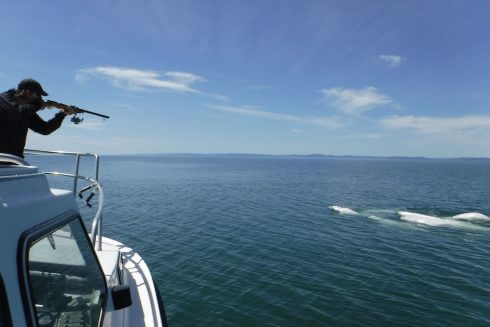 The biopsy sample always looks impressive, even if, in the end, a sample of just a few millimeters will be taken with the sting attached to the rifle. © Gundula Friese 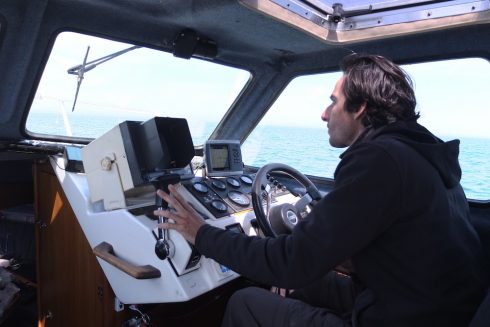