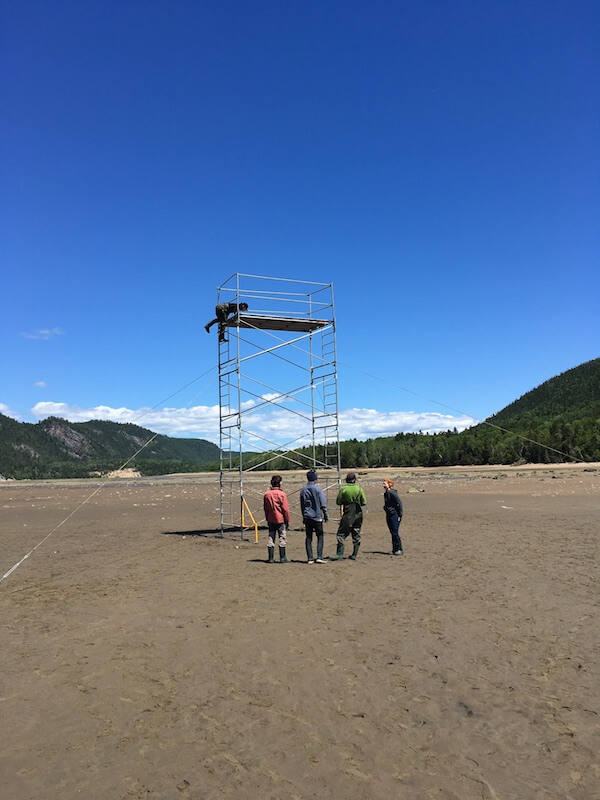 The tower will help study the belugas in their environment.© GREMM

Baie Sainte-Marguerite is probably one of the most enigmatic places within the St. Lawrence beluga population’s summer range. This is the belugas’ “holiday village”, or so the joke goes. When we follow herds swimming up the Saguenay River, we often accompany them to this place, and they rarely go farther upstream than this. The animals travel in a directional manner, seeming to know exactly where they are heading and sometimes at a very fast pace, and then, when they arrive at Baie Sainte-Marguerite, their behaviour changes dramatically. There are all kinds of socialization behaviours between animals and especially between adults and young.

This week, our team went to install a tower (scaffolding, in fact) in Baie Sainte-Marguerite to scrutinize the belugas’ slightest moves, from the air with a drone and in the water with a hydrophone. A very low tide was required for the tower to be closest to the bank and as often as possible in the water. The location had already been pre-selected and we knew we had three to four hours before the rising tide caught up with us: time was ticking! Two boats and a crew of five were enlisted to carry out this mission within the time constraints. Everything went as planned, almost without a hitch, and three hours after our arrival, seeing the rising tide invade the bay, we set out again. Within a few weeks, studies will begin from this new research station that will track belugas without disturbing them. To be continued!

Identifications of the Week 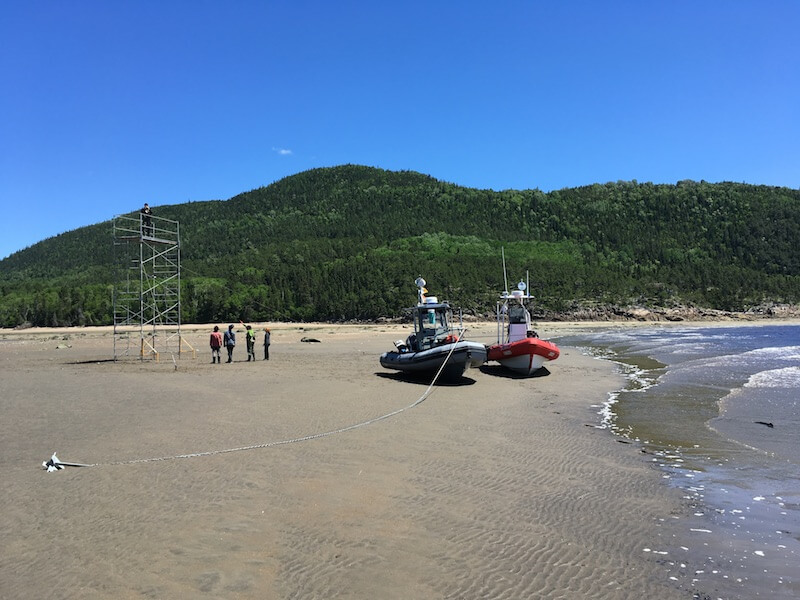 At high tide, access to the tower is submerged. © GREMM 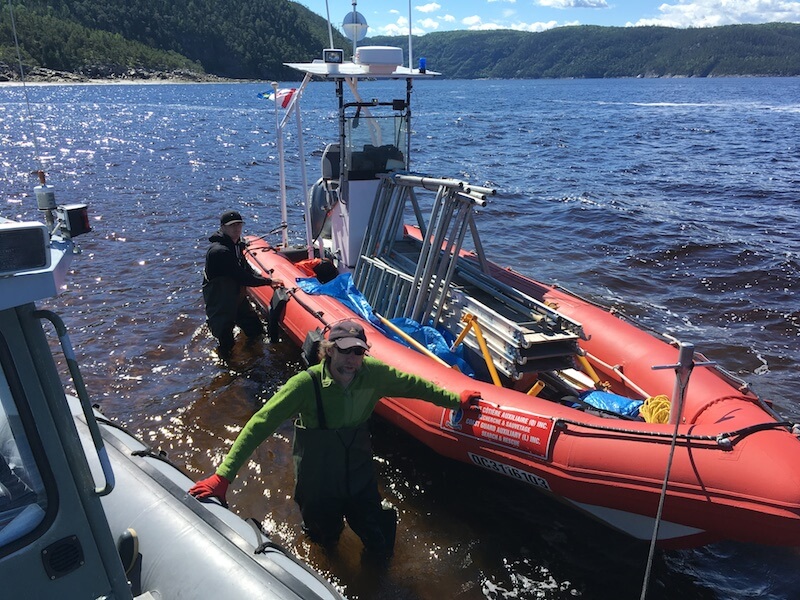 The team managed to complete the installation before the tide was too high. © GREMM
Field Notes - 10/7/2017