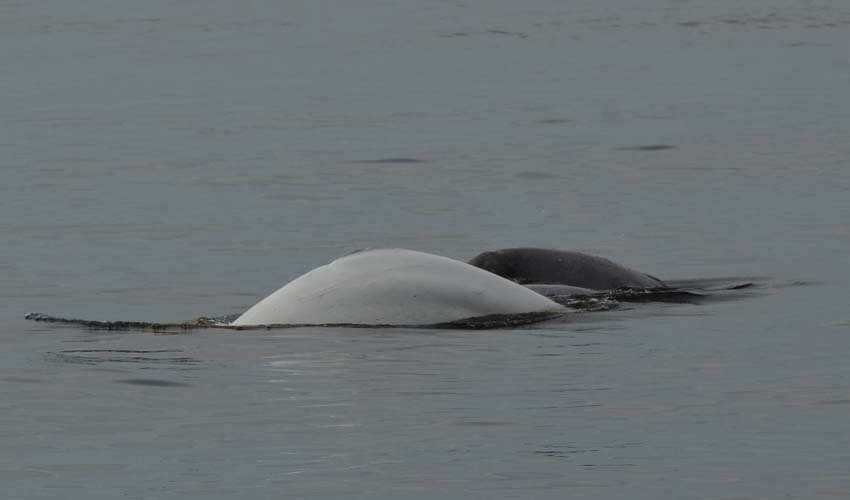 Belugas are not one of the most easily recognizable whale species. They do not systematically show their tail when they dive like humpbacks, do not show pigment patterns like blue whales, and they completely lack a dorsal fin.

In lieu of a dorsal fin, we find in belugas what is called a dorsal ridge, which contains valuable visual information to differentiate individuals. However, animals with markings in the dorsal ridge are not the easiest to recognize, especially if these gashes are small. On the other hand, some animals will have visible markings on their flanks such as scars, holes, spots, “brush strokes”, etc., that make them much easier to identify.

During the day of July 7, while amongst a herd at the mouth of the Saguenay Fjord, we observed several animals showing all these marking types, the shape of which is sometimes rather eccentric and whose origin is a mystery. For instance, look at the series of round spots on the flank of DL2503, or the scratches on the side of Dorothy that resemble scribbles made by a child. During this encounter, we were able to recognize Miss Frontenac and DL0169 thanks to their respective scars and Pure-Laine thanks to the small “brush stroke” on her left flank.

Below is the complete list of animals identified this week by our sharp-eyed lab technicians. The majority of identifications take place at the office when comparing photos. At sea, the brief glimpses offered by the animals do not always allow individuals to be recognized.

Identifications of the week 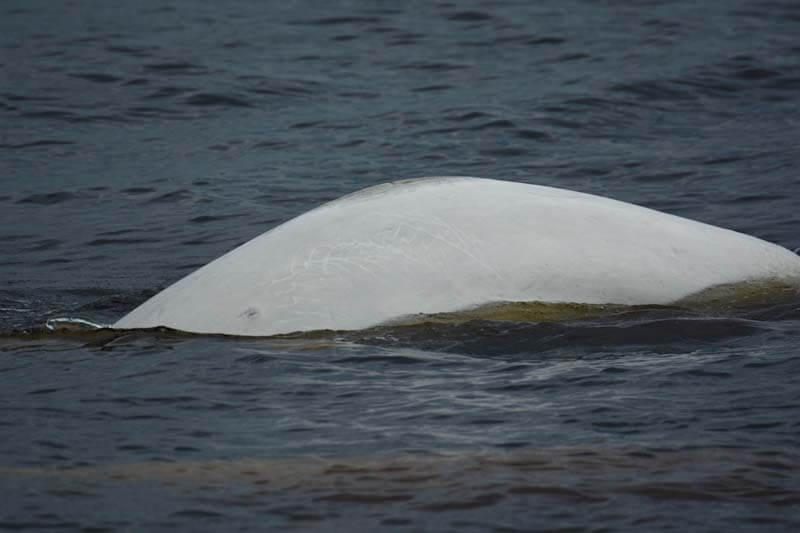 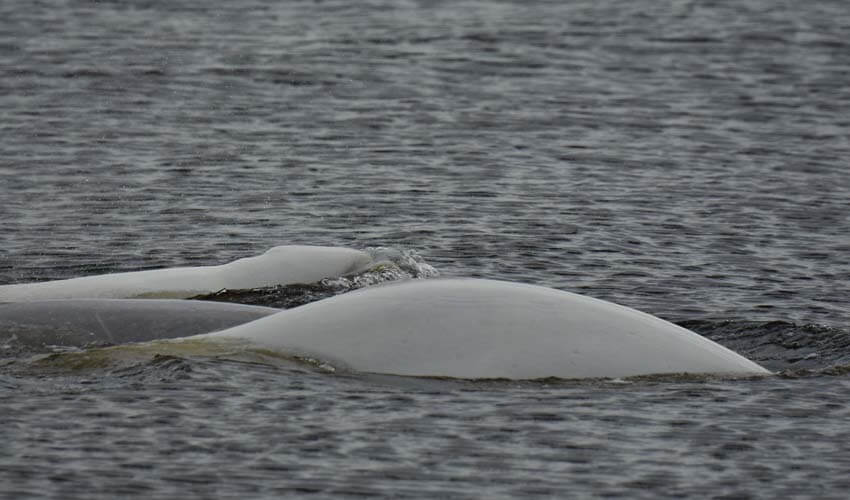