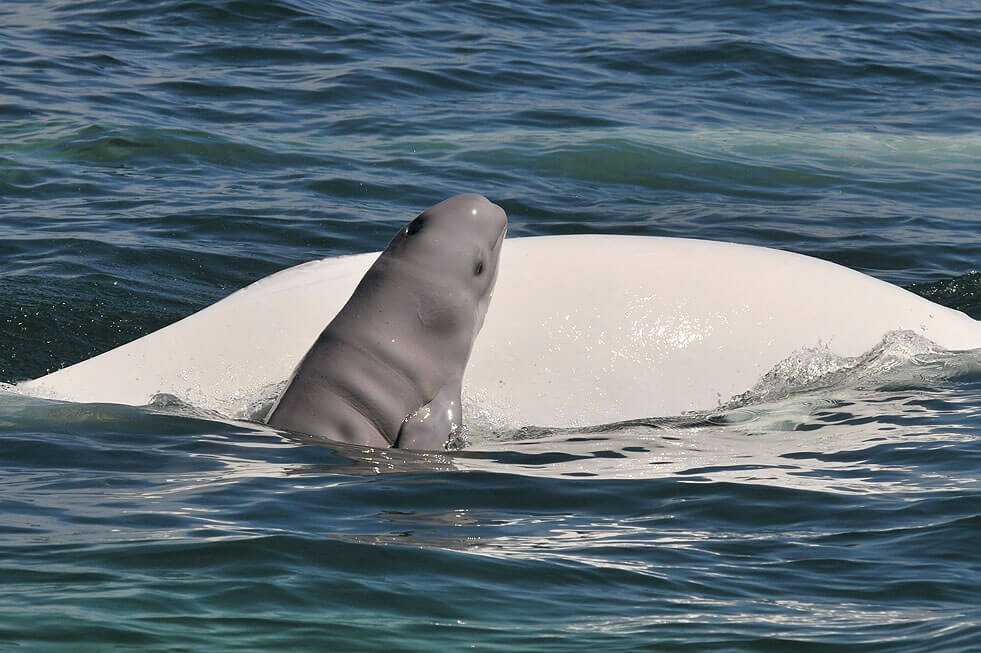 A newborn beluga comes to the surface to breathe © GREMM

Our team began to see the first calves of the year several weeks ago already, but in the past two weeks, we have been encountering them in almost every herd, and even up to five in a single herd!

When it comes to determining whether a young animal is indeed a newborn, that is to say a beluga born this year, caution is warranted. This is easy to determine at the start of the season, but as the months go by, the differences between calves and juveniles become increasingly less pronounced. Indeed, we must be cautious in identifying newborns, as it is better to have a realistic picture of the state of the population than an overly optimistic one.

Thus, before we can confirm that it is a calf, the animal must meet at least three of the following criteria:

It must be “café au lait” in colour;

It must have fetal folds;

It must appear to have a black eye;

It must breathe on the surface in an awkward manner;

Its size should be about one third of that of its mother.

In the same manner, before confirming the relationship between a mother and her offspring, we need to see them several times together during the same contact, and even multiple times in the course of the summer. This cautiousness stems from the fact that other members of the group or herd may temporarily care for a newborn that is not their own, as Jaclyn Aubin attempts to demonstrate in her Master’s project on alloparental care. 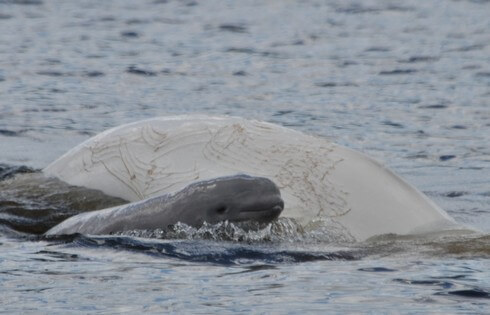