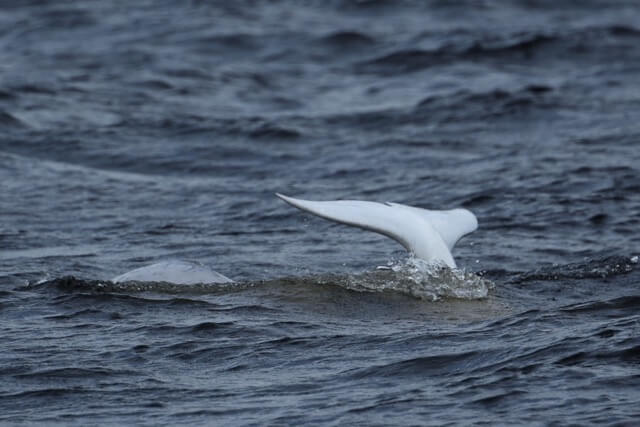 After a first week spent in the upstream sector on the north shore side, the week of June 19 unfolded mostly in the company of belugas frequenting the Saguenay River and its mouth. Strong winds blowing over the St. Lawrence confined us to a more restricted study area, but one in which we can always (or almost always) find belugas.

On Tuesday, June 20, between the rain and the wind, the weather forecast isn’t too encouraging, but a short window of a few hours might give us a chance to work, if we’re lucky. And luck is on our side, as there’s no rain and not yet too many waves. The cherry on the sundae is a herd of belugas just outside Tadoussac, between Buoys S7 and S8. The herd is fairly scattered, with no large groups; we tally about fifteen individuals who seem to be moving slowly out to sea. Some animals have well marked dorsal crests, but we don’t recognize any of them immediately. After an hour 45 minutes, we leave this herd to find other animals. The wind has already moved well offshore, so there’s really not much choice but to go to the Saguenay where a wall of rain awaits us past Cap de la Boule. The day ends there, but we feel lucky to have been able to make an encounter in such a short window despite the bad forecasts!

Hector  — adopted by Les Cowboys Fringants and their fans in 2017 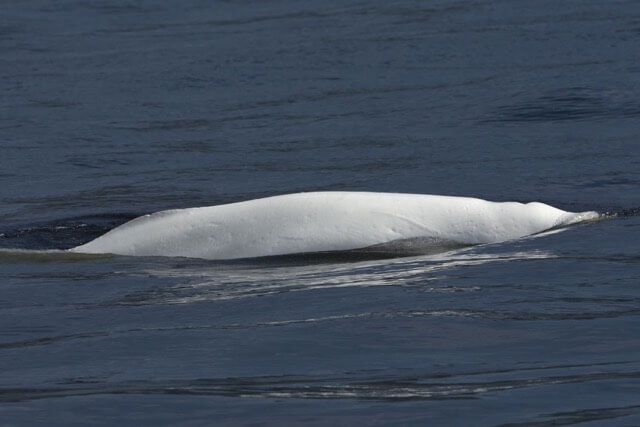