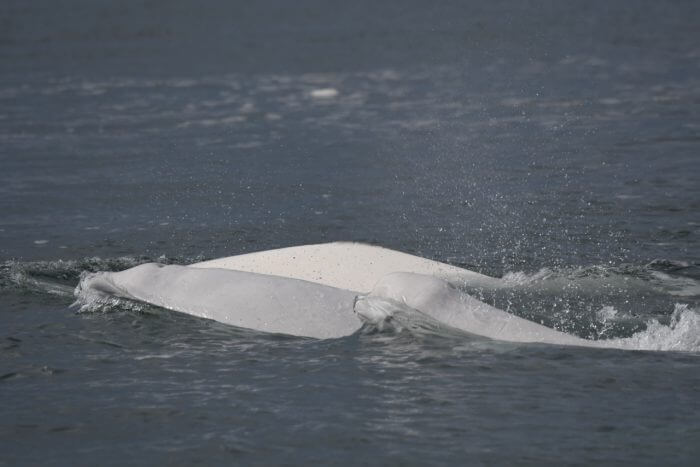 For the past two weeks, the weather has not been on our side. A significant number of days of field work were cut short due to the fog and, even when the latter lifted, the wind soon became too strong to take photos or biopsies.

Despite everything, we did luck out with a few nice days, notably in the downstream area in the vicinity of Île aux Pommes and Île aux Basques. We encountered herds of roughly sixty individuals, mainly adults and juveniles. Among them were several animals with distinctive markings from which we were able to take biopsy samples.

For our last week in the field for 2017, we cross our fingers that Mother Nature will cooperate and help us finish the season on a positive note.

Preliminary identifications of the past two weeks 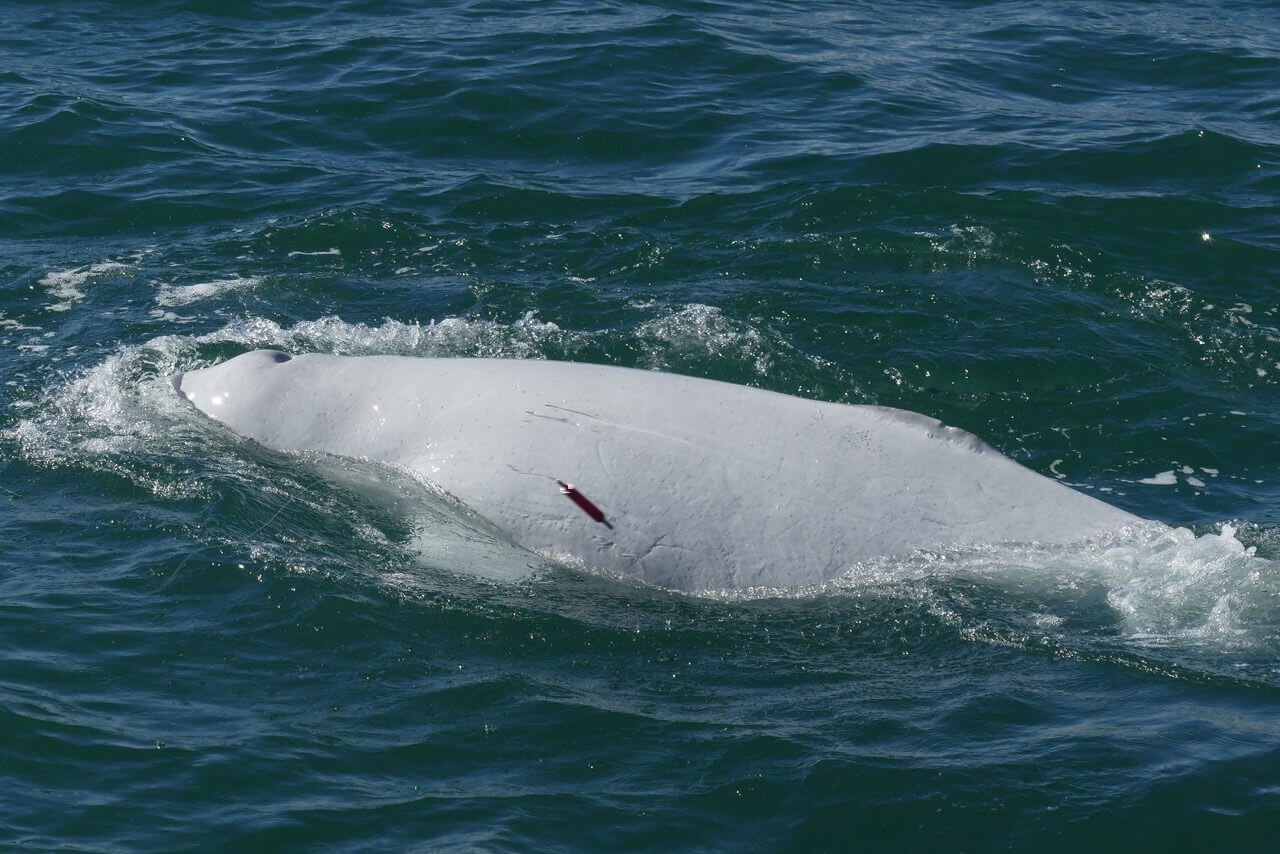 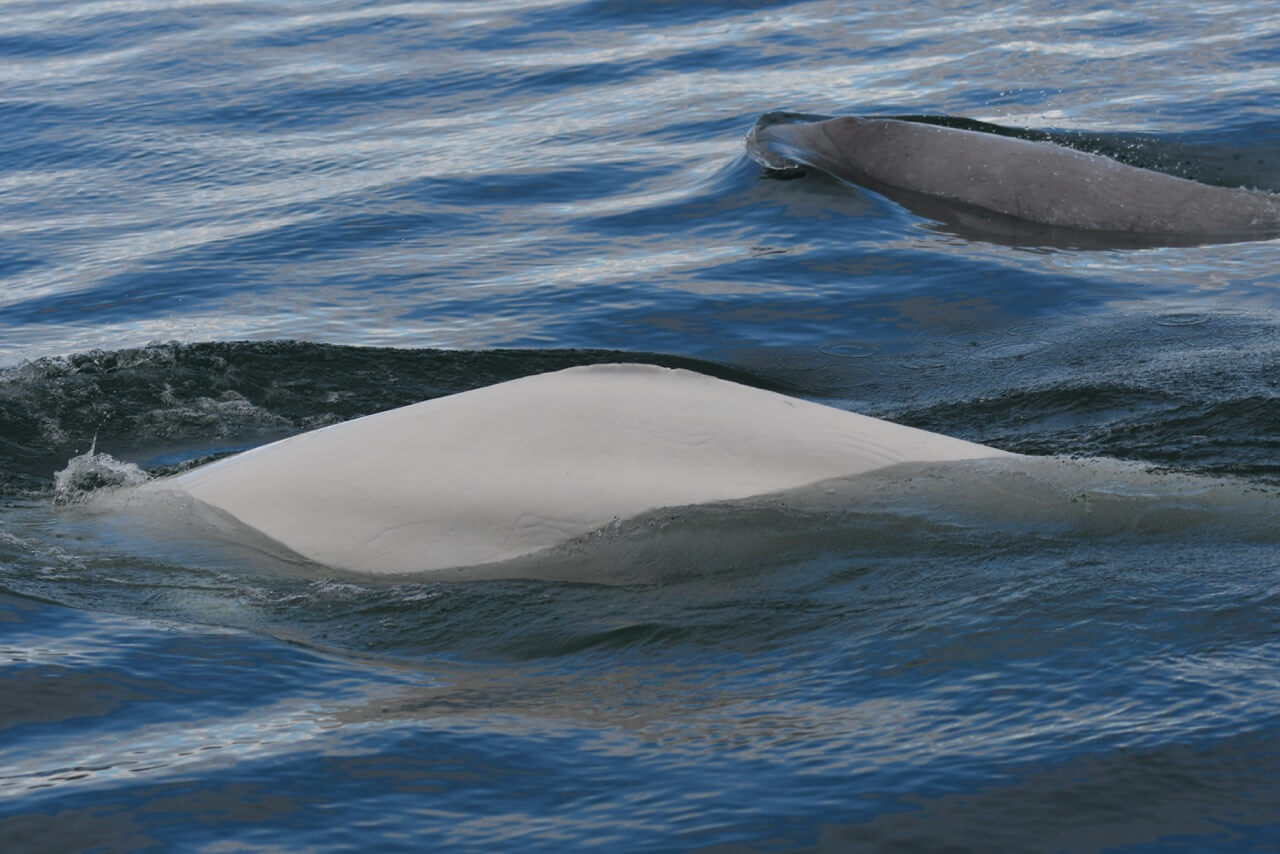