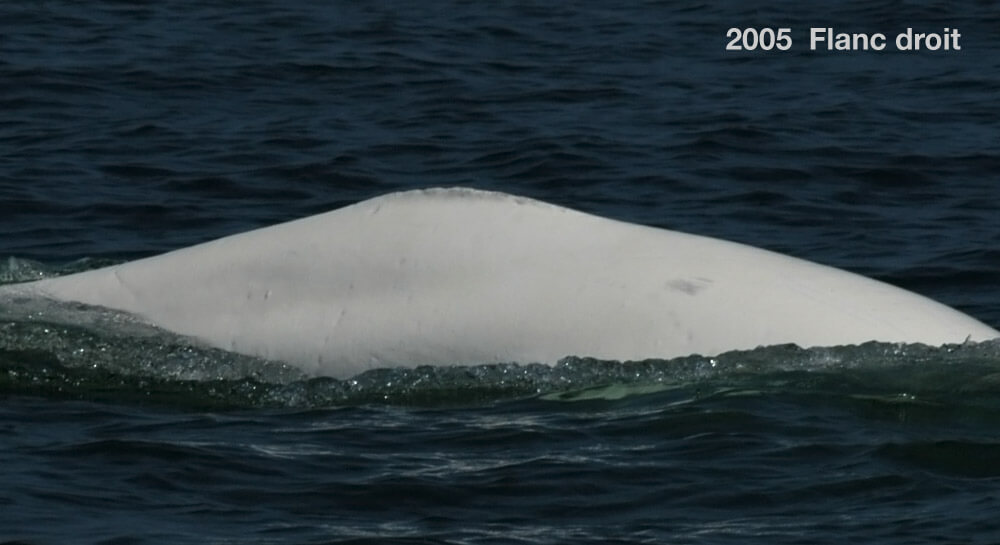 Faint markings in Blue’s dorsal crest are sufficient for a positive identification using just this body part. He also has several overlapping small, grey lines on his right flank in front of his crest. 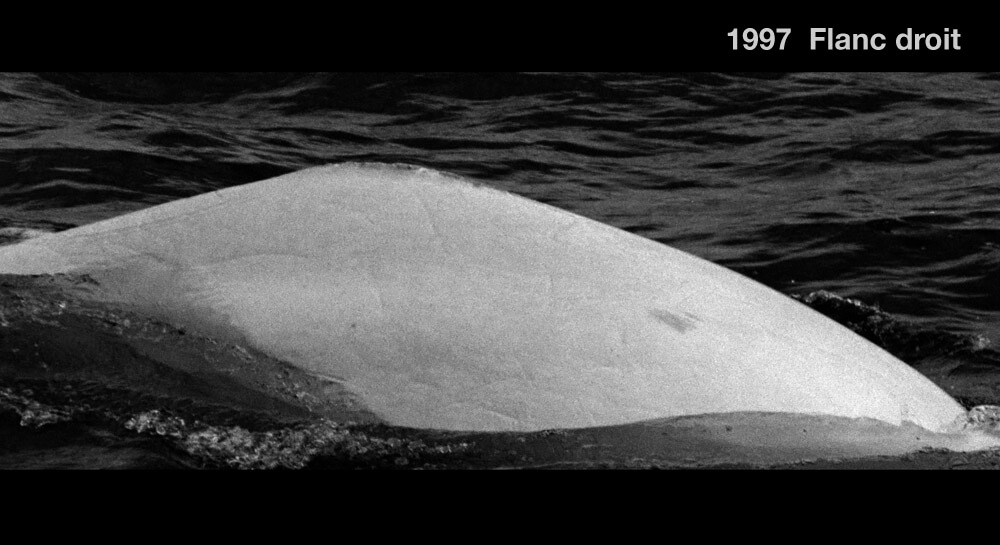 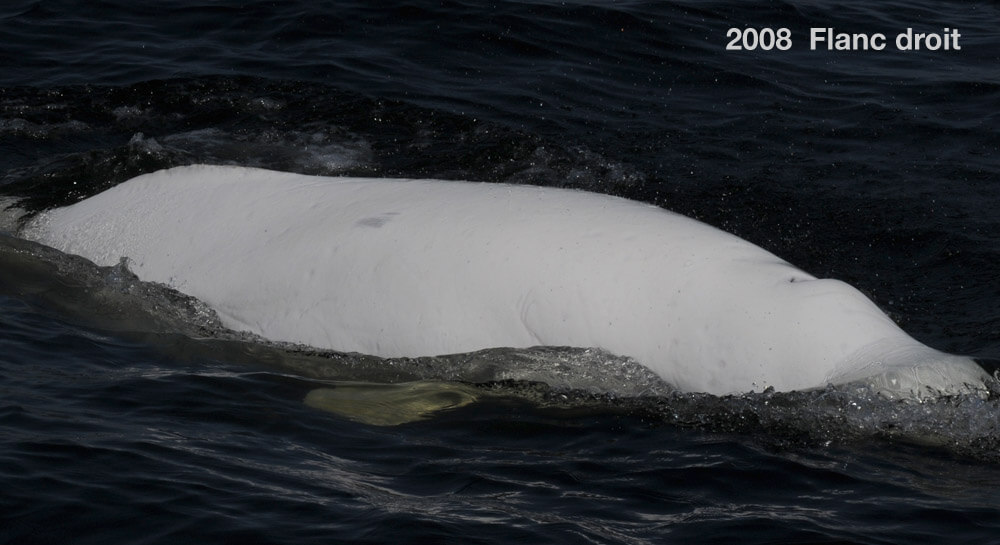 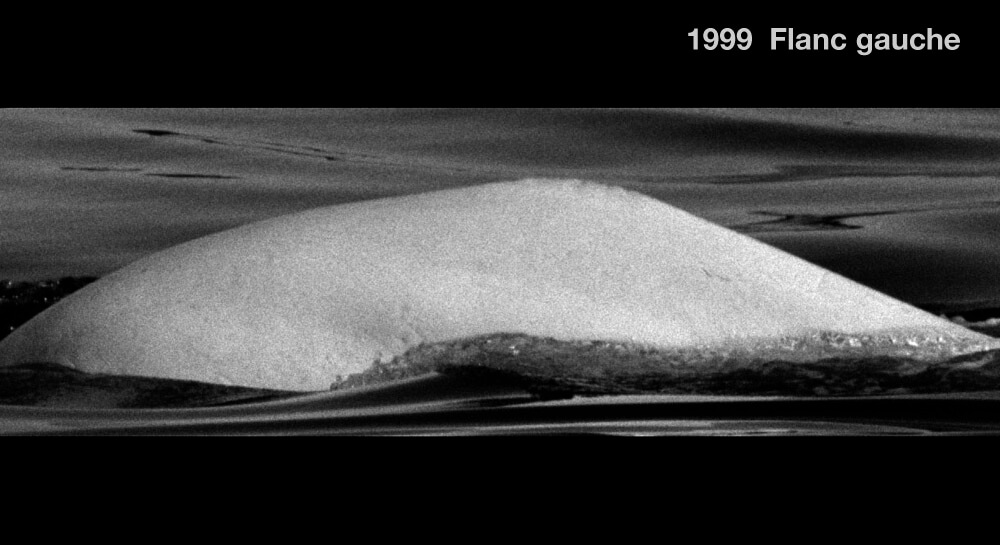 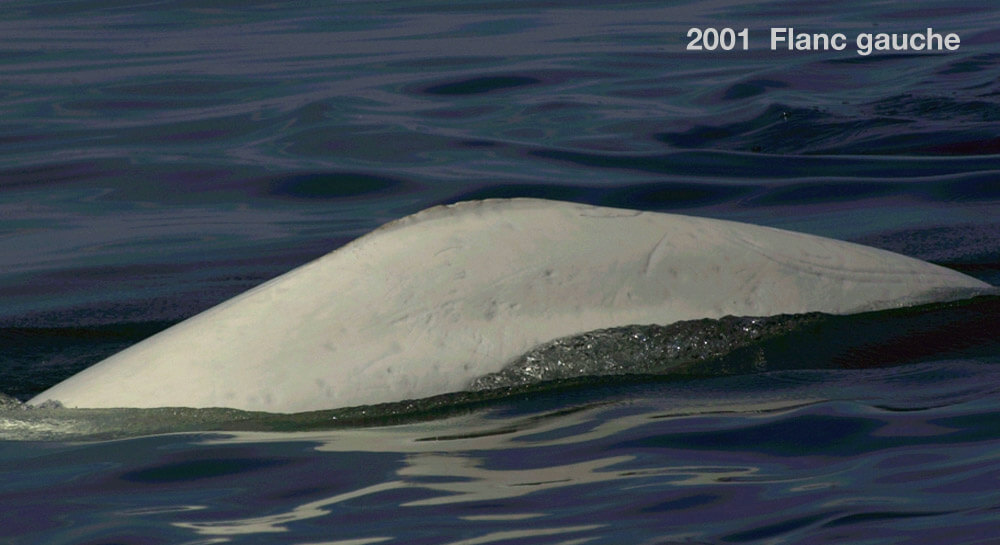 The first time Blue was photographed was in 1996 when he was a young, grey beluga whale. He turned white around 2008. The colour change in beluga whales—their transition from grey to white—takes place between the ages of 12 to 16. Thus, Blue was born in the early 1990s.
Blue is often observed in large, very active herds in the downstream portion of their summer range, between Tadoussac and Les Escoumins, as well as in the Cacouna area. These herds are predominantly composed of young males, like Blue. Blue’s gender was confirmed through the genetic analysis of a biopsy sample, a small piece of skin that was taken from his back in 2001.
As males get older they tend to form stable groups. We know of three male networks, two of which travel the waters of the Saguenay Fjord and the head of the Laurentian Channel. The other, known as the “Downstream Boys”, also navigates the head of the Laurentian Channel, as well as the downstream portion of the Estuary. Although their territories overlap, individuals from one network rarely rub shoulders with males from the other networks. These associations become progressively more established at the adult stage and may play a role in their reproductive lives. We still do not yet know any of Blue’s faithful companions.

The next chapter in Blue’s story will teach us a lot about the evolution of beluga whale social lives. For example: what sector will he prefer as he gets older? Who will his lifelong companions be? Learning how beluga whales live will enable us to better protect them.

We cross paths with Blue off the coast of Rivière-du-Loup, in a large herd of around one hundred individuals. The animals are swimming alone or in very small groups and are heading upstream. Within the herd, we notice a few entirely white individuals, but 60% of them are gray or slightly gray. The herd is composed mostly of young belugas, grays and others that we refer to as “dirty white”, which are less than 20 years old. We also observe a newborn and a “bleuvet”, that is to say a second-year beluga. In the course of this encounter, we perform seven biopsies. A successful day!