Twelve Years of Encounters with Humpback Whale H626 (a.k.a. BBR/Gaspar) 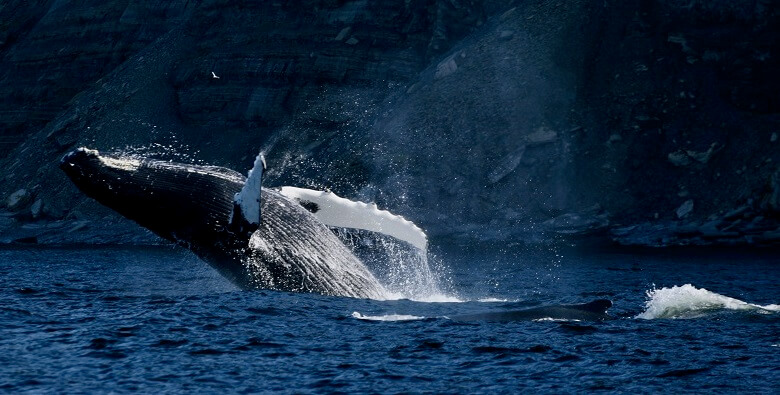 René Roy has crossed paths with H626 almost every year since 2008. © René Roy

For many years now, I have regularly gone out on the water every summer as well as a good part of the fall in search of cetaceans, both in the Gaspésie and at the gateway to the Estuary. This regularity allows me to see certain individuals over and over again and see them grow and age from year to year. Such is the case of the female humpback H626, whom I’ve known and tracked for 12 years.

For those who aren’t familiar with her, H626 was born in 2005 to Helmet (H166), a regular in the Blanc-Sablon and Mingan regions. H626 was first observed near the municipality of Rivière-au-Tonnerre, near Sept-Îles, which earned her the nickname Boom-Boom River (BBR) [Translator’s note: Rivière-au-Tonnerre translates as ‘Thunder River’]. From 2006 onward, she adopted the Estuary as her summer home, where she is known as Gaspar. She has been observed there every year, with the exception of 2008. In the Saguenay-St. Lawrence Marine Park sector, she is known as Gaspar.

The first time I saw H626 at sea was in 2008 near Île Plate, not far from Percé. She was probably about three years old at the time and was swimming alone. 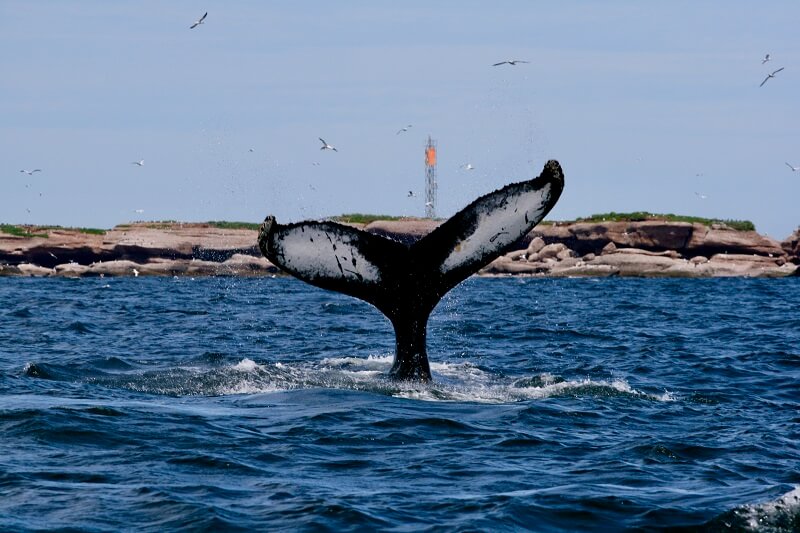 H626 was alone when René Roy met her for the first time. © René Roy 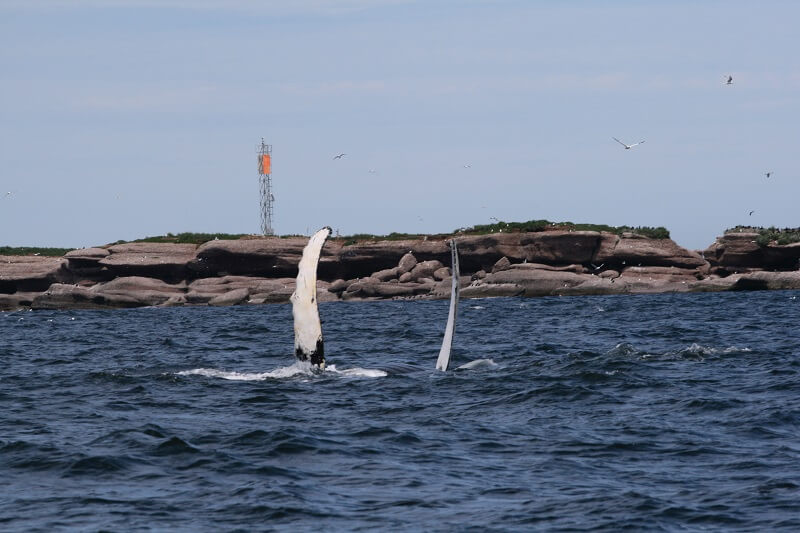 Ever since that first encounter, I have seen her every year, with the exception of 2019 and 2020, and almost always in good company! I have observed her several times, notably with Pseudo (H008), Irisept (H492) and the famous Tic Tac Toe (H459).  The point of this exercise is to be able to observe the fidelity of these animals to one another, especially between females. For example, I observed her three times over three consecutive years as an escort for a mother/calf pair, notably with Irisept (H492).

In July 2009, off Cap Gaspé, she was seen escorting the female Manta (H584) and her first-year calf Chaplin (H744). The following year, I found her off Cap-d’Espoir, near Percé, together with H759. 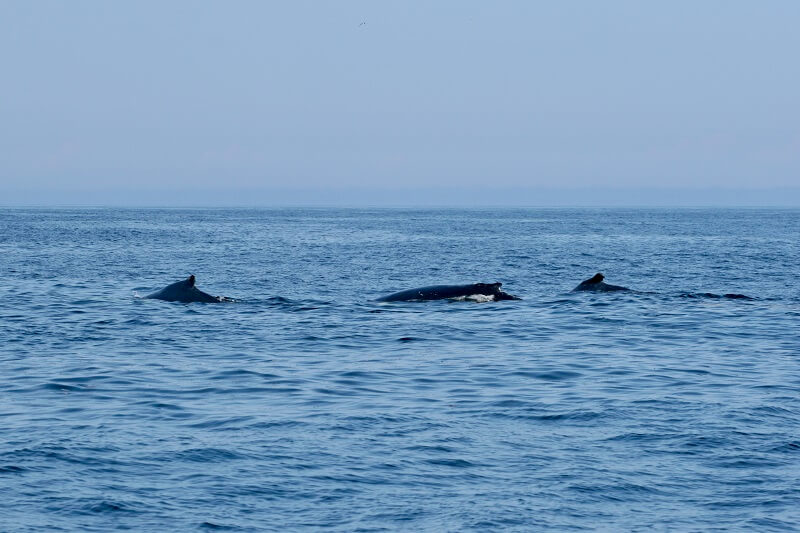 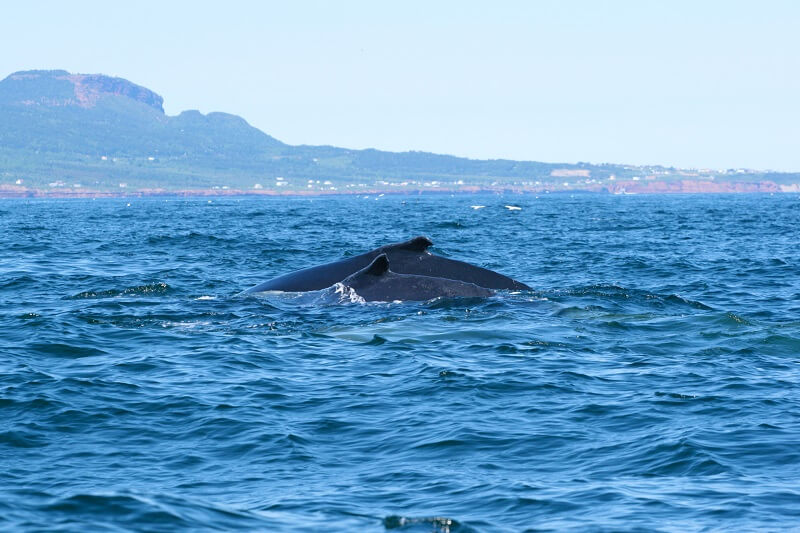 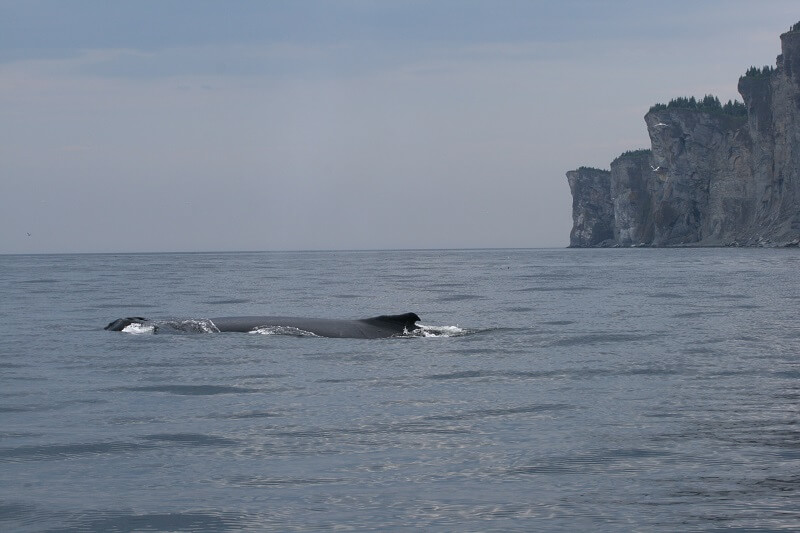 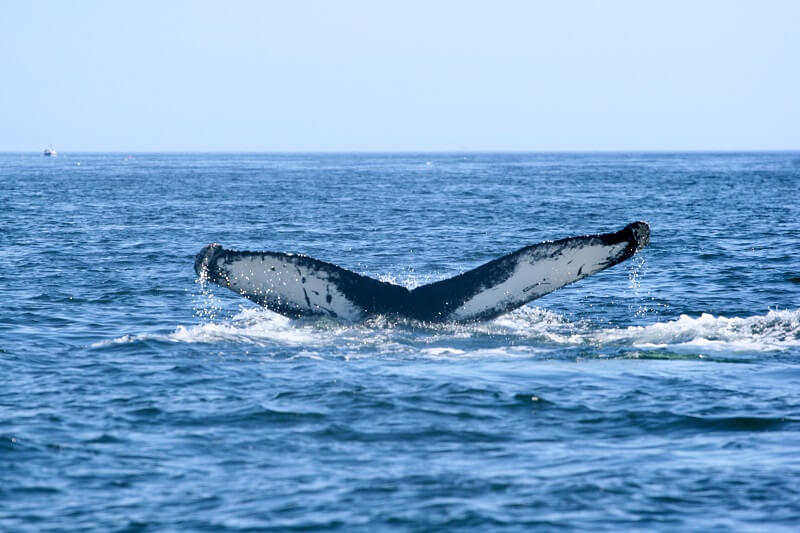 The year she turned 8, in 2013, I had the opportunity to accompany researcher Christian Ramp to perform a biopsy of the then 8-year-old BBR off Cap Gaspé. This biopsy confirmed that BBR is a female. At the time of this intervention, she was accompanied by Irisept (H492) and Tic Tac Toe (H459). 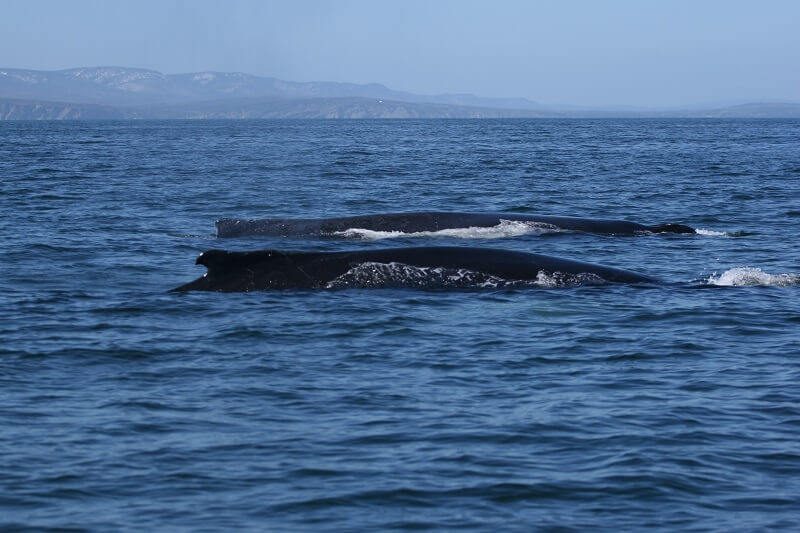 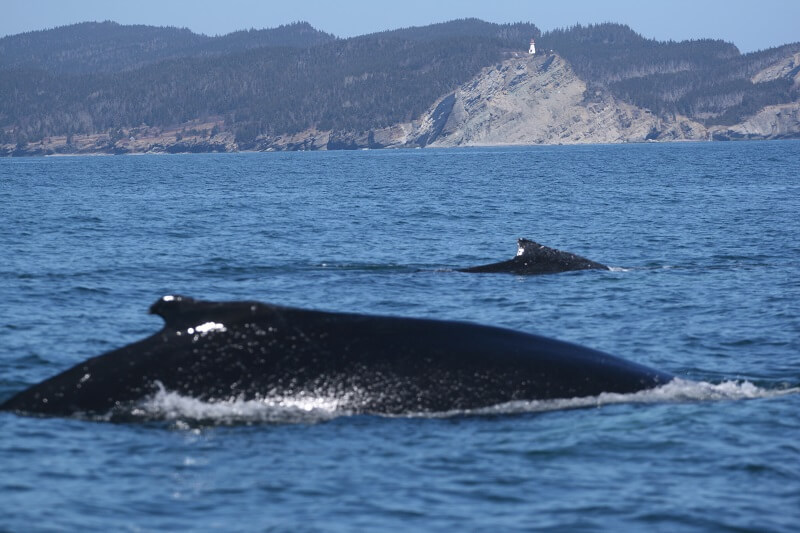 The following year, in July, I was lucky enough to see her on two occasions. The first time was in Gaspé Bay, when she was escorting Calypso (H573) and her calf, H817. The following day, she was at Cap Gaspé swimming with Paloma (H692). Conversely, when our paths crossed again in 2015 near Île Plate, she was swimming alone. 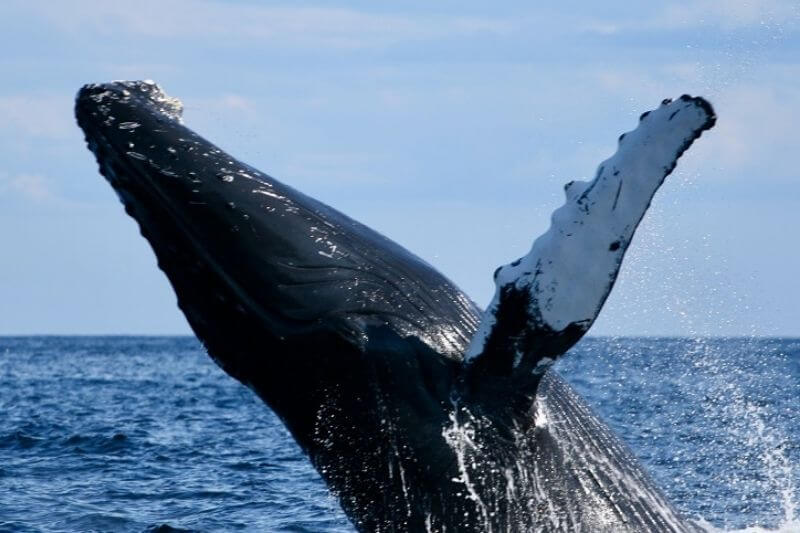 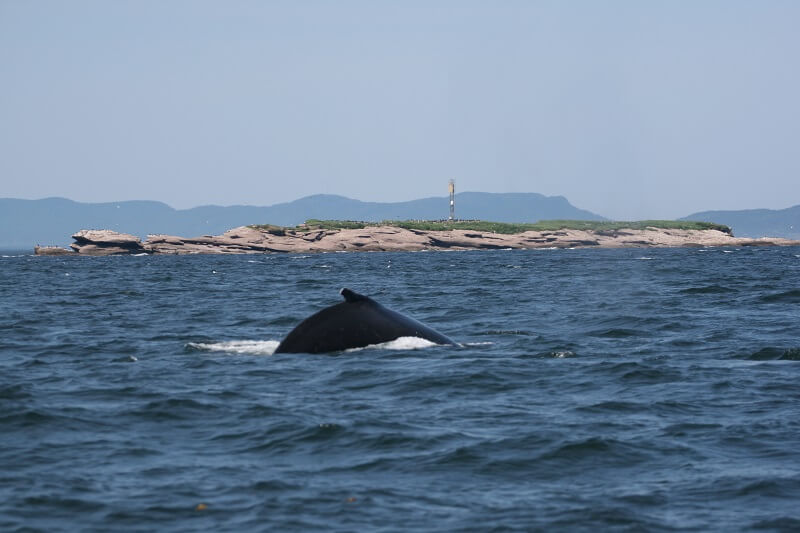 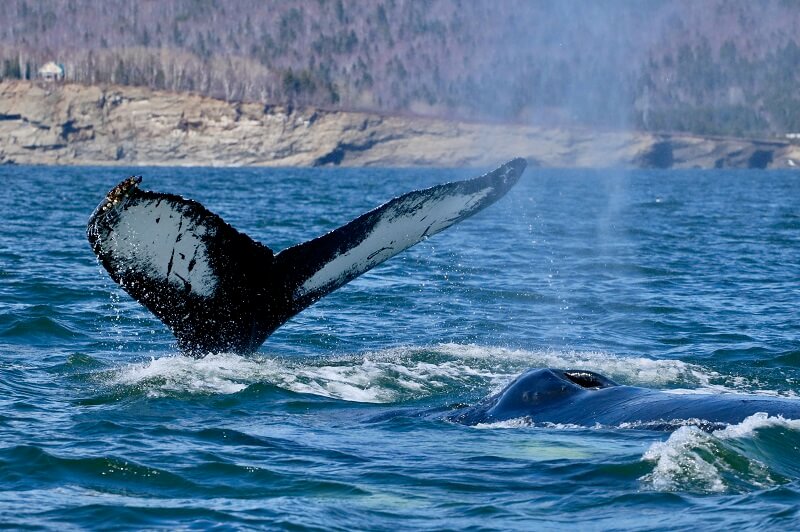 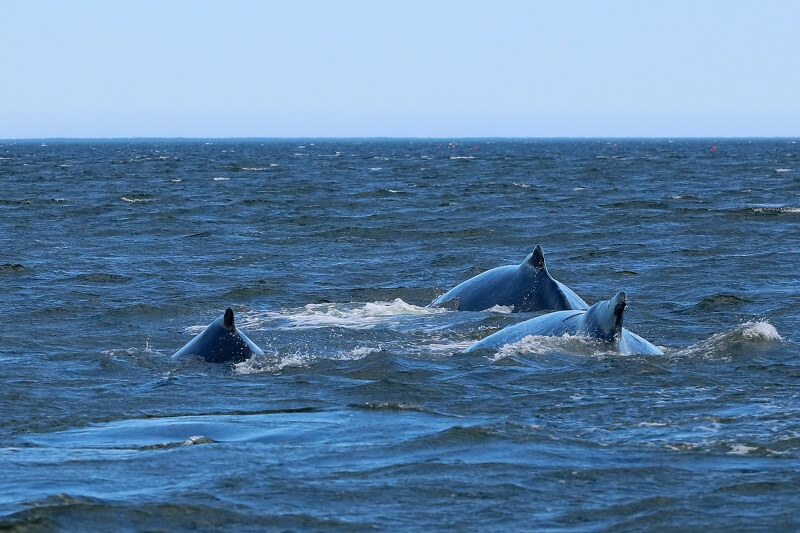 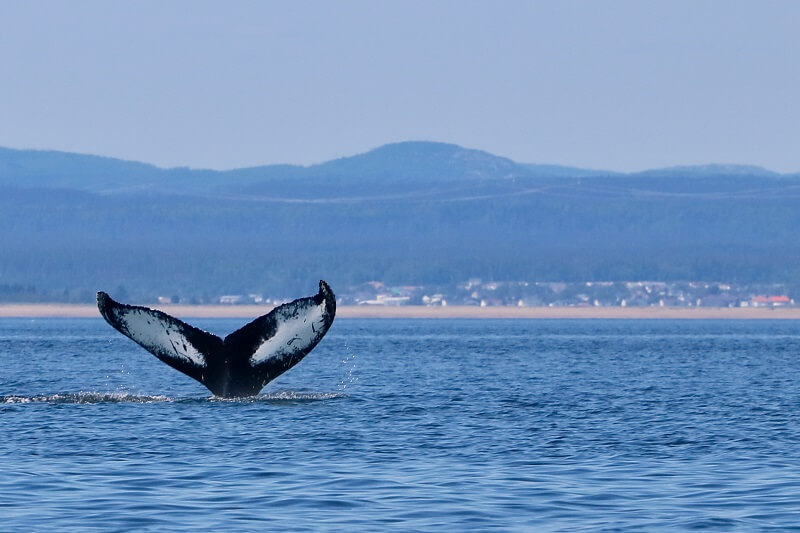 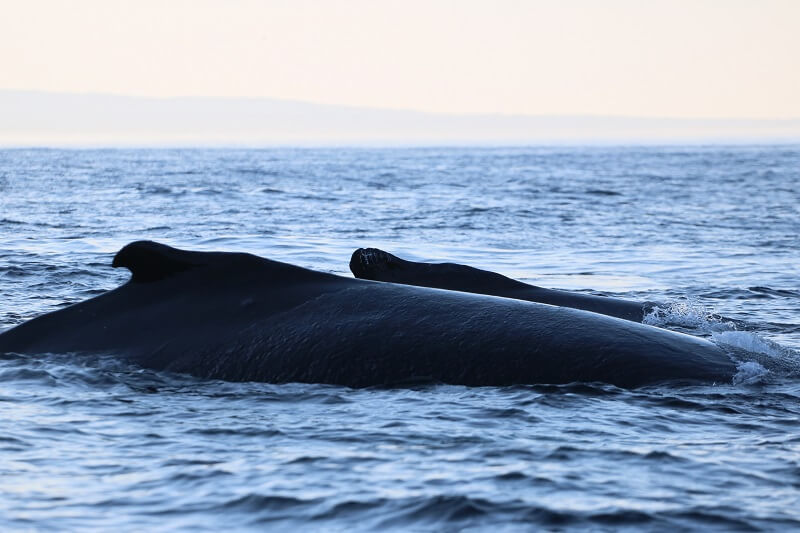 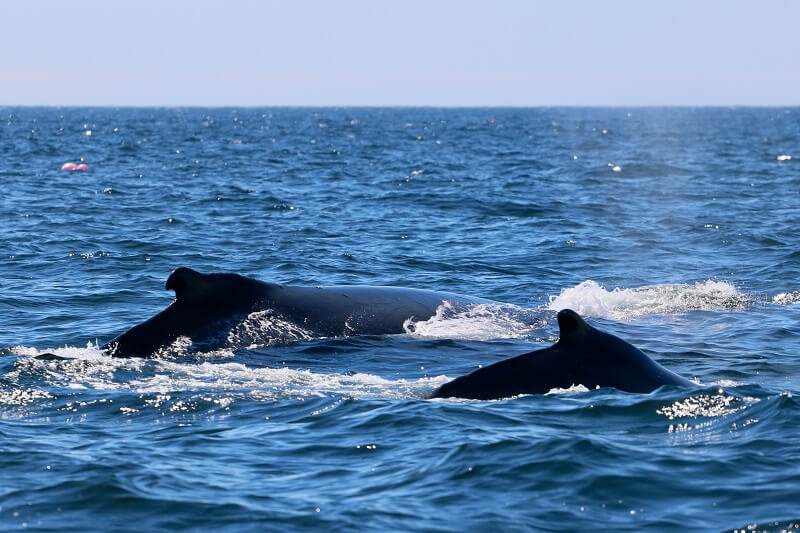 After about 20 encounters over 11 consecutive years, from 2008 to 2018, and two years without observing her, I finally found her in the estuary in 2021, off Les Escoumins, with a little surprise: her own calf of the year. This time, she is escorted by a young whale, H957.

This is why I am always very excited to see this animal again, which has become almost mythical for me. 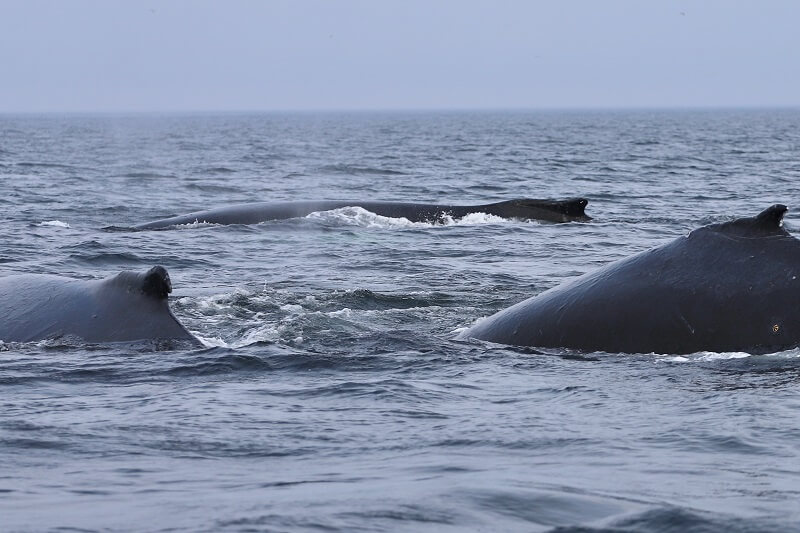 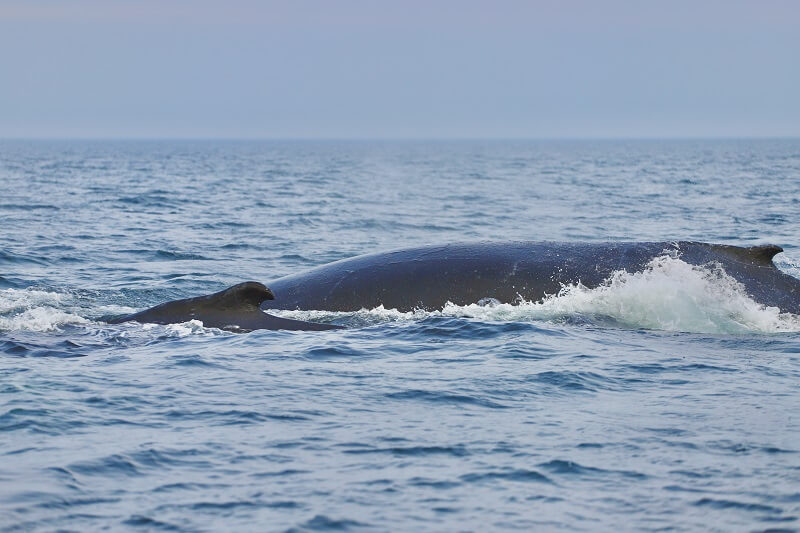