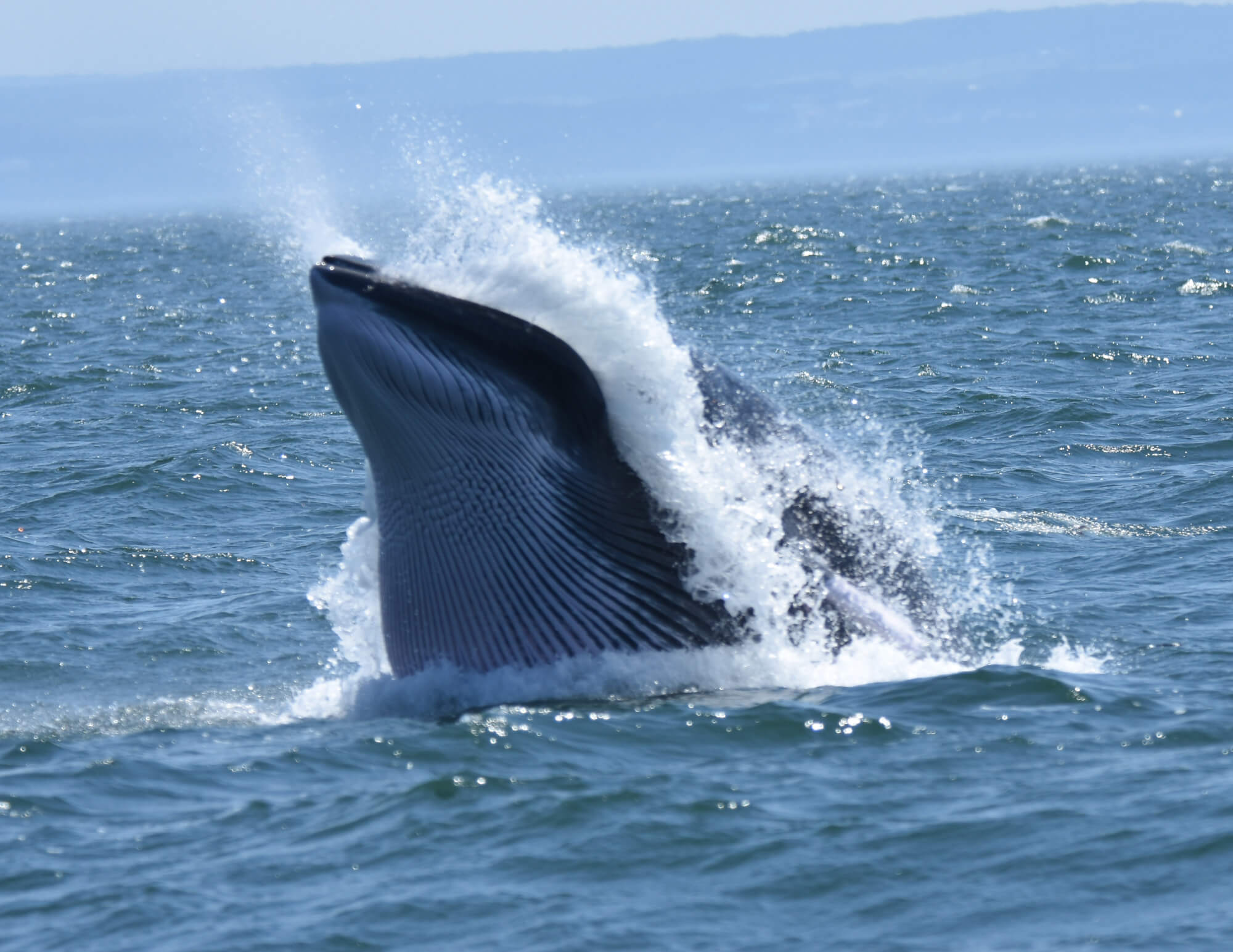 Is it really necessary to produce saliva when one’s food arrives already full of water? © GREMM

As we know, whales are big eaters and can detect their prey from afar, some species thanks to their sense of taste and smell, others using echolocation. But do their mouths water at the thought of a sizable school of fish or the sight of a cloud of krill? In other words, do whales salivate? This is the eyebrow-raising question our editor-in-chief Marie-Ève Muller asked herself when writing her “Observations of the Week” column. We set out in search of the answer.

In the animal kingdom, salivation is a reflex caused by the sight of food or an appetizing smell. It is quite simply our mouth that, after being informed by our senses, prepares to receive food and begin chewing. Studies like Pavlov’s have also shown that salivation can be activated by an external stimulus, such as the ringing of a bell preceding the arrival of food.

In humans, the memory or anticipation of a meal can also cause one to salivate. This natural phenomenon has given rise to the expression that one’s “mouth is watering”. It is difficult to know whether whales are able to recall or anticipate a good meal. But the success of conditioning techniques in captive dolphins, belugas and killer whales suggests that this could be the case. 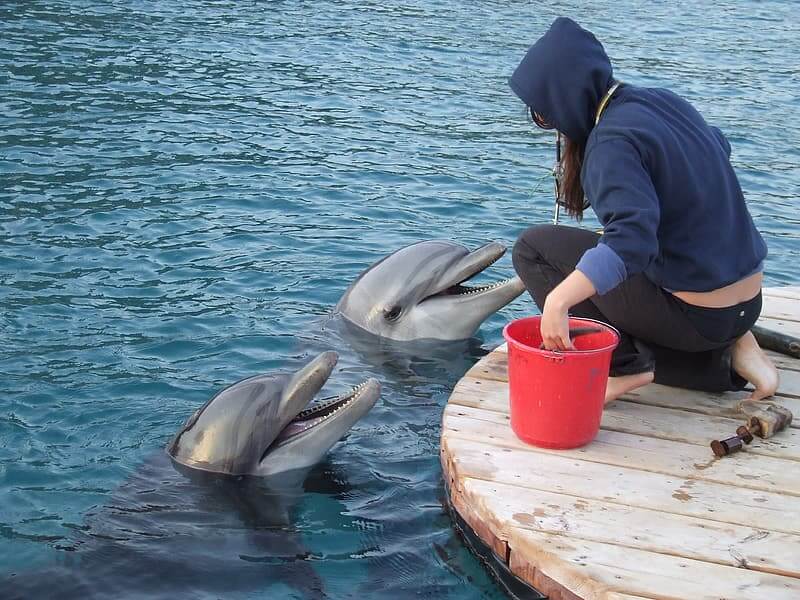 In humans, the sight of an appetizing meal triggers the salivary glands. Does the same hold true for dolphins in captivity? © Creative Commons

Anticipating a good meal is one thing, but in order for one’s mouth to water, it is also necessary to have salivary glands, which are located near the mouth and which produce saliva. However, in cetaceans, the salivary glands are atrophied or even non-existent. They are therefore generally present, albeit small, and how they function is not entirely understood.

Thanks to a 2019 study on the genome of several cetaceans, we nevertheless have a clue: it seems that during its transition from land to sea, the ancestor of today’s cetaceans lost a number of genes, including SLC4A9. “The gene we found to be lost in cetaceans normally contributes to saliva secretion,” specifies Michael Hiller, researcher at the Max Planck Institute and co-author of this study. “[B]ut there are also other genes involved. These genes are not ‘broken’ but they could be silenced. Whether this is the case, is not known.”

It could therefore be that the salivary glands are vestigial, meaning they are now unused but still present, much like our appendix, for instance. Though perhaps they still produce some sort of saliva or mucus… “SLC4A9 knockout mice displayed a 35% reduction in saliva secreted from the submandibular gland,” notes the study. How much its absence affects cetaceans, however, remains a mystery. 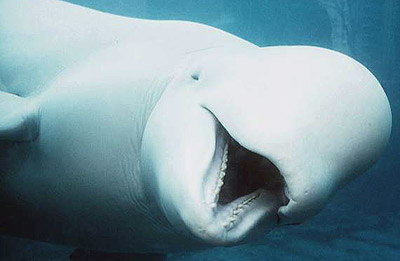 Adapting to an aquatic environment

One thing is for sure: it is life in the aquatic environment that is responsible for this absence or reduction of saliva production. Moreover, it is noted that manatees have also lost this famous SLC4A9 gene in the course of their evolution, which is not the case with seals, which spend part of their life out of water.

For Michael Hiller, there are several possible explanations from an evolutionary standpoint. “Saliva is certainly unnecessary as whales cannot use the digestive enzymes that are normally present in saliva when they feed, as seawater would dilute saliva a lot. Also, they don’t need saliva to lubricate food.” Therefore, the lack of or diminished saliva production is believed to be due to the fact that it was no longer needed.

“Another hypothesis, which does not exclude the first, is that it may even be beneficial not to produce saliva, as doing so would lead to a loss of fresh water,” points out the researcher from the Max Planck Institute. However, when you live in the ocean, keeping a healthy stock of water inside your body is a must (article in French) to survive. We also note that the SLC4A9 gene contributes to osmotic balance in the kidneys: “Thus, the loss of the salt reabsorbing factor SLC4A9 may contribute to the high urinary concentrations of sodium and chloride in cetaceans.” It is therefore to better survive in their marine environment that whales’ mouths do not water in anticipation of their next feast! 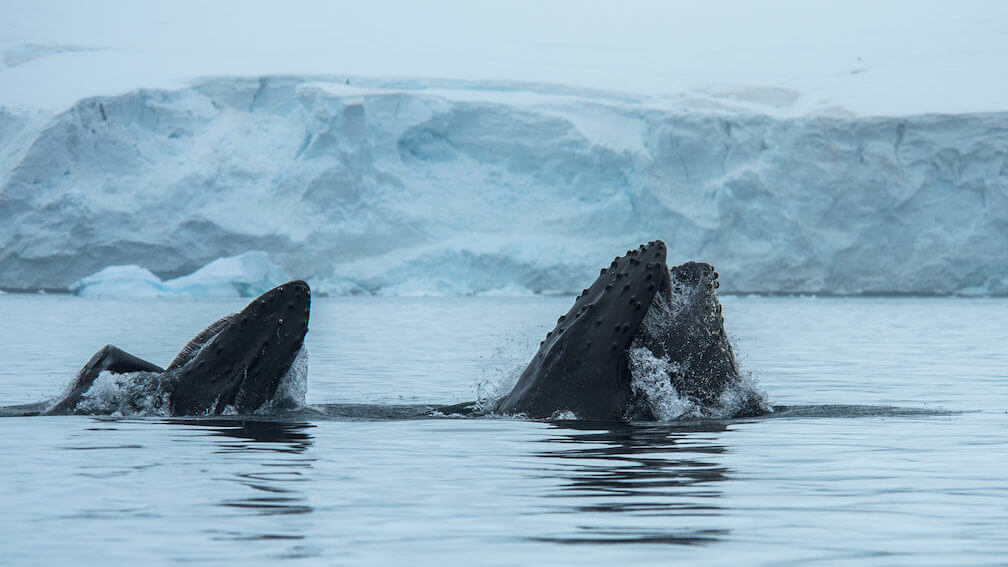 Are these glands useless or even harmful? In any case, the absence or lack of saliva is an adaptation to the marine environment. © Albert Michaud.