A Humpback and a Blue Whale on the North Shore

Blue whales are very tolerant of ice that is not very compact. © Jean-Christophe Lemay (archives)

Two large rorquals sparked a good deal of excitement this week: a humpback whale in the Saguenay-St. Lawrence Marine Park and a blue whale off Sept-Îles. In the Gaspé Peninsula, “The water is just as blue as it is in summer,” points out one observer, “but without the life that comes with it.”

The first sighting of a humpback comes from crew members of the ferry linking Baie-Sainte-Catherine to Tadoussac, who are surprised to see this splendid animal in the middle of winter (February 13). The next day, another humpback (whether or not the same individual, we don’t know) is seen swimming under snowy skies opposite the marine traffic control station in Les Escoumins. Notwithstanding the fact that they’re working on a Sunday, employees have something to cheer about when they spot the humpback close to shore, breathing several times at the surface before lifting its tail and taking another dive.

Humpback whale sightings are infrequent in the St. Lawrence during winter. This time of year, the species is usually found in its breeding grounds in the Caribbean. Speaking of which, a third humpback frequenting the Gulf of St. Lawrence in summer, namely H912, was photographed in Samana Bay in the Dominican Republic this past week. Previously, Aramis and Fleuret had also been photographed in this area. 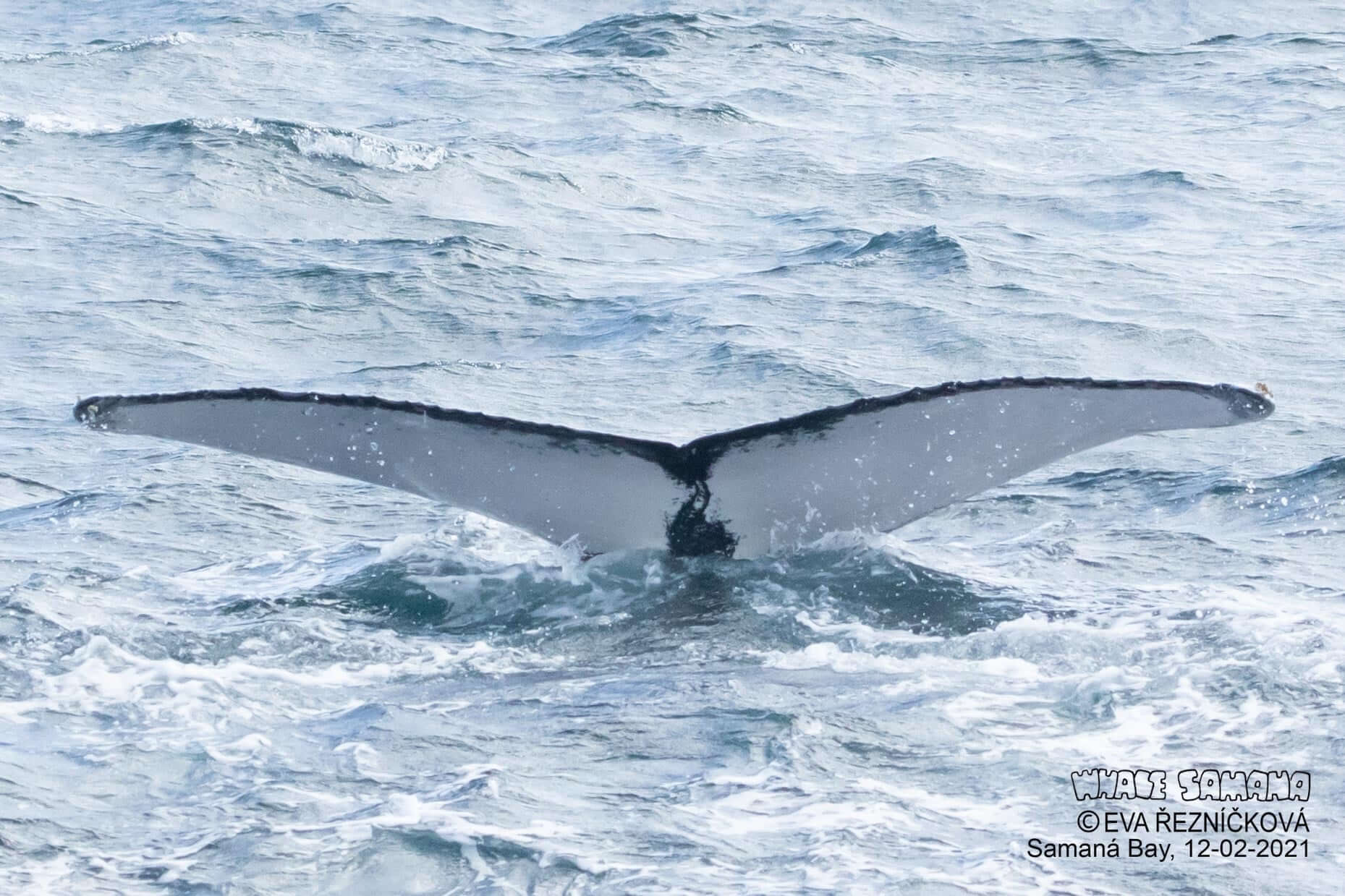 H912 was swimming in the Dominican Republic on February 12. © Whale Samana

So what is a humpback doing in the frigid waters of the Estuary? Is it a straggler? An early arrival? A non-breeding individual taking advantage of food resources without too much competition? In winter, whale monitoring on the St. Lawrence is on hiatus, so the humpback will continue on its way, leaving us wondering…

White instead of black

Unless someone manages to photograph it from shore! On February 15, Renaud Pintiaux set out on the rocks with precisely this objective. Together with a friend and his faithful canine companion, he patiently scans the open sea on this winter day. Ultimately, he observes not a large rorqual but rather a group of around ten belugas passing by Cap de Bon-Désir. He photographs a few of these white whales and sends in the images to GREMM’s beluga photo-ID team. Perhaps the team’s sharp eyes can put a name to some of these belugas!

To do so, they will look for notches in the dorsal ridge, or scars or spots on the animal’s flanks. Each mark will be entered into a computer program, which will create a sort of beluga barcode. This barcode will then be compared to that of belugas already in the catalogue. The program will then propose potential matches, which must be validated by human eyes. This system is far from perfect: a third of the identifications will be made with the first 25 proposals. For the remaining two-thirds, however, researchers will have to dig deeper to identify who is in the photo. 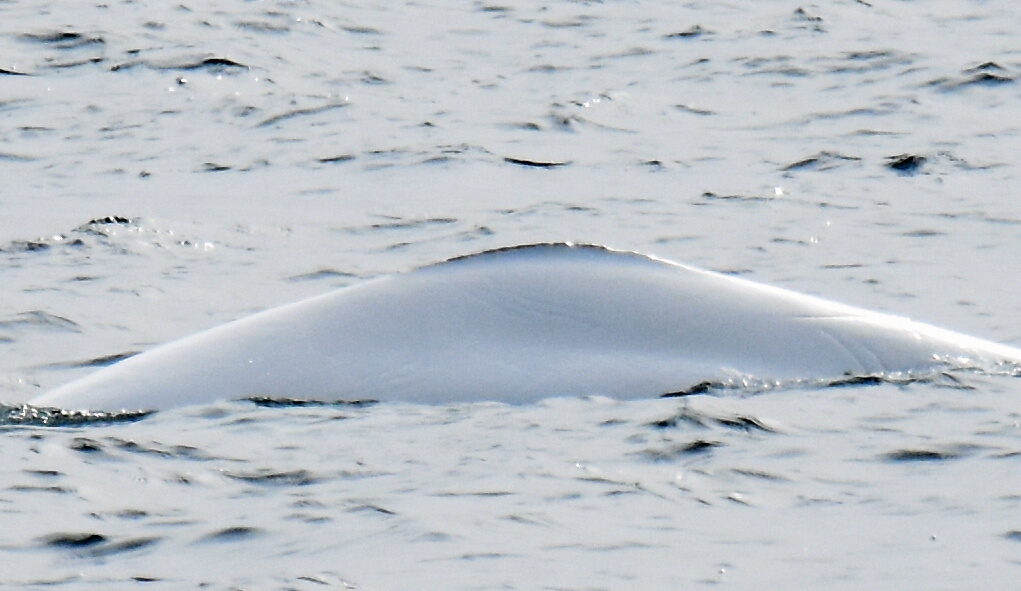 Belugas are difficult to identify individually because of their whiteness. © Renaud Pintiaux

Why invest so much energy to determine whether it is DL9104, Mirapakon or Gaston, for example? Photo-identification helps chronicle not only the history of individual belugas, but also that of the population as a whole. Thanks to this technique, for example, we understand that male belugas in the St. Lawrence band together in three distinct communities that have little contact with one another and which use different territories. It has also been discovered that bulls form lasting relationships with other bulls. This information can have a significant impact on the effectiveness of conservation measures. Thus, by taking into account belugas’ individual preferences, GREMM and the Université du Québec en Outaouais were able to observe that nearly two-thirds of female belugas frequent the Saguenay at least once during the summer.

And a little blue

Individual preferences might also explain the presence of a large rorqual off the coast of Sept-Îles, where giant spouts are erupting on the horizon. Jacques Gélineau has been surveying this area for years, and he oftentimes spots a blue whale during this period. He suspects it might be the same individual returning year after year, but given the distance of the animal which prevents him from taking a photo, there is no way of proving this. Did the large spouts seen offshore this week belong to this blue whale?

This is the frustration of scientists. In winter, one must sift through the huge data sets compiled over the previous summer and those of previous years. Little by little, they deepen their understanding of the individuals and species that frequent the St. Lawrence. But the sea is already beckoning them.