Aramis the Humpback in the Dominican Republic! 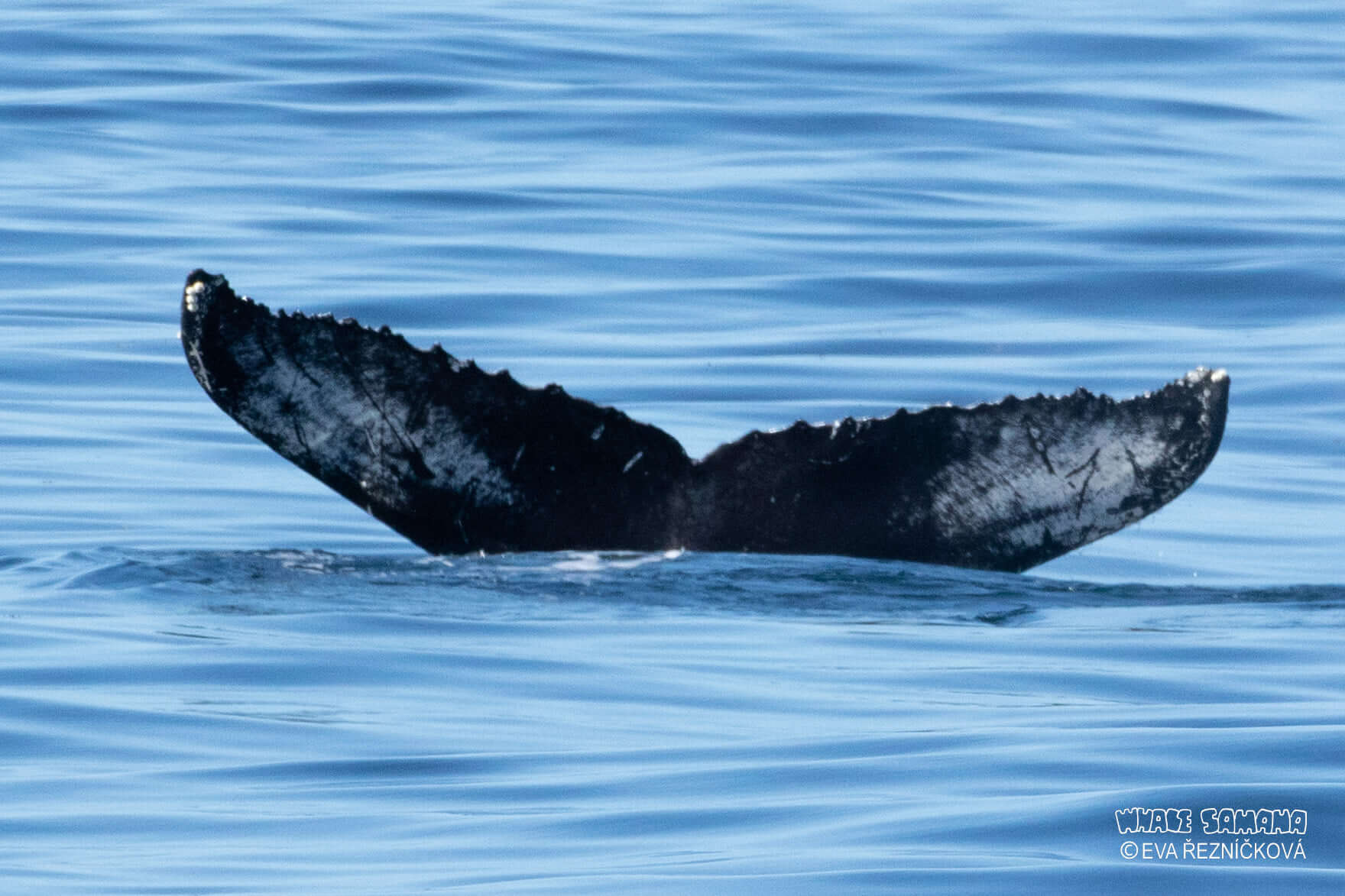 In winter, the majority of humpback whales that frequent the St. Lawrence are believed to be hundreds of kilometres away, in the Caribbean. And, as our observers will tell you, there aren’t many whales to be seen from the snow-blanketed river banks these days! Fortunately, as luck would have it, stories are coming in to us from the South. On January 22, through the cruise outfitter Whale Samana in the Dominican Republic, we got news regarding Aramis!

This female humpback born in 2007 was able to be identified after the crew posted its photo on Facebook. Aramis is one of the whales that frequent the St. Lawrence. From the time she was first sighted in 2007 with her mother, the famous Tic Tac Toe, until 2016, Aramis frequented the Estuary every summer. But since then, she seems to prefer the Gulf of St. Lawrence.

In winter, humpbacks like Aramis can be found in the warm waters of the Caribbean. The Samana Bay area off the Dominican Republic is recognized as one of the most important breeding and calving grounds for North Atlantic humpback whales. Another Gulf-frequenting humpback, the female H141, a.k.a. “Dog Ear” (article in French), was observed in Samana Bay in February 2018. 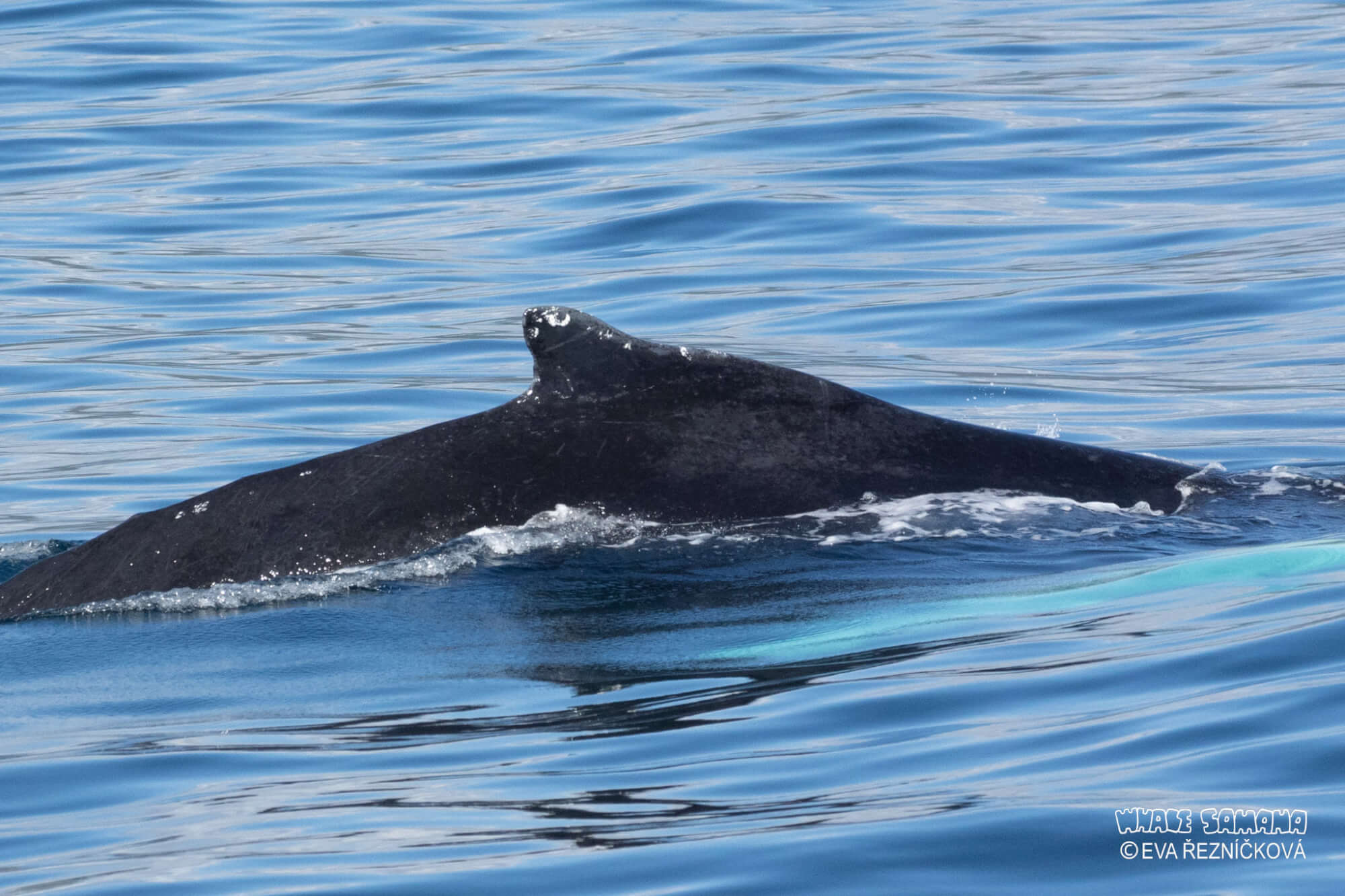 The dorsal fin of Aramis has a unique shape and some distinctive scars. © Whale Samana, Eva Reznickova

Why this bay? When first born, calves lack a thick layer of blubber to insulate them from the cold. The warm waters of the Caribbean therefore offer newborns a more favourable environment than the frigid waters of the St. Lawrence. According to a study carried out in Samana Bay, mothers and calves also seem to prefer shallow water, i.e. no more than 20 metres. In winter, sheltered in these calm and tepid waters, the mother will nurse her young and teach it to swim, breach, slap its fins, and vocalize. Then, in spring, the pair will make the long journey to their feeding grounds. It was probably during her spring migration that Aramis was seen last March with her first calf in the Turks and Caicos Islands.

Will we see other stars of the St. Lawrence in the Caribbean in the coming months? To be continued! 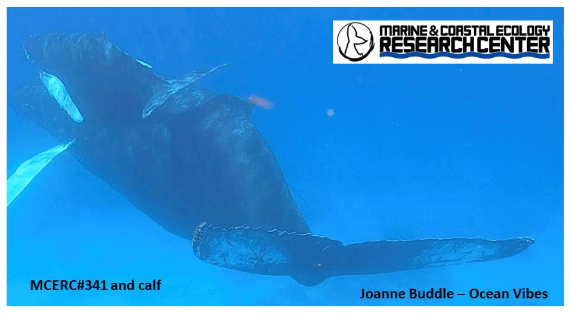 Aramis and his calf, off the Turks and Caicos Islands in March 2020. © Marine and Costal Research Center

Others prefer the cold

While the whales have left the icy waters of the St. Lawrence, the seals are just getting used to it. Off the Magdalen Islands, grey seals have started giving birth. In the Gulf of St. Lawrence, the proportion of grey seals born on pack ice declined from 100% in 2004 to 1% in 2016, due to the reduction in winter ice cover. This year, with very little ice cover, will probably be no exception to this new trend. On January 22, a young grey seal aged between 17 to 25 days was observed in the Magdalen Islands, only it was inland! Find out what the Quebec Marine Mammal Emergency Response Network did to help.

Also on January 22, one observer is delighted to make her first marine mammal sighting of the year. Seals seem to be arriving one by one in Cloridorme’s Baie de Saint-Yvon. Through her binoculars, she notes their tan bodies with large black spots resembling horse saddles. This colour pattern resembles that of harp seals. For this species, the pupping season will get underway around mid-February. This observer would see seals by the hundreds again on January 27, as they arrived in the bay about at the same time as the ice.

In Gaspé Bay, a local woman gazing toward Penouille tallied no fewer than 150 seals from the commercial docks in Gaspé. Even in the distance, the relatively uniform colour pattern, light grey-brown tones, and small spots indicate that this is probably a harbour seal haulout. With a pupping season in May and June, this pinniped species is the last to give birth in the St. Lawrence.

But what especially intrigues our observer on Gaspé Bay is an exceptional weather phenomenon: snow rollers. To create these strange shapes, you need fresh, wet snow, which will form a sort of slab that is then pushed along by strong winds. The slab will then roll up over itself and its centre will be hollowed out by the wind. When we observe nature, surprises are everywhere! 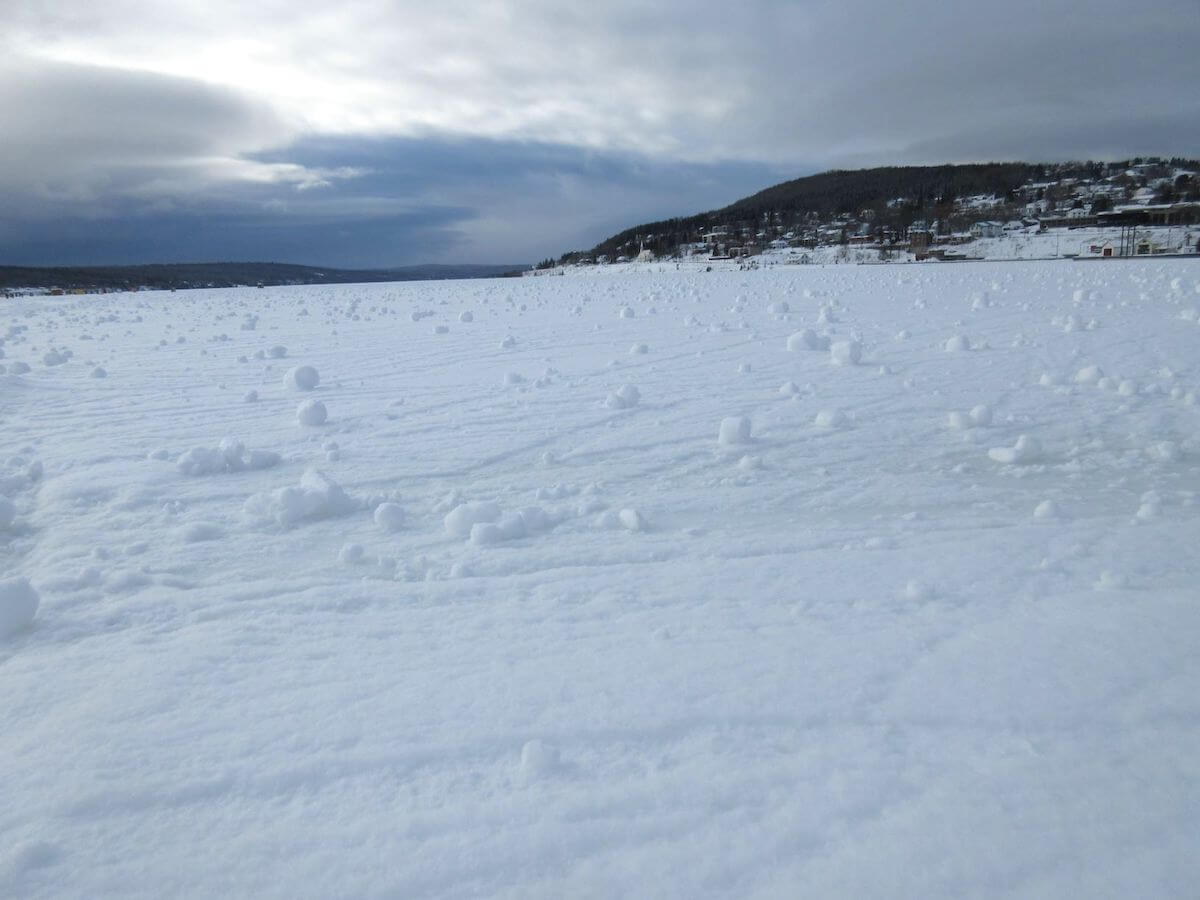 The seals give way to snow rolls, a rare weather phenomenon. © Diane Ostiguy
Observation of the Week - 28/1/2021