A total of 15 new whale calves have been reported for the year 2022 as of March 28. A very encouraging result! Here, female #4180 and her calf. © Clearwater Marine Aquarium Research Institute and U.S. Army Corps of Engineers

From November to April, North Atlantic right whales give birth to their calves in the warm waters off Florida and Georgia. As spring begins, the calving season for this vulnerable species is nearing its end and, just like last year, it’s been a busy one! As of March 28, a total of 15 new calves have been reported for the year 2022. Combined with the 20 calves recorded in 2021, these figures are particularly encouraging and contrast with the species’ low birth rate observed between 2017 and 2020!

To celebrate the occasion, Whales Online invites you to meet this year’s new mother-calf pairs!

The first right whale to give birth this calving season is none other than Slalom (#1245), a female who is now in her 40s. She is quite the matriarch, as this was her sixth calf! The pair was first observed off Pawleys Island, South Carolina on November 24, 2021. 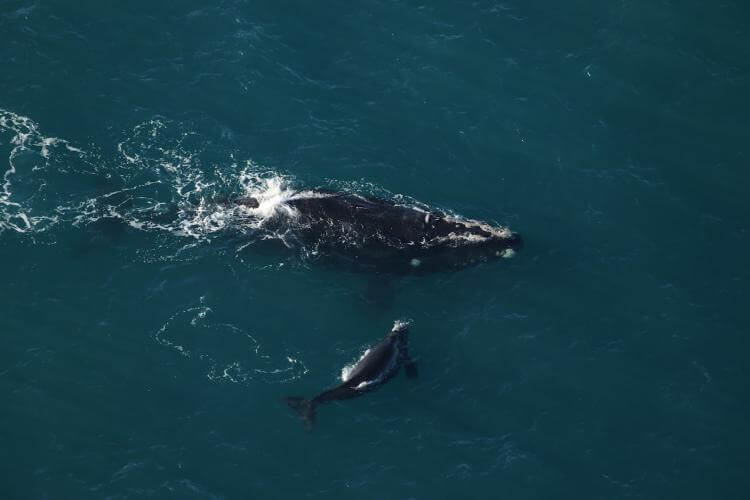 Slalom and her calf of the season © Clearwater Marine Aquarium Research Institute and U.S. Army Corps of Engineers

Just one week later, on December 2, 2021, another calf was spotted, this time near Cumberland Island in Georgia. The young mother was quickly identified as Snow Cone (#3560). For a year now, this 17-year-old female has been ensnared in fishing gear. Several rescue operations have been initiated both in the U.S. and Canada to free her, but despite all the efforts, some ropes remain. Notwithstanding this terrible handicap, Snow Cone and her calf seem to be doing well. All eyes remain on the duo, however, and their precarious situation is under close scrutiny. 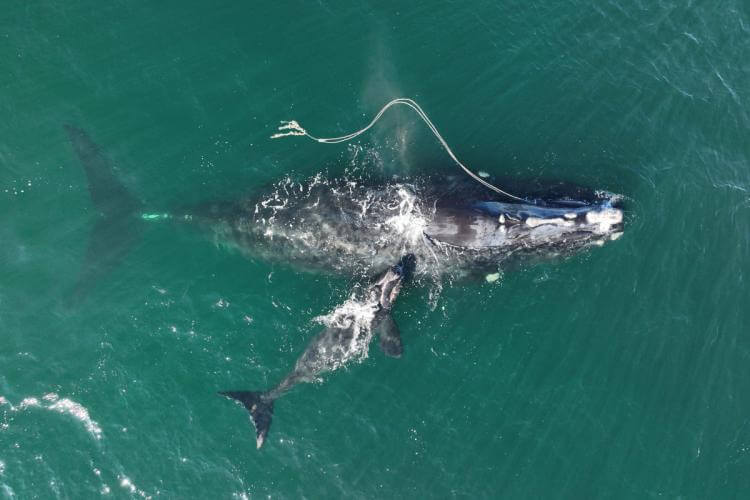 Another notable birth this season is that of the fifth calf of Derecha (#2360), which was first seen entering Florida’s St. Johns River with its mother on December 18, 2021. This birth is particularly heartening considering that Derecha lost her previous calf in January 2020 following a fateful collision with a ship. 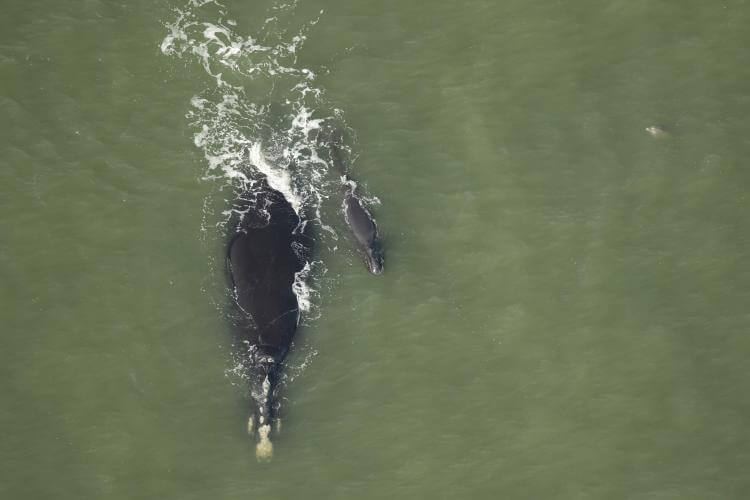 Derecha and her calf © Florida Fish and Wildlife Conservation Commission

Slalom’s sister Naevus (#2040) is also a new mother this season! Like her elder sibling, she also gave birth to her sixth offspring this year, which was first seen on December 31, 2021. Seven years passed between this calf and the previous one, born in 2014.

Another calf of particular interest is that of the mysterious #3220, which was spotted near Georgia’s Ossabaw Island on January 6, 2022. This is believed to be the third calf of this elusive individual. This female is spotted very sporadically; the last time she was observed was in 2012! Where does she spend her summers and winters? Researchers keeping close tabs on the population would love to know. Hopefully, we won’t have to wait another decade to see her again! 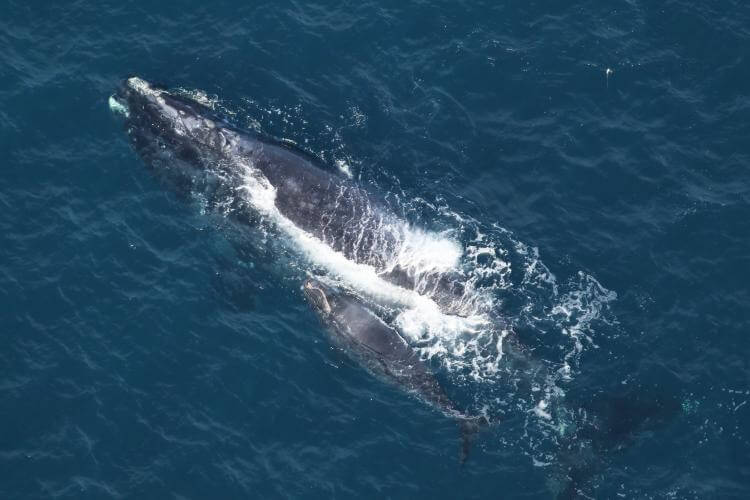 The mysterious #3220 and her calf © Clearwater Marine Aquarium Research Institute and U.S. Army Corps of Engineers 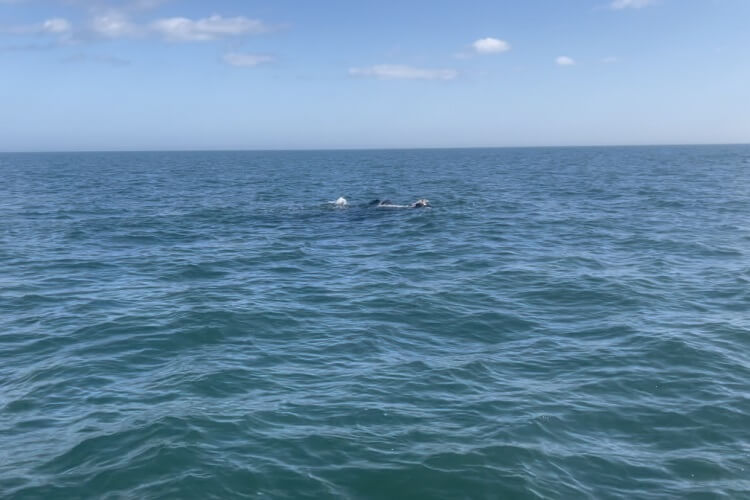 Naevus and her calf © NOAA

A total of 15 births might not seem like a lot for an entire species. However, North Atlantic right whales are currently estimated to number fewer than 350 individuals. Thus, each of these little calves is critical for the survival of the species, which has been suffering exceptionally high mortality since 2017.

The main risks faced by right whales are ship strikes and entanglements in fishing gear. It is also noted that all of this year’s mothers have already experienced entanglements at some point in their lives. At the same time, between 2017 and last year, the birth rate of these giants had been dangerously low. But these two years of high birth rates offer some real hope for North Atlantic right whales. Let’s wish all of these 15 newborns a long and healthy life!

The Marine Mammal Interpretation Centre (CIMM) is coming to you! Our collection of cetacean skeletons – the only one of…