First Right Whale Carcass: Another Calf Struck by a Ship

The first right whale carcass of the season turns out to be one of the 10 calves born this year. © Marine Mammal Stranding Center NMFS – permit N° 18786

The first North Atlantic right whale carcass in 2020 was spotted during an aerial survey on June 25, drifting off the US state of New Jersey. A few days later, it was identified as that of a young male calf, born this winter to right whale #3560. Thus, out of 10 calves born this year within this extremely fragile population, this is believed to be the second calf to have already succumbed to a collision.

Two accidents within the first few months of life

The calf thus showed multiple propeller wounds on its head, chest and back. “Based on observed evidence of healing, those wounds were likely several weeks old, but were serious enough that they may have significantly impaired the whale,” write fishery officers from the US National Oceanic and Atmospheric Agency (NOAA) in a  press release.

“The second vessel collision resulted in a series of propeller wounds […]. Evaluation of these wounds suggests they were inflicted shortly before the animal died and were likely the cause of death,” continues the press release. 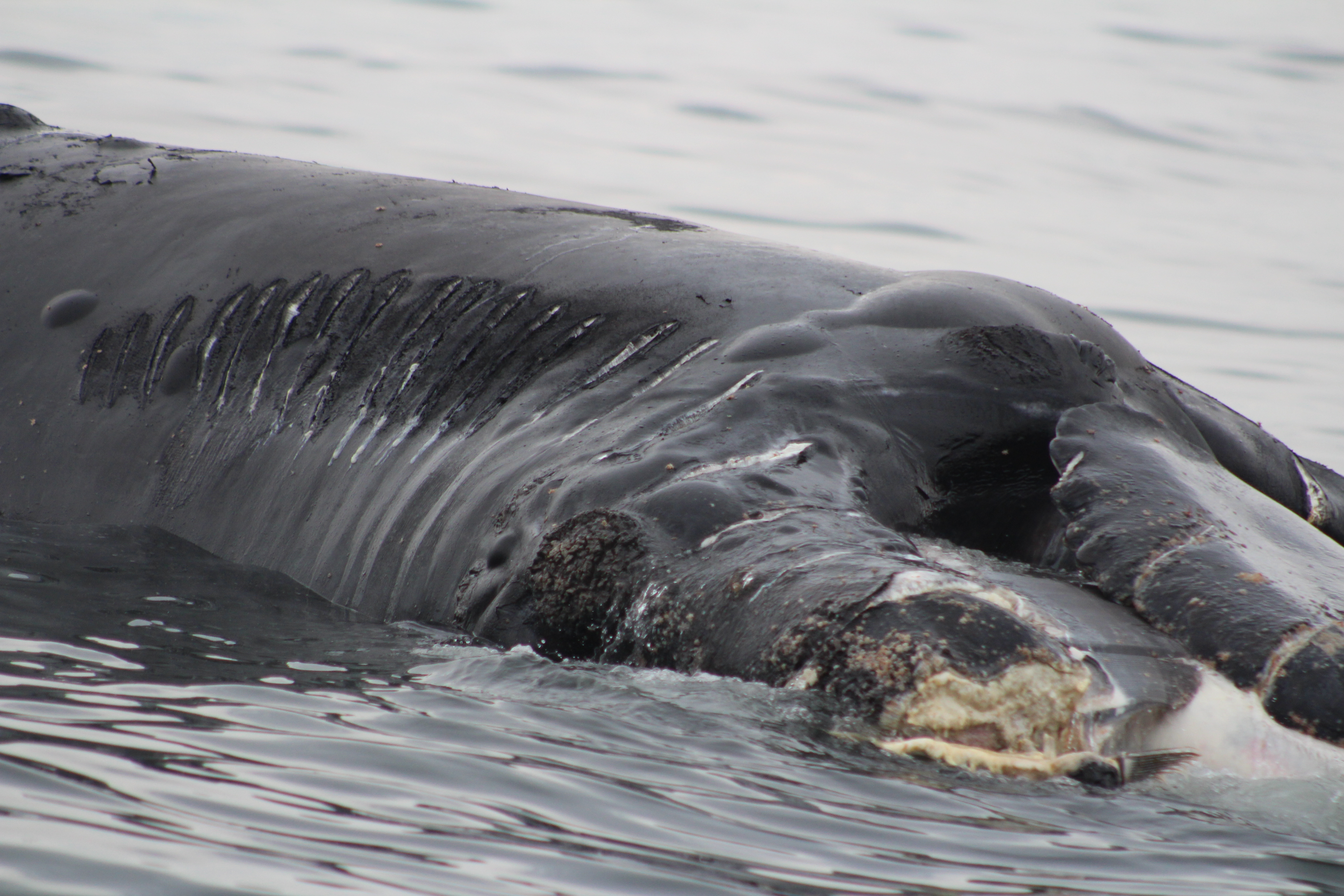 The markings found on the carcass of the calf indicate a very probable collision with a propeller © Marine Mammal Stranding Center, NMFS permit N° 18786

The mother-calf pair was observed in the Gulf of Mexico in March, an unusual sighting for the region, as North Atlantic right whales generally give birth in ocean waters off the US states of Florida or Georgia. Incidents of harassment were then reported concerning the mother (#3560) and her young. “This kind of exposure may have caused the calf to become accustomed to the presence of vessels, which could have contributed to its death,” points out the US regulatory body. 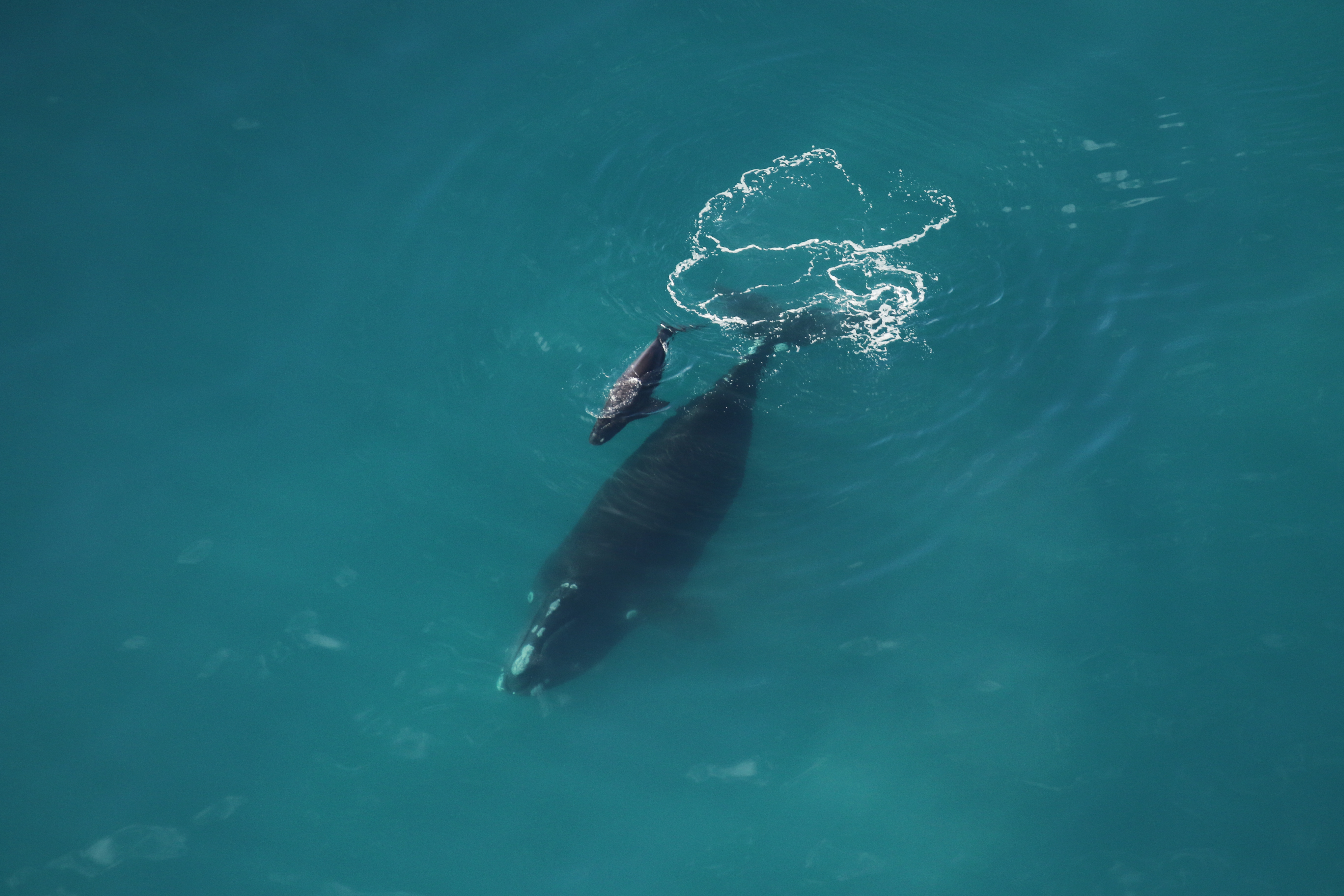 No news from Derecha or her wounded calf

Sadly, this mortality comes on the heels of another incident reported at the start of the year. On January 8, off the coast of the US state of Georgia, right whale #2360, a.k.a. “Derecha”, was spotted with her severely injured newborn.  Two parallel S-shaped gouges suggest a run-in with a propeller. The calf is alive, but biologists are concerned about its ability to feed, as the wound has badly damaged its mouth.

Following a strong mobilization by local response teams, antibiotics were administered remotely. Despite this, the prognosis for survival remains poor, and the mother-calf pair has not been seen again since the intervention.

It is therefore not one, but probably two calves that have already perished this year out of just 10 births registered this year for the species. This is terrible news for all conservation organizations: with a population of less than 400 individuals, including less than one hundred breeding females, the North Atlantic right whale is critically endangered.

Since 2017, there have been around twenty births, while the number of carcasses found now stands at 32.