Antibiotic Treatments for Whales: A Challenge 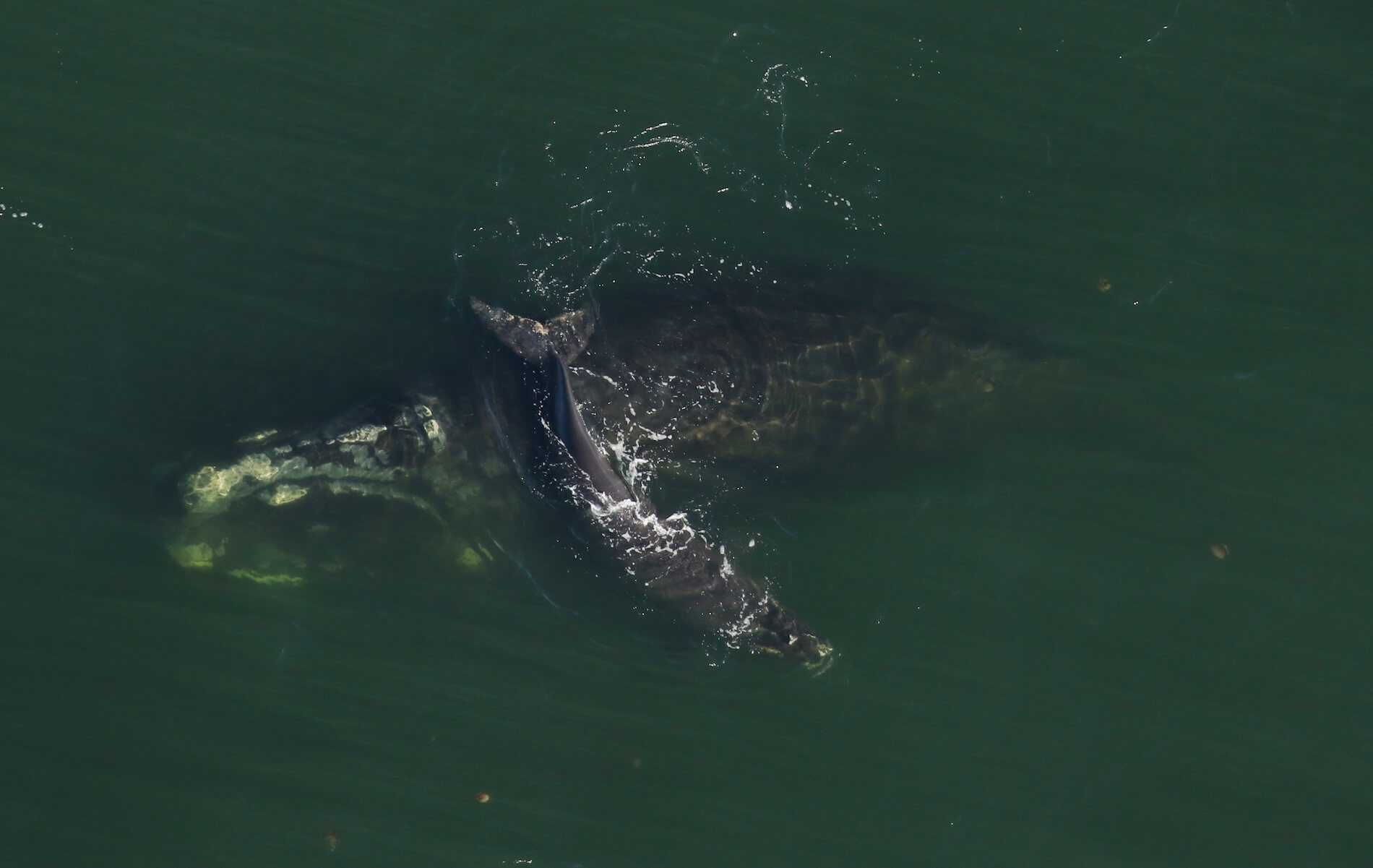 Across Canada and the US in early January, North Atlantic right whale experts, marine mammal veterinarians and whale rescue specialists participate in an emergency conference call. Off the Florida coast, a fourth North Atlantic right whale calf has just been spotted during an aerial survey. Unfortunately, it is in poor shape. Giant scars run across its head to its jaw, likely the result of a collision with the propeller of a boat engine. Sarah Sharp, Animal Rescue Veterinarian at the International Fund for Animal Welfare (IFAW), weighs her options. “As the calf was severely injured, we were worried it would not be able to nurse properly. We were all asking ourselves how we might prevent it from dying.”

The situation is all the more concerning for researchers since North Atlantic right whales are an endangered species. For the past several years, the number of carcasses discovered has exceeded the number of births. The survival of each newborn therefore becomes of critical importance for the species.

Every option to help it is then considered while weighing the pros and cons. “In this case, we were dealing with an animal injured by humans. We had a certain moral obligation to help it,” argues Sarah Sharp. It is elected to inject an antibiotic in order to reduce the risk of infection and give the calf every chance to recover. “The cons are very small compared to the possible gains. There is the risk of stressing the animal when approaching it to carry out an injection or the risk of creating a small local trauma where the syringe comes into contact with the skin.”

What about resistance to the antibiotics? “That’s definitely a concern,” confirms Sarah Sharp. “But with a targeted treatment to one individual, there aren’t really any risks. There are probably much more antibiotics that end up in whale habitat through our sewage systems than through droplets lost during an injection,” she adds.

These arguments are shared by Martin Haulena, chief veterinarian at the Vancouver Aquarium, who has previously administered doses of antibiotics to a free-swimming killer whale. “We know a lot about giving antibiotics to a variety of species. There’s not much that can go wrong with a single dose. It’s not really as controversial as some people might think.”
“As long as the treatment is targeted and does not spread into the environment, it can be very useful for treating a sick or injured animal. It’s if the treatment gets into the environment or is given to a healthy animal that it can be dangerous. It could be a disaster!” warns Mark Bekoff, ethicist and professor emeritus of ecology and evolutionary biology at the University of Colorado at Boulder.

Discussions then revolve around the choice of the antibiotic. As is the case when treating humans, there are many kinds to choose from. However, their effects on an animal of this size, in a context where probably only a single dose can be administered, are less well known.

Two cases can serve as references. In May 2007, a mother-calf pair of humpbacks was spotted in the Sacramento River, California. The two humpbacks show lacerations consistent with those caused by an engine propeller and do not seem to want to return to their natural habitat in the Pacific. Each of the whales received an injection of antibiotics to avoid the risk of sepsis, i.e. generalized infection. They are believed to be the first documented case of whales to have been treated with antibiotics in the wild.

In 2018, the southern resident killer whale J50, a.k.a. “Scarlet”, received an injection of antibiotic. Martin Haulena supervised and administered the treatment. His expertise is therefore leveraged during the discussion of the right whale calf.

“Each case is unique and must be assessed, as with any medical case,” says the veterinarian. The young female J50 did not show any apparent injury, but was emaciated and her physical condition was waning. “As often is the case, this whale was going to die. So we try to figure out: What can we do? What can we do that might help? What can we do that will cause minimal harm? Of course, the best would have been to have a clear diagnostic. But that would involve a blood analysis or [medical] imagery just like with human or pets. We could have handled the whale, but in this case, it was decided not to. In the past few years, we have seen technologies to deliver the medicine better as well as drugs that are long lasting and can be concentrated in a deliverable dosage. So we went for that.” 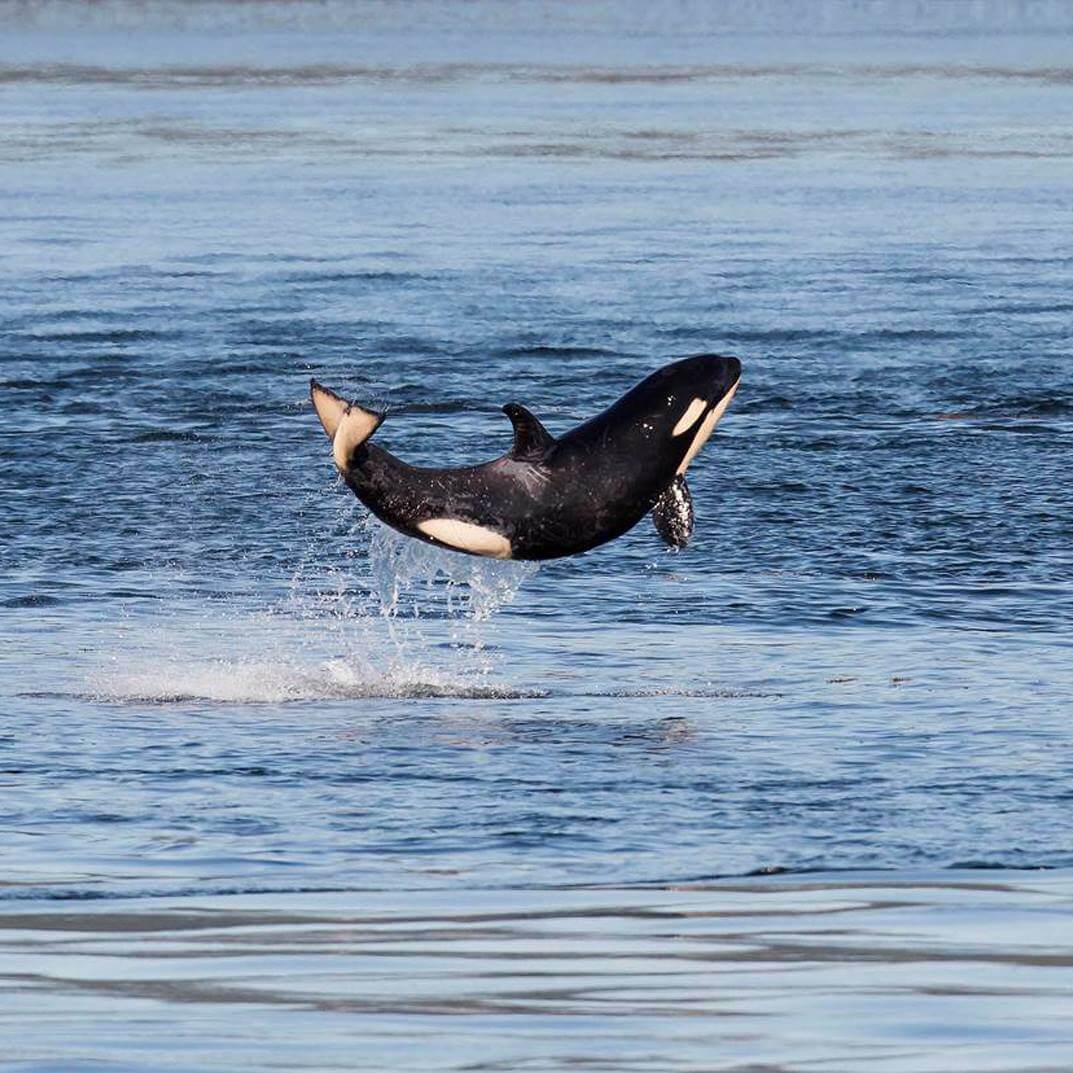 Depending on the species of whale and its age, the thickness of its skin and blubber varies. Likewise, the tool for injecting the antibiotic will not be the same. In the case of the right whale calf, the team chooses a tool usually used to administer sedatives to entangled right whales before attempting to free them. “It’s a very specialized system that was developed about 15 years ago. However, it has only been used a few times, the last time being in 2011. Each time, it was an adult,” adds Sarah Sharp. The one used for D50 did not have the capacity to pierce the skin of right whales and was designed for a smaller dose of antibiotic.

Once the plan is established, all that’s left to do is to relocate the calf. Whether on the water or in the air, the scientists step up their surveillance efforts. On January 15, a response team sets sail from Fernandina Beach, Florida; it would later manage to administer the antibiotic. However, the outlook is not encouraging. Neither the mother nor the calf has been seen since. “We hope to see them again. We could evaluate whether we should give a second dose or if we should look for another treatment,” points out Sarah Sharp.

The two previous cases do not necessarily offer much hope. Despite the treatment administered, J50 was declared dead in September 2018, as she has not been observed with her group since then. For the two humpback whales of 2007, they were seen again a few days after their treatment, this time in better condition. However, in the absence of quality photo-identification images, no long-term follow-up could be performed for these two whales.

Prevention rather than cure

Off the US coast, in areas where females and their calves have been observed, navigational warnings are issued to prevent further collisions. Mark Bekoff points out that this is the best option. “My general rule of thumb in compassionate conservation is first to do no harm.”

With the growth of the world’s population, the challenges of living in harmony with wildlife are increasingly numerous and complex. How far will response teams go to save an individual of an endangered species? “These questions certainly aren’t going to go away in the years to come. It’s better to have an ethical framework for analyzing problems in order to be ready to intervene,” he concludes.