On Tuesday, May 11, the Campobello Whale Rescue Team succeeded in removing some of the rope that was inhibiting the right whale. © DFO/Sciences – Aerial surveillance team

On Tuesday, May 11, a major release operation was attempted to come to the aid of Snow Cone, a North Atlantic right whale spotted off the coast of New Brunswick with fishing line across her mouth.

Supported by teams from Fisheries and Oceans Canada (DFO), the Campobello Whale Rescue Team (CWRT) was able to remove much of the rope that was hampering the whale, but there is still some material attached to the cetacean. Snow Cone is one of a small number of breeding females of her species, which is why her survival is so important.

This is not a new entanglement. This same individual was previously reported entangled in March 2021 while swimming off Cape Cod, Massachusetts. An initial operation carried out on March 10 and 12 by a US rescue team resulted in the removal of roughly 90 metres of rope. Subsequently, weather conditions prevented search parties from relocating the animal to continue the operation. Since the fishing gear could prevent the whale from eating properly, researchers were not overly optimistic about its survival.

Surprise! Two months later, on May 10, Snow Cone was spotted in Canadian waters thanks to the aerial surveillance program established by Fisheries and Oceans Canada. The whale is in the Gulf of St. Lawrence off the coast of New Brunswick and is moving, but is dragging a long section of rope from its mouth. The next day, CWRT rescuers found her 45 km east of Miscou Island and succeeded, after several hours of work, in removing part of the rope that was attached to the animal.

One might think that removing rope wrapped around a whale is rather simple, but entanglements are very difficult to manage. This kind of disentanglement operation is particularly tricky to carry out and can be dangerous for the rescue teams, who must get very close to the animal in distress. In 2017, one of the founders of the Campobello Whale Rescue Team, Joe Howlett, even lost his life while trying to free a right whale.

As a safety measure, therefore, a multitude of factors are taken into account before the team sets sail, including the condition and behaviour of the whale as well as weather and sea conditions. 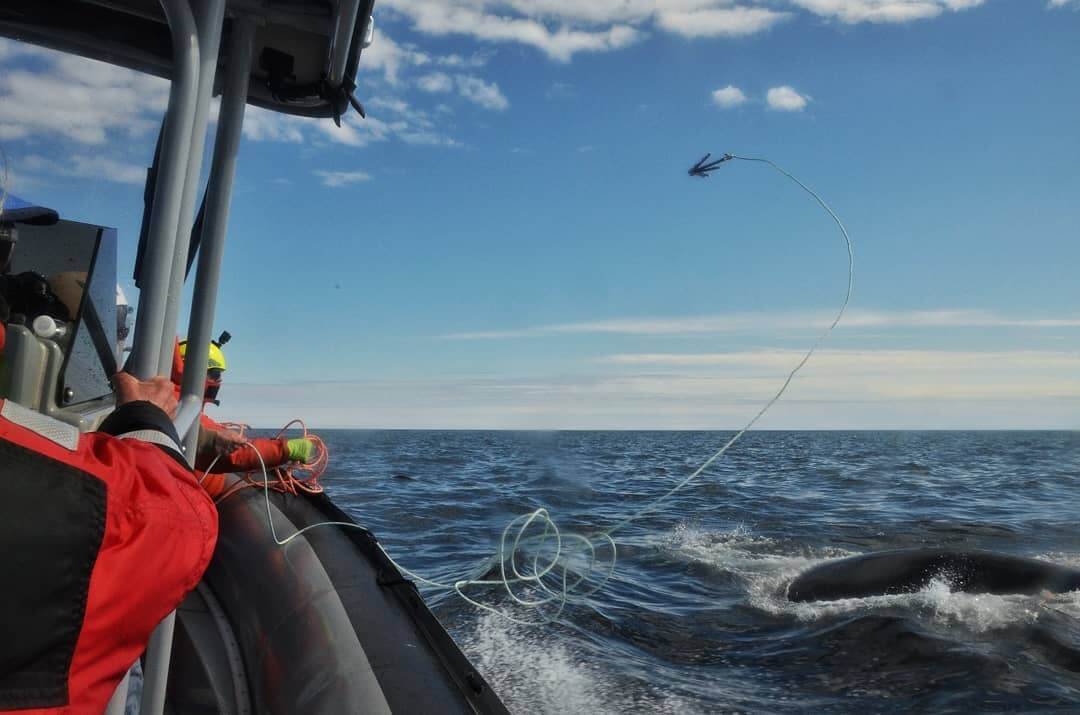 “Members of the disentanglement team indicated the whale appears to be in good condition. DFO will continue to track the whale. If weather and sea conditions allow, efforts may be made in the coming weeks to attempt further disentanglement,” the Ministry’s press release indicated.

The rescue team on the other hand made it clear on social media that “The rope removed is getting quite rotten and there is a chance she will be able to shed the remaining rope with time. Although we didn’t get it all, Snow Cone now has a much better chance of survival.”

Snow Cone is a 15- or 16-year-old female North Atlantic right whale. Identified in the New England Aquarium catalogue under number #3560, she was the focus of a campaign this past winter to find a name for her. She is now nicknamed Snow Cone in honour of an ice cream cone-shaped protuberance that can be seen on the top of her head. 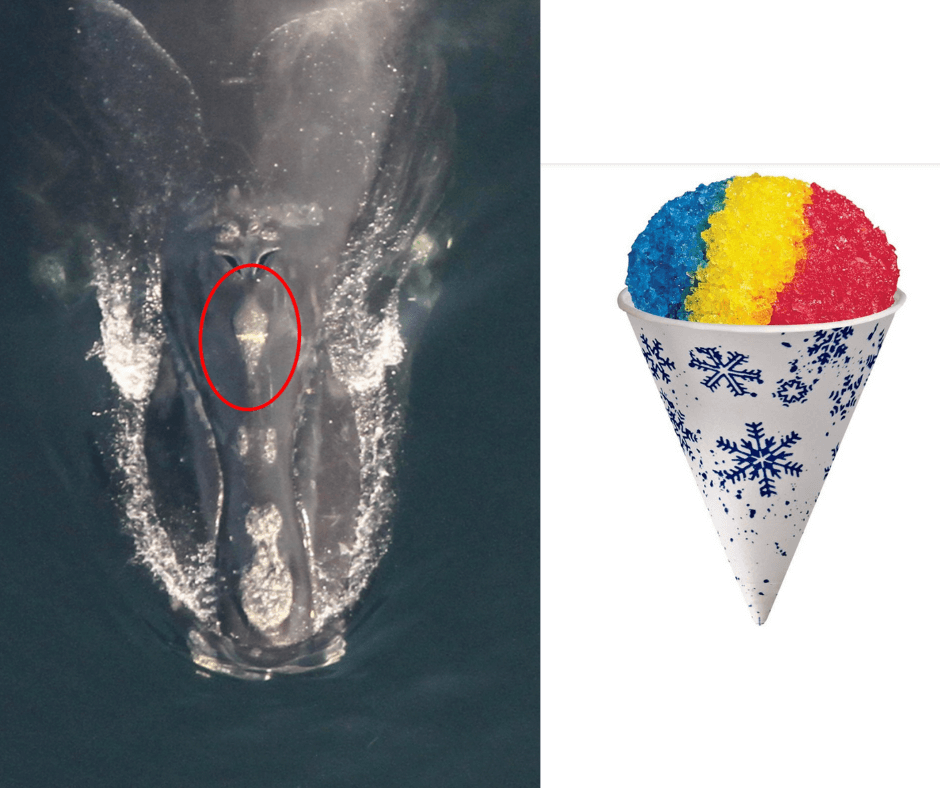 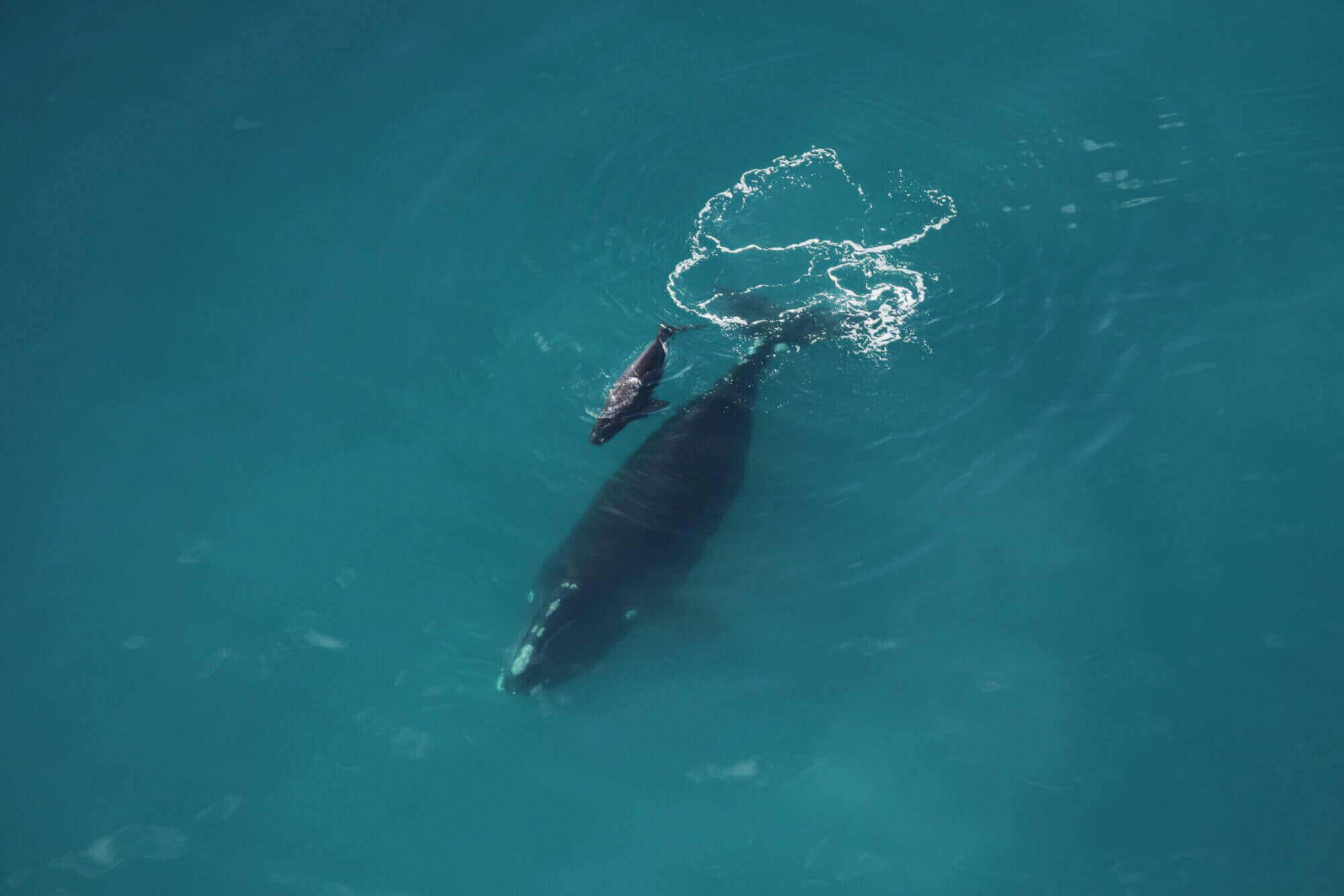 Despite her young age, this right whale has already experienced a few tragedies, including the death of her first calf, which was struck by a ship off the coast New Jersey last year. Unfortunately, entanglements and collisions are largely responsible for the precarious status of this species, which currently numbers only around 350 individuals, including fewer than one hundred females of reproductive age. Snow Cone is therefore a particularly important whale for the survival of her species and her situation is being very closely monitored.

The cord of discord

Since Snow Cone was first spotted in trouble last March, the question of where she got herself ensnared has been hotly debated. Fishermen on both sides of the US-Canada border have been passing the buck to one another and requesting that the recovered rope be analyzed to determine where the incident might have occurred. “The origin of the craft is still unknown at this time,” points out DFO.

In recent years, numerous measures have been put in place to limit right whale entanglements in the Gulf of St. Lawrence.