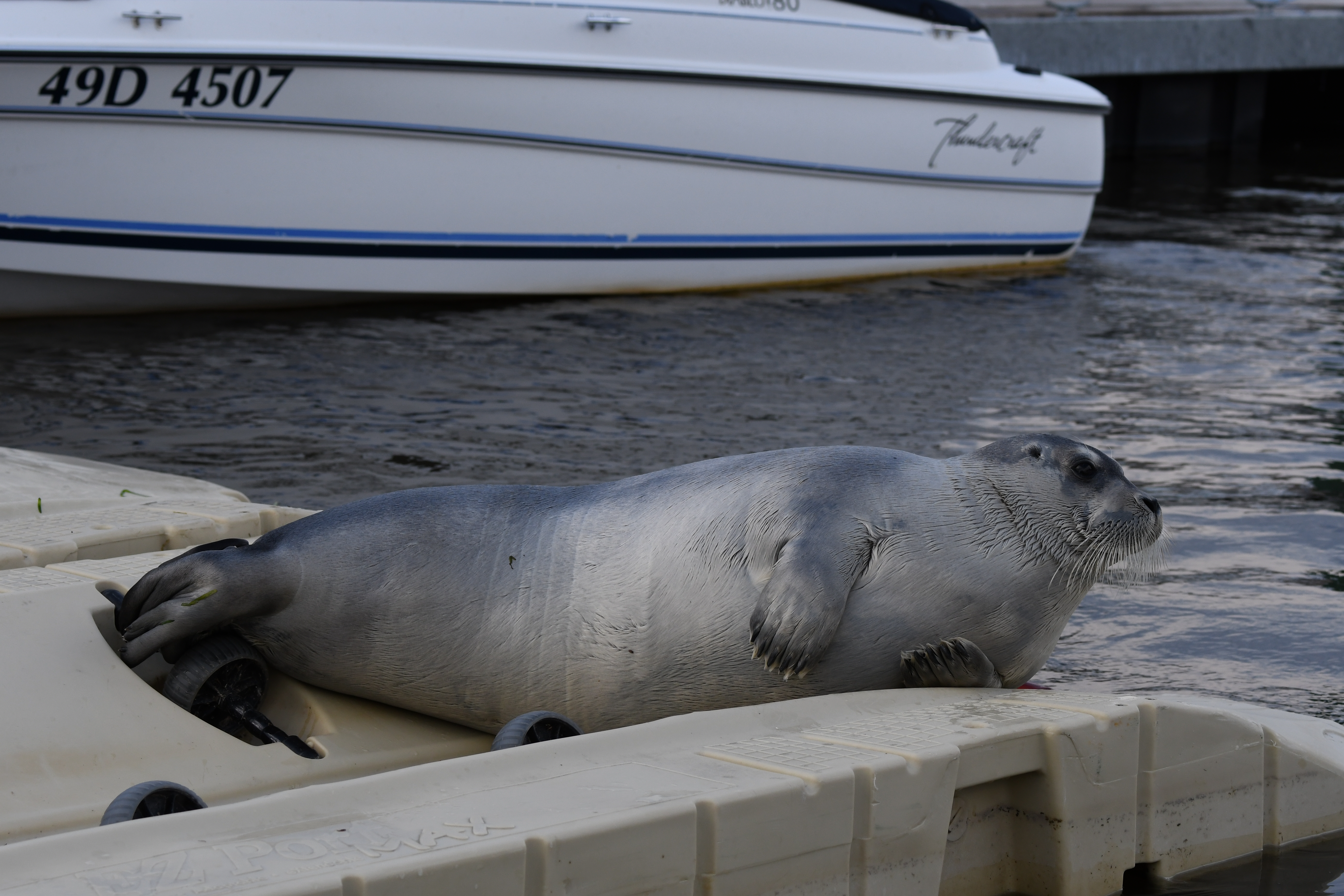 A young bearded seal is observed in Laval. © Anna Cavuoti

A young bearded seal is observed from June 23 to June 28 at the BoBiNo marina in Laval.

This species is typically found in the Arctic, but the Quebec Marine Mammal Emergency Response Network (QMMERN) team receives reports of individuals of this species in the St. Lawrence every year. Seals visit the fresh water portions of the St. Lawrence annually. This was therefore not the first report of a pinniped in the metropolitan area in 2020.

The seal has been observed in and out of the water, resting on the wharf. It is quite normal for a seal to leave the water to rest. It was also seen swimming, another normal behaviour for a seal.

Reporting the seal to 1-877-722-5346 allows the QMMERN team to have the most up-to-date data possible on the animal, including its location, its activity, etc.

What is the seal doing here?

In several species, juveniles have a tendency to explore new habitats. This is normal, natural behaviour, but also creates new challenges for the individual. In some instances, the seal may also have a particular disease or condition that affects its ability to get its bearings.

Is the seal in danger?

Regardless of the species, a seal is not necessarily in danger by being in fresh water, i.e. outside its natural habitat. However, it can become infected if it is harassed by humans or if boats get too close.

If you see the bearded seal, or any other seal for that matter, the best thing you can do to help it is to maintain your distance. It should not be repelled with water. This way, the seal will be able to rest and regain the strength it needs to undertake its journey back to its natural habitat.

In addition to being illegal, attempting to feed a seal can be very harmful. Even if the intention is laudable, one risks making it sick, killing it or getting it acclimated to human presence and putting it at even greater risk of an incident. The seal is capable of feeding itself and must continue to do so.

What are we doing to help the seal?

Reporting the seal to 1 877-722-5346 ensures that the QMMERN team has the most up-to-date data possible on the animal: its location, activity, etc. Photos and videos have been sent to seal experts at the Université de Montreal’s Faculty of Veterinary Medicine. Educational notices have been posted in and around the BoBiNo marina. Other awareness-raising actions for recreational boaters and local residents have also been carried out.

On June 28, the QMMERN response team, together with marine mammal veterinarian Stéphane Lair from the Université de Montréal’s Faculty of Veterinary Medicine, travelled to the BoBiNo marina to assess the physical condition of this seal. Conclusion: the animal, probably a two-year-old female, is in good health. Besides its location, nothing unusual has been observed in terms of her appearance or behaviour.

Bearded seals are generally solitary and pups (young seals) leave their mothers around 20 days after birth. It is therefore perfectly normal that this young female is alone.

The response team took advantage of their time there to educate boaters on the safety measures to take in the presence of a seal.

If the seal remains in place, is frequently harassed, or gets too close to moving boats, the authorities may consider relocating it. However, transporting a seal that measures 2.1 to 2.7 metres long and weighs between 200 and 430 kilos is not without risk, both for humans and for the seal. Additionally, an animal that is moved may sometimes return to the place from where it was relocated within a few days.

The best thing is therefore to give the seal all the space and calm it needs to set out on its own when it is ready. 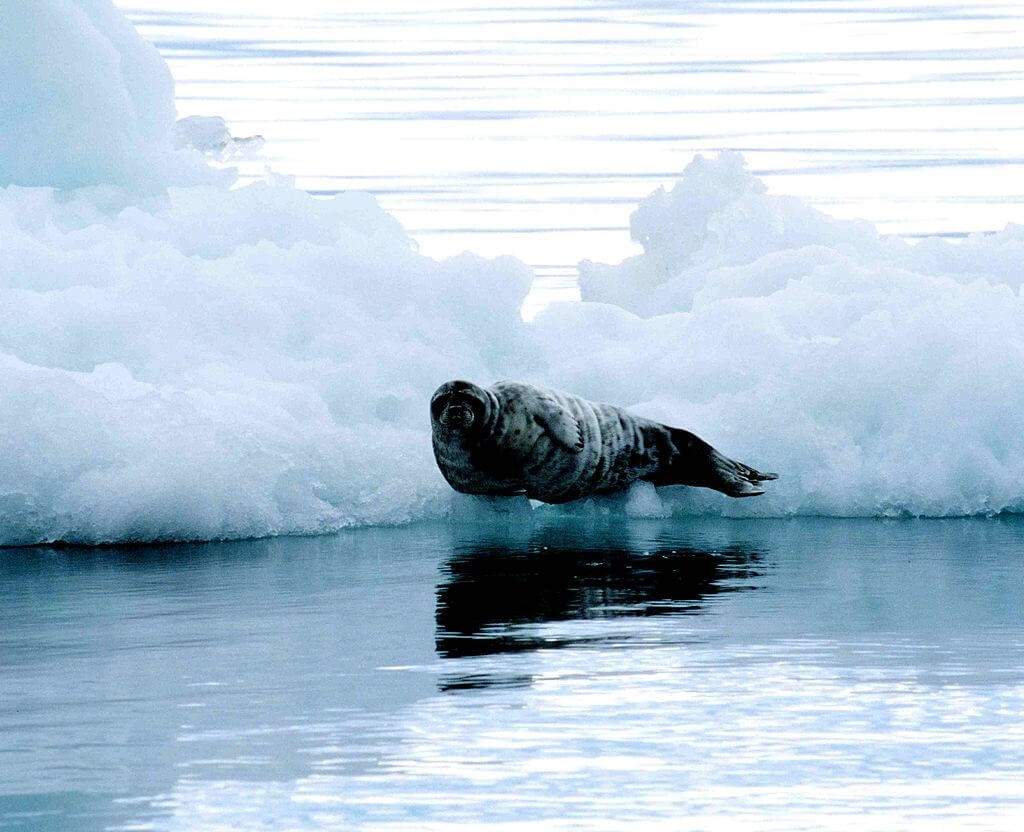 This species is typically found in the Arctic. © Ansgar Walk

Have you observed a seal? Here are a few things to keep in mind.

The Quebec Marine Mammal Emergency Response Network thanks you for your collaboration!