What is the purpose of this tag and chord? 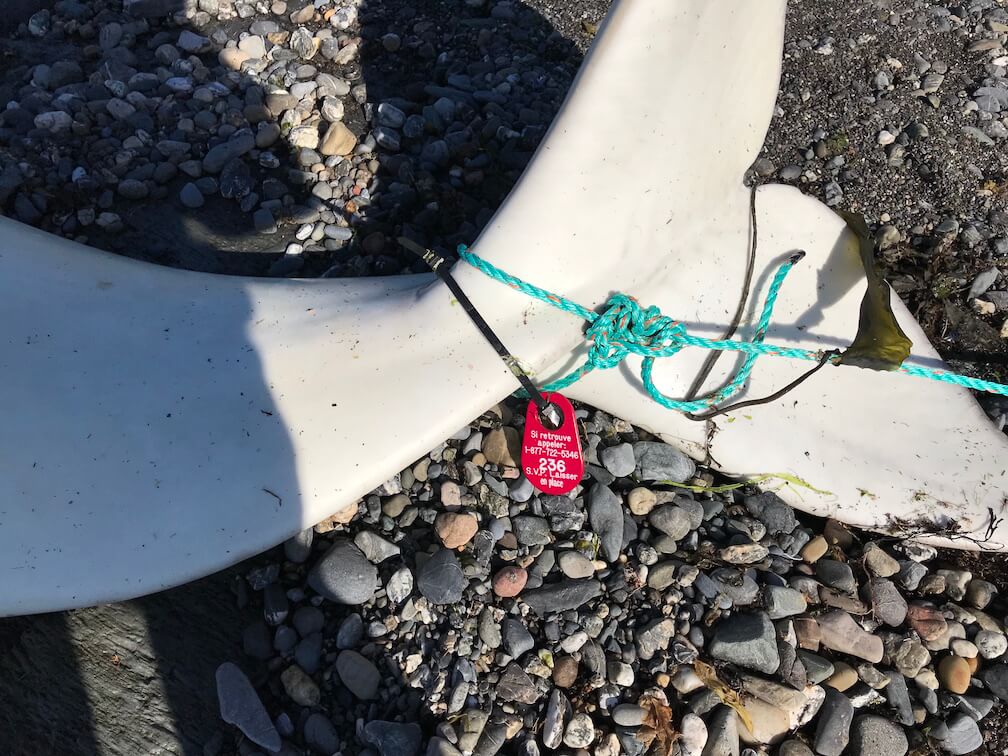 Many people are concerned by the tags and chords they occasionally see attached to a seal or whale carcass. Sometimes, these items are placed on the carcasses by volunteers from the Quebec Marine Mammal Emergency Response Network (QMMERN). Here’s why.

A unique number to avoid double-counting

In order to track marine mammal mortalities, QMMERN requests that its volunteers and team members place a tag on any carcass found on the shores of the St. Lawrence. Each label has a unique number associated with a file that contains all data collected from the animal.

Marine mammal carcasses fulfil several important functions in the ecosystems in which they are found. Thus, unless they pose a threat to humans, carcasses reported to QMMERN are generally left where they were found. Consequently, QMMERN often receives multiple reports for the same carcass, most often within the span of a few days. However, several months or even years can sometimes elapse between two calls for the same carcass.

This is where the tags attached to dead marine mammals come in. They are used to avoid counting a single case as separate carcasses, which would distort the records. Additionally, they sometimes make it possible to collect information on how carcasses are carried with the tides, for example, or even how decomposition progresses over time. 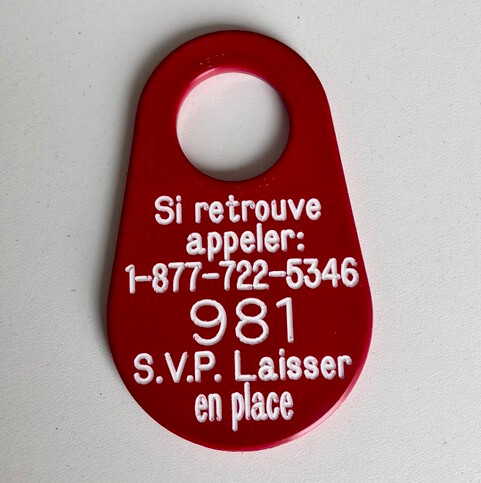 Other organizations also occasionally place tags on live animals as part of their research projects. Sometimes these animals remain tagged for the rest of their lives. What makes QMMERN’s research tags different from the others? On our tags you will find our phone number.

A chord to secure the carcass

Sometimes, in addition to tagging an animal, a volunteer or member of the QMMERN response team may have to secure a carcass by attaching it to the shore with a rope so that it does not get washed away with the tide. This is necessary when a carcass requires a necropsy or extensive sampling. Expert teams can take hours or even days to arrive on the scene due to the distance or difficult access conditions to the animal. Securing the carcass with rope prevents the tide from carrying it away before specialists have had a chance to do conduct their analysis. Once the analysis is completed, the rope is recovered. In the process, it must sometimes be partially cut,  leaving a section of rope still tied to the animal.

It sometimes happens that a live marine mammal gets itself entangled in fishing rope or nets, which can be fatal. If you witness such a situation, or if you happen upon a marine mammal that is dead, in difficulty or outside its usual range, please contact the QMMERN emergency line at 1 877-722-5346. 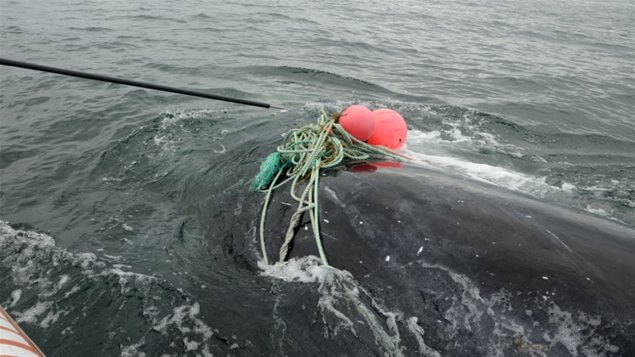