Witnessing a whale accompanied by a baby – also known as a calf – brings observers great joy. But when in addition the mother is well known, it’s a downright celebration!

On June 11, somewhere between La Martre and Marsoui in the Gaspé, an observer films three humpback whales, including a calf. Two days later, another observer spots a couple of spouts as she’s driving down Route 132. “I stopped to watch. We saw the tails and pectoral fins of three feeding humpback whales. There were also lots of seabirds diving all around as well.” On June 14, another observer also pulled over to the side of the road, distracted by the sight of a humpback whale feeding just a few meters from shore.

Near Les Escoumins, St. Lawrence pilots have been enjoying watching a minke whale and its offspring very close to the docks.

On June 15, our collaborator Renaud Pintiaux sets out on a friend’s sailboat. A passionate photographer, Renaud never leaves home without his camera. For twelve hours, they ply the waters without ever crossing paths with another boat! Between Île Rougeand Île Verteis an eruption of balloon-shaped spouts. Two humpbacks are swimming in synchrony. One is much smaller than the other. When the two whales dive, Renaud recognizes Tic Tac Toe. This female was born in 1998, meaning she is 22 or 23 years old. Tic Tac Toe has already given birth to three calves: Aramis, H797 and H855. If there are recurrent observations with this calf, we may be able to confirm that Tic Tac Toe has given birth to her fourth offspring! 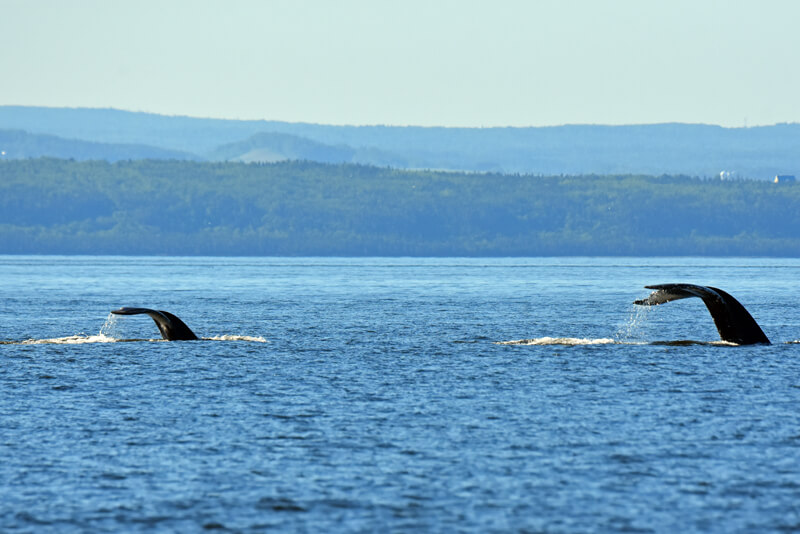 On June 16, Tic Tac Toe was sighted with a calf. © Renaud Pintiaux

Interestingly, Tic Tac Toe also became a grandmother this winter. Her first calf, Aramis , was photographed with a newborn off the Turks and Caicos Islands. Will we witness a family reunion this summer? Stay tuned!

That same day, Renaud also noticed a fin whale calf accompanied by three adults. He manages to photograph two of them: Bp059, a.k.a. “Trou” and Bp955, a.k.a. “Ti-Croche”. Although we know that Trou is a female, the sex of Ti-Croche remains unknown. To find out who gave birth to a given calf, we would have to have repeat observations of the two whales together and/or obtain a genetic analysis from a tiny fat sample.

In baleen (Mysticeti) whales, the mother-calf bond is relatively short-lived. In minke whales, nursing lasts about 4 months, and the two individuals separate once the young is weaned. Fin whale mothers nurse their calves for 6 or 7 months. For humpbacks, nursing lasts 5 to 10 months, but a young humpback whale can remain with its mother for 12 or sometimes even up to 24 months! This is the longest maternal link amongst baleen whales.

Giving birth in the St. Lawrence

Two cetacean species give birth in the St. Lawrence in summer: belugas and harbour porpoises. Some harbour porpoise calves were spotted this week, both in the Gaspé Peninsula and on the North Shore (Côte-Nord). A mother harbour porpoise will nurse and care for her young for 8 to 12 months. Remarkable factoid: female harbour porpoises can be pregnant and nurse at the same time! Talk about a physical investment!

For belugas, the first newborns are usually seen during the last week of June or the first of July. Nursing is believed to last between 6 and 24 months, while maternal care can sometimes last up to 3 years! In belugas, there is also a significant investment of effort by females other than the mother, which is referred to as allomaternal behaviour.

Calving in the middle of the boating season comes with its share of challenges. Imagine giving birth in the middle of the highway. Stressful, wouldn’t you think? If you do go out on the water, be particularly vigilant for the presence of whales resting on the surface or swimming with young. To show good stewardship toward whales, it is important to maintain a respectful distance from them.

Where were dozens of other whales seen this past week? Just for fun, take a look at the observation map and get a glimpse of just how rich life in the St. Lawrence is. 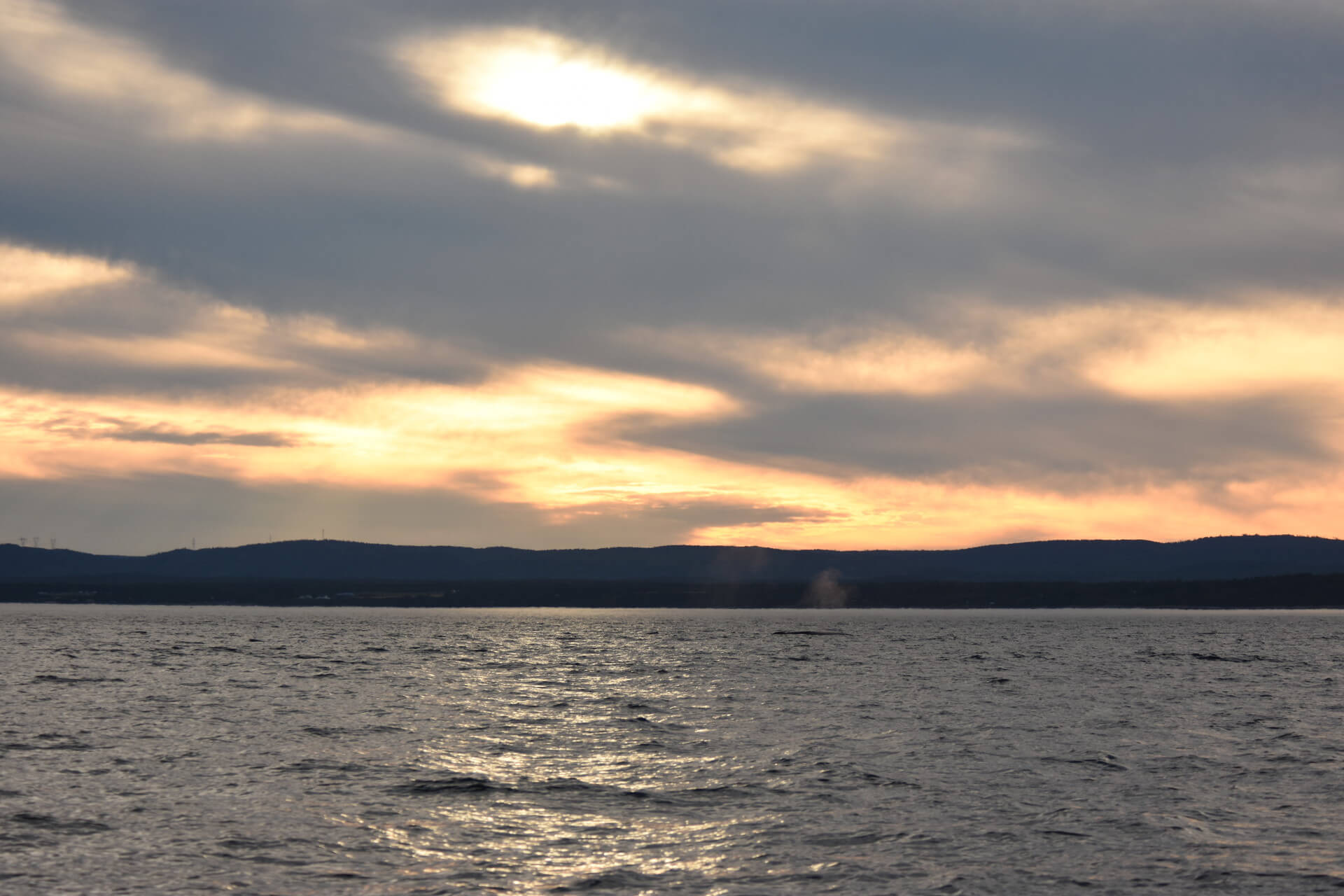 It is a beautiful evening of observation, a magnificent sunset, a refreshing breeze, a most grandiose panorama. The eyes turned…

Andréanne Forest |Observation of the Week 1/9/2022