At what age do female belugas stop having offspring? 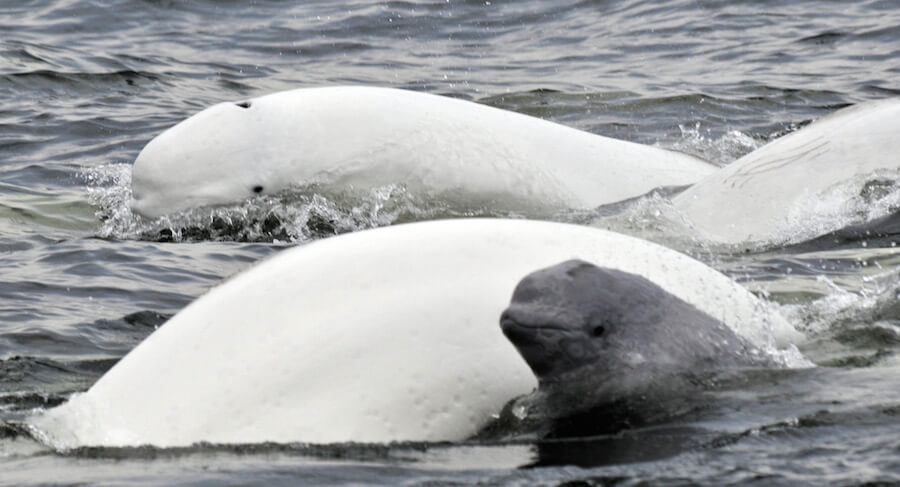 Female belugas reach sexual maturity between the ages of 8 and 14 and can live between 60 and 80 years. When do they stop having young? Do they go through menopause?

According to Robert Michaud, Scientific Director for the Group for Research and Education on Marine Mammals, “there are no clear signs of menopause in belugas, but rather signs of senescence.”

Senescence (or aging) is defined as “the time-related deterioration of the physiological functions necessary for survival and fertility” (Scott F. Gilbert). This would mean that belugas gradually lose the ability to reproduce over the years, but the end of breeding might also coincide with death. Menopause, on the other hand, implies that reproduction ceases long before the end of active life. In a sense, it is a “post-reproductive” period.

Although there is no evidence of menopause in belugas, researchers have observed on multiple occasions older cows such as Blanchon, who, year after year, were no longer accompanied by young. Will Blanchon ever be seen again with a calf? Her former companion, Slash, who died in 2013 at the age of 47, had not been observed with a calf since 1992. Analysis of her ovaries during the examination of her carcass also revealed no recent reproductive activity.

These observations are consistent with those of Burns and Seaman (1986), who examined over 600 carcasses of belugas that were harvested in Alaska. According to their study, the proportion of female belugas that have recently been pregnant (or are reproductively active) decreases as they age. 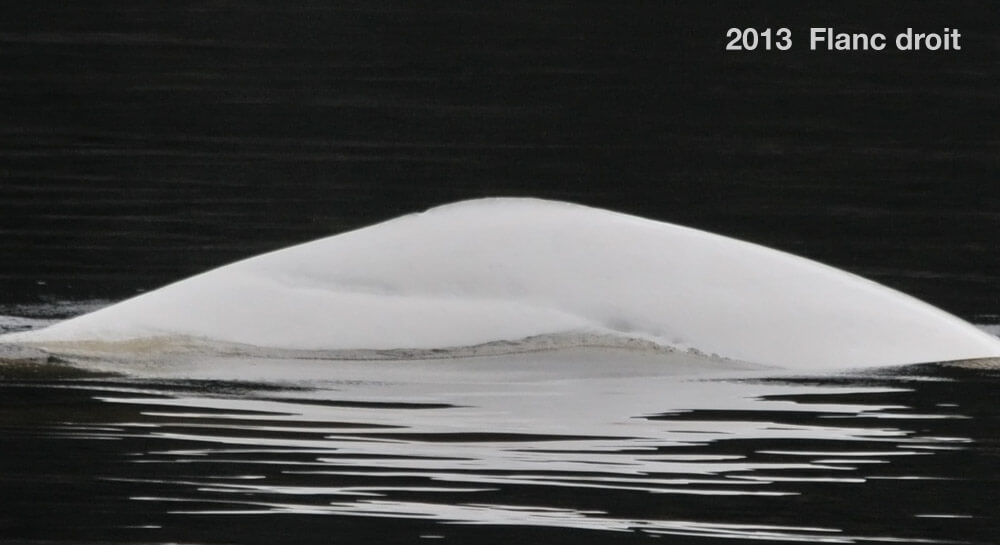 Although senescence is widespread in the animal kingdom, menopause seems to be infrequent. Until recently, menopause had only been associated with humans. Now, some researchers are studying this phenomenon in so-called “non-human” animals. A study of killer whales (in French) shows that females stop breeding between the ages of 30 and 40, even though they may live up to the age of 90. It would also appear that short-finned pilot whales (Globicephala macrorhynchus) stop breeding several years before their death. The function and adaptive value of the interruption of reproductive activity still raise many questions. 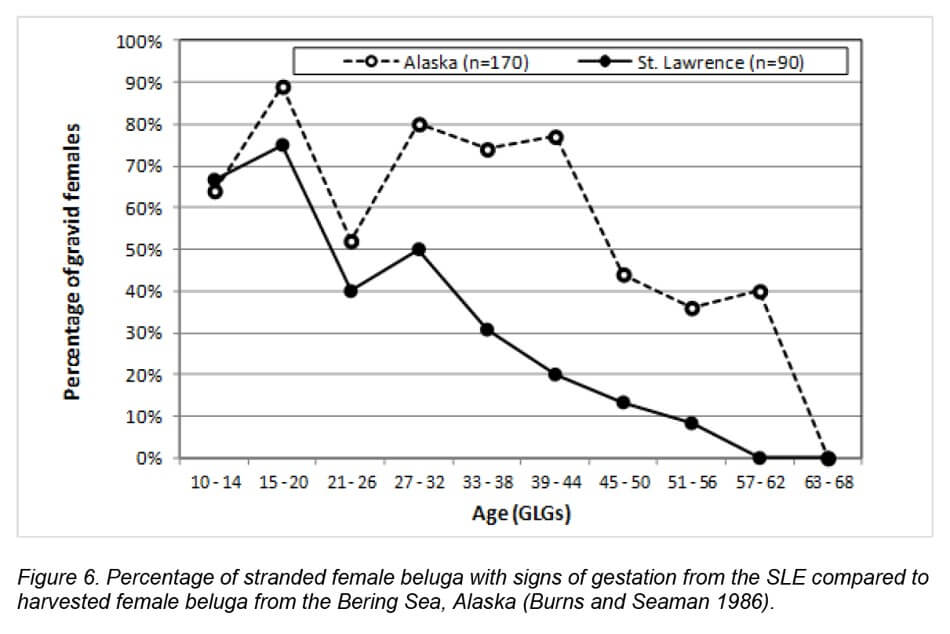