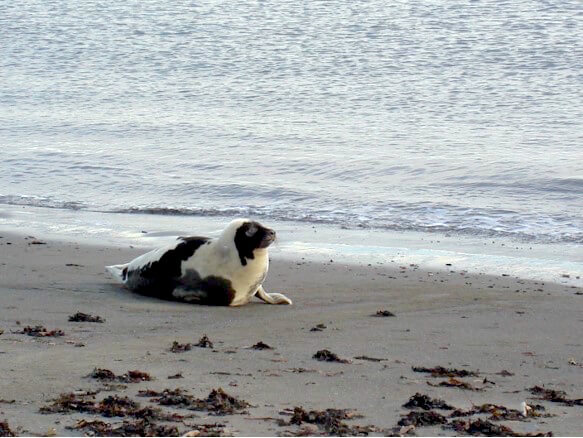 Nordic visitors were spotted last weekend in the Gaspé as well as in the Bellechasse region upstream of the Estuary. One was a hooded seal and the other was a harp seal, both of adult size.

Observers initially thought they were in trouble, as they were far from the tide line, out of the water and did not appear to want to return to sea. The harp seal was lying on one of its flippers, which made the morning walker believe that it was wounded and therefore unable to move.

In less than an hour, these migrants returned to the St. Lawrence. It was curious bystanders who unfortunately caused the hooded seal to flee.

Here are a few reminders in the event you see a seal on shore:

Are people huddled around the seal? Has the seal been present for more than one tidal cycle? Is the seal not reacting to approaching people?

Dial 1-877-7baleine. Volunteer teams will be able to travel to the scene to document the situation, post informative posters or educate curious individuals as to how to conduct themselves.

Watch the behaviour of seals resting on the beach:

In these early days of autumn, seals that spend their winters in the waters of the St. Lawrence are returning from the North. Often exhausted or moulting, these animals take advantage of the banks, in the absence of pack ice, to rest. Local residents who encounter them sometimes wonder whether these animals might be in difficulty.

Such was the case of one birder who, last Friday, observed a harp seal lying in an area of high grass in Rimouski. The observer quickly noticed that the seal was very alert; as he approached out of curiosity, the animal grunted in his direction. Such behaviour underscores the importance of keeping a safe distance.

These wild animals can react aggressively if approached. It is recommended to stay at least 50 m away when a seal is lying on the shore. This is a safety precaution not only for the observer, but also to minimize disturbance of these marine mammals, who need to be left in peace while they’re on their migration route.

“Blueback” on the horizon

Another northern seal species has been reported in Saint-Jean-Vianney in the upper reaches of the Saguenay: a hooded seal. A young animal – also known by the nickname “blue-back” –seems to have been surprised by the presence of an observer riding an ATV. We recognize the blue-back by its bluish-gray coat and dark facial mask.

Judging by the images sent to the Marine Mammal Emergencies call centre, the young animal also seems to have been startled by the arrival of the vehicle, after which it quickly fled far from the source of stress. Another example that exemplifies the importance of sharing the river banks with the seals!

Hooded seals in the northwest Atlantic are born in March on the pack ice north of Newfoundland and south of Labrador. The nursing period in hooded seals is the shortest of any mammal. Young are fed by their mothers for just four days! Following the winter breeding season, they disperse to feed before migrating to their moulting areas in southeastern Greenland. After moulting in July, they migrate along the Greenland coast, where they feed before returning to their breeding and calving grounds at the end of winter.

It is not uncommon to observe hooded seals outside their normal documented range. Juveniles do not necessarily undertake the same migration as adults, and can roam the Estuary and Gulf of St. Lawrence throughout the summer months.

Between land and sea

Our waters are home to more than just migrants! Visitors to the Penouille sector of ​​Forillon National Park in the Gaspé Peninsula noticed the presence of a harbour seal on shore one day. The animal seemed to be peacefully lying in the silt. It returned to the sea a few hours later. The harbour seal is a year-round resident of the St. Lawrence and does not undertake annual migrations. 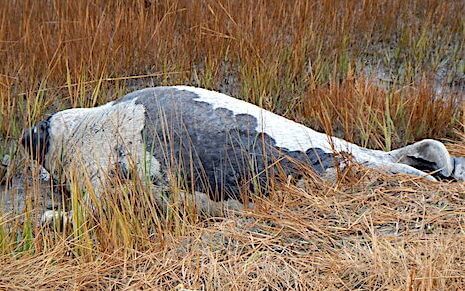 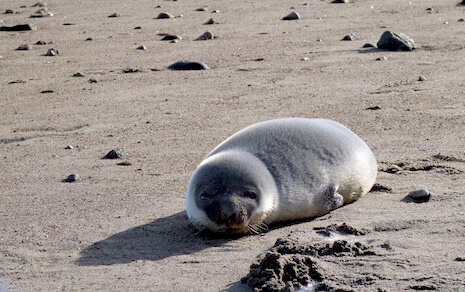