Why go to the Caribbean when you have the St. Lawrence?

Humpback whale H944 was photographed here in August, in the marine park, and yet again this week. © GREMM

Observers are simply astonished to report the continued presence of minke whales, humpbacks and fin whales once again this week. Shouldn’t these whales have already set out on their migration?

Every fall, all the species that frequent the St. Lawrence, with the exception of belugas which reside here year-round, undertake a migration of hundreds of kilometres. Most species leave the relatively narrow estuary en route to ice-free spans of ocean or the tepid waters of the Caribbean.

So what are two large dark-backed whales doing off the coast of Godbout on December 12? A cetacean may decide to linger in a given feeding ground for any number of reasons. If it is a young individual or one that is not yet sexually mature, there is no urgency to seek out a partner in its breeding grounds. It is therefore possible that the opportunity to continue feeding outweighs the call of migration. A young individual may also be inexperienced and not migrate at the same rate as most of its peers. Again, prey availability and ice cover (or lack thereof) might play a role.

Perhaps this explains the abundance of whales off the coast of Les Bergeronnes on December 14. Renaud Pintiaux observes a minke whale near the rocks, while large white spouts catch his attention farther out. Then emerges the long grey back of a fin whale in the foreground. The animal is heading toward Tadoussac. Renaud aims his binoculars toward the horizon. He tallies three more fin whales. Beyond them, a pair of humpbacks. But the real thrill comes from a humpback that approaches close enough to shore that Renaud is able to take a photo. Given the wind and the distance, the images are not super crisp, but they are good enough for GREMM’s research team to identify the individual: it’s H944. This humpback whale was often seen this fall, and regularly in the company of H930. Was this other whale too far offshore to be photographed? 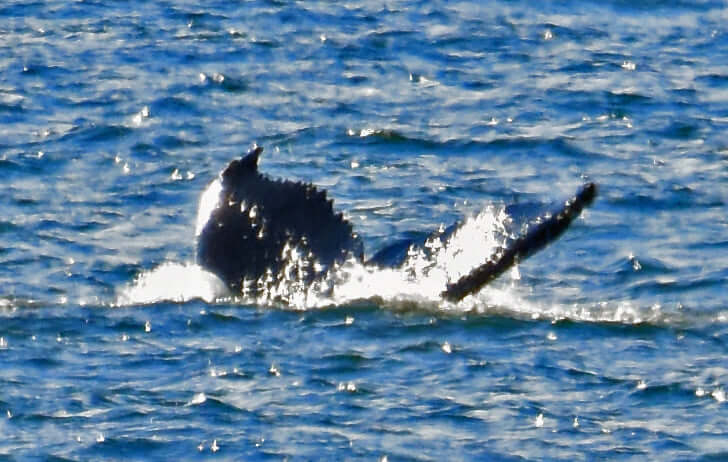 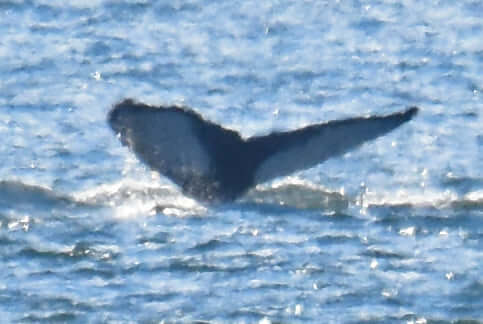 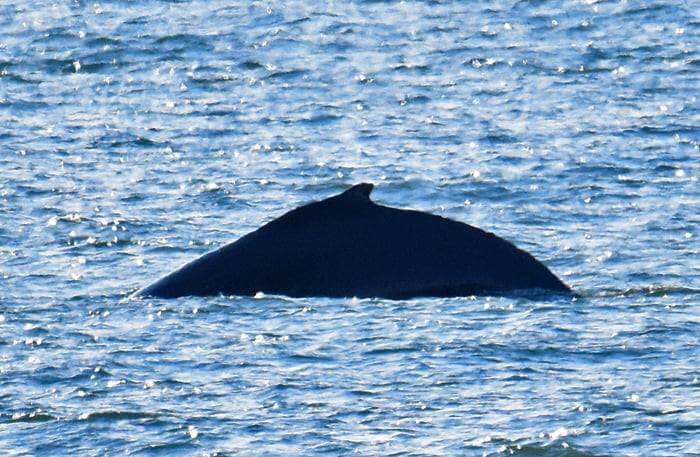 Also on December 14, Renaud enjoys a herd of some fifty harp seals and a few nice groups of belugas. Belugas have been swimming regularly off Les Escoumins. While they do become harder to spot as the ice begins to form, belugas will never be too far away. They may venture toward the Gulf to take advantage of areas that are ice-free but sheltered from storms, only to return to the Estuary the following spring.

Out in the Gaspé, on the Prélude trail near Cap-des-Rosiers, a hiker is delighted to see two humpbacks on the horizon. Encouraged by her observation, she braves the cold on December 15 and heads for Pointe-Saint-Pierre. From there, she spots a pair of humpbacks swimming close to one another, and beyond them, two more distant individuals. It is quite possible that all four could have been together despite the distance separating them. Whales do not have the same perception of distance as humans. Their communication can cover several kilometres, without the need for a telephone of course!

In Cap-aux-Os, a local resident wakes up to a breaching humpback in front of his home on December 16. Another noteworthy mammal seems to have enjoyed the show: back on dry land, coyote tracks can be seen in the snow.

In Gaspé Bay, near the mouth of the York River, harbour seals bask on the ice. Like belugas, harbour seals reside in the St. Lawrence all year long. There’s no point migrating when you can find everything you need in one place. 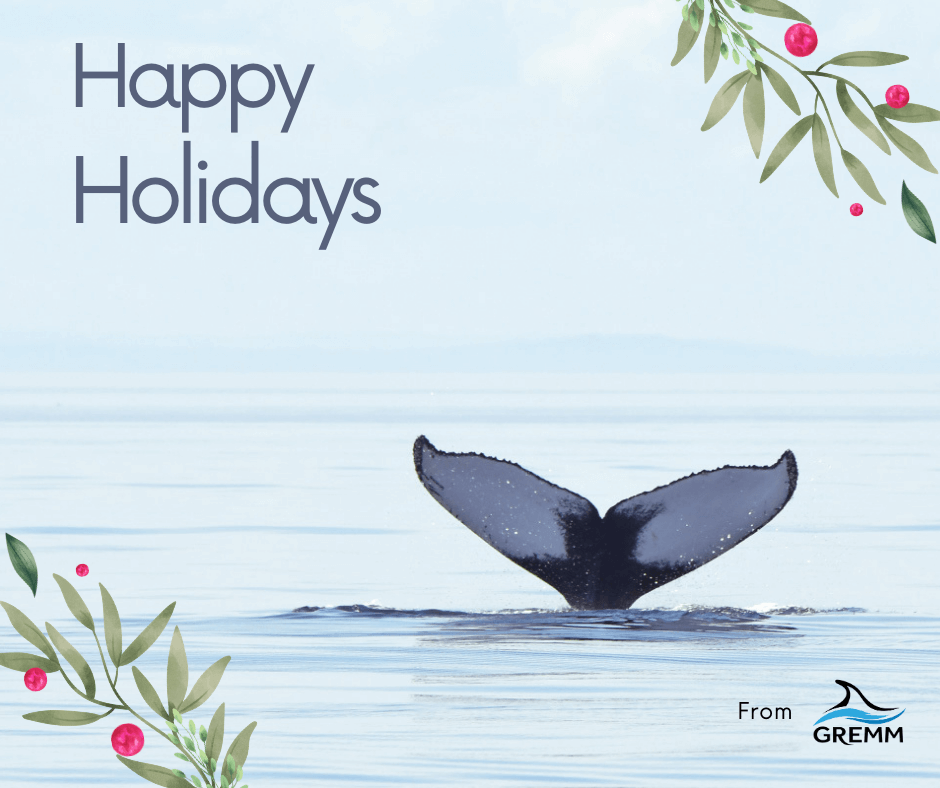