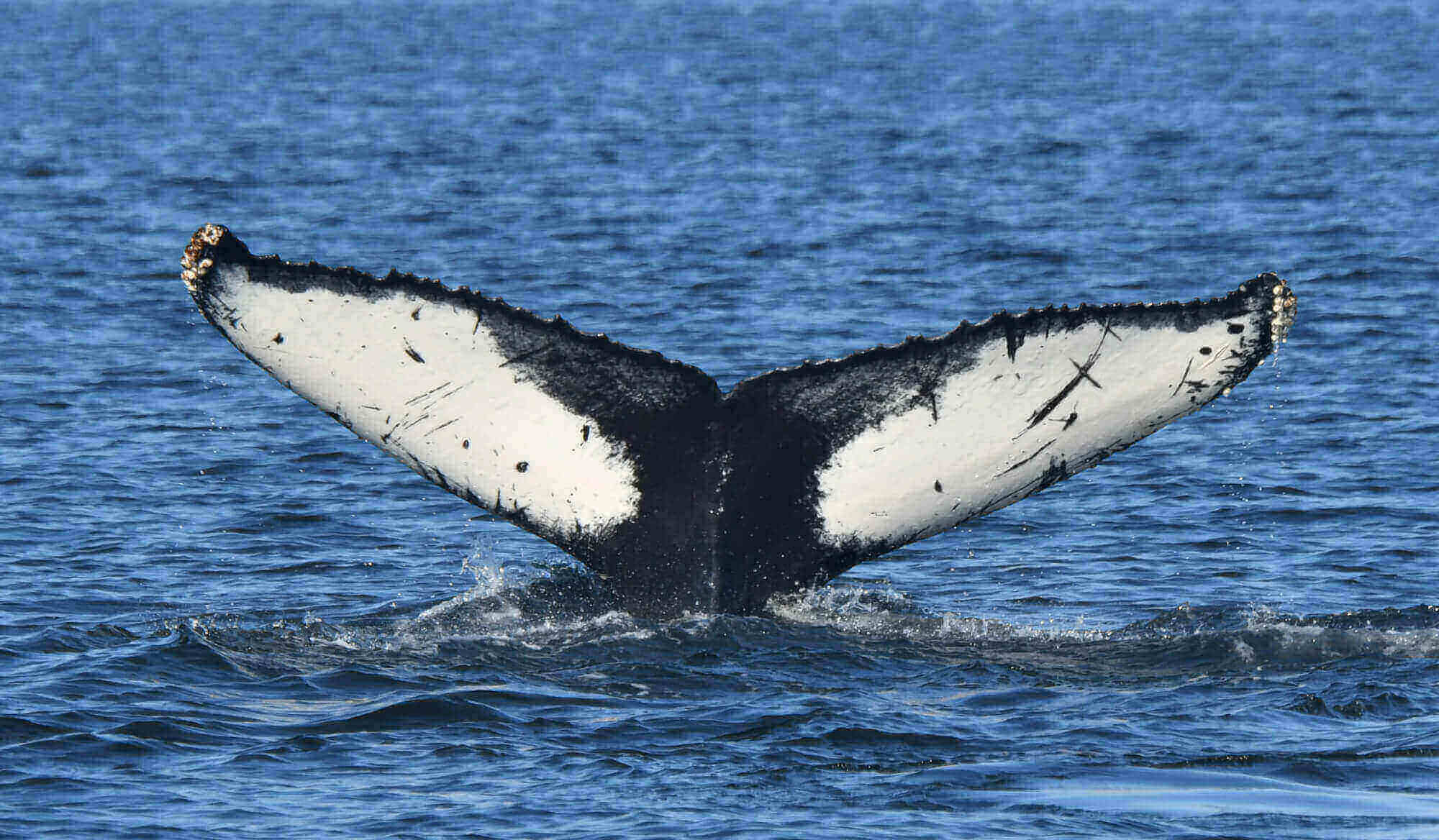 The tail is white and has an X in the right lobe and black lines similar to scratches.

Following the recovery of the humpback whale population in the St. Lawrence, more and more individuals are being observed each year. Since this one is new to the Estuary, there is still much to learn about it. If it ever becomes accustomed to the area, it could even eventually get a name. So, if you see a humpback whale, keep your eyes open: it might be H944!

Spotted every year since 2018, the humpback whale H944 has just arrived in the estuary along with H930, sometimes nicknamed “Guadeloupe”. Last summer, these two individuals had been observed together on numerous occasions. Do whales develop friendships? According to a study carried out in the Gulf of St. Lawrence by the MICS, humpback whales often form short-term associations on feeding grounds, for a few hours or days. However, only two types of associations last over time: those between a male and a non-lactating female, which rarely last more than two weeks, and those between two non-lactating females of similar age, which can extend over an entire feeding season and even last six consecutive summers. Thus, H944 and H930 may be seen together for several more years! It is likely that these female relationships break down during the winter, as pairs are rarely seen during migration and the breeding season. As of December 2020, H944 was still in the estuary and last June she was photographed in the waters of Maine. However, it is important to remember that humpback whales’ vocalizations cross many kilometers, so they could be in contact even when they do not see or touch each other. The formation of stable pairs could allow females to optimize their feeding maneuvers, on which their survival and ability to reproduce depend.