White Spouts in the Chilly Air

If you are a seasoned observer (read: hundreds of hours of observation at a minimum) and weather conditions allow, certain species of whales can be recognized by their spout alone. However, the breath of many species is not usually visible… except under certain conditions.

This is how Whales Online journalist Laure Marandet was able to spot belugas in the Saguenay… by their breaths! As she walks her dogs on the beach in L’Anse-de-Roche on November 1, small plumes flush with the water catch her eye. Then, off Anse-à-Pierrot, she notices that around twenty belugas are swimming together.

Why are their breaths visible today, whereas as a rule, they’re not? Whales have a body temperature similar to our own, i.e. around 37°C. The air inside their lungs is therefore also this temperature. Thus, when six belugas exhale off Saint-Irénée on November 3, the hot air from their lungs condenses upon contact with the colder outside air in this very chilly early November. She watches their ballet for a half an hour.

So why are the spouts of rorquals visible year-round then? In addition to the difference in temperature, since the exhaled air is compressed, the difference in pressure between their lungs and the ambient air causes their breath to condense or vapourize. In this mass of expelled air are also water and oil droplets from the upper respiratory tracts or top of the blowhole, which are more numerous in larger whales.

Thus, the breath of a visiting blue whale in Gaspé Bay is enough to make a couple peer up from their lunch in Cap-aux-Os on November 1. “While we debated whether it was a blue whale or a fin whale, the animal approached and we were able to make a positive ID: it was a blue.” The couple also observe both harbour and grey seals.

Beyond the bay, in the St. Lawrence, the waves swelled… to the point that a few brave souls were actually surfing them near Percé! “The weather was not that great for spotting whales, but I did see grey seals playing in the waves,” relates one surfer.

Around the world, there are numerous reports of sea mammals riding the waves. While dolphins are known to frolic in the wakes of boats, a minke whale has already been filmed by a GREMM research assistant surfing off Tadoussac! 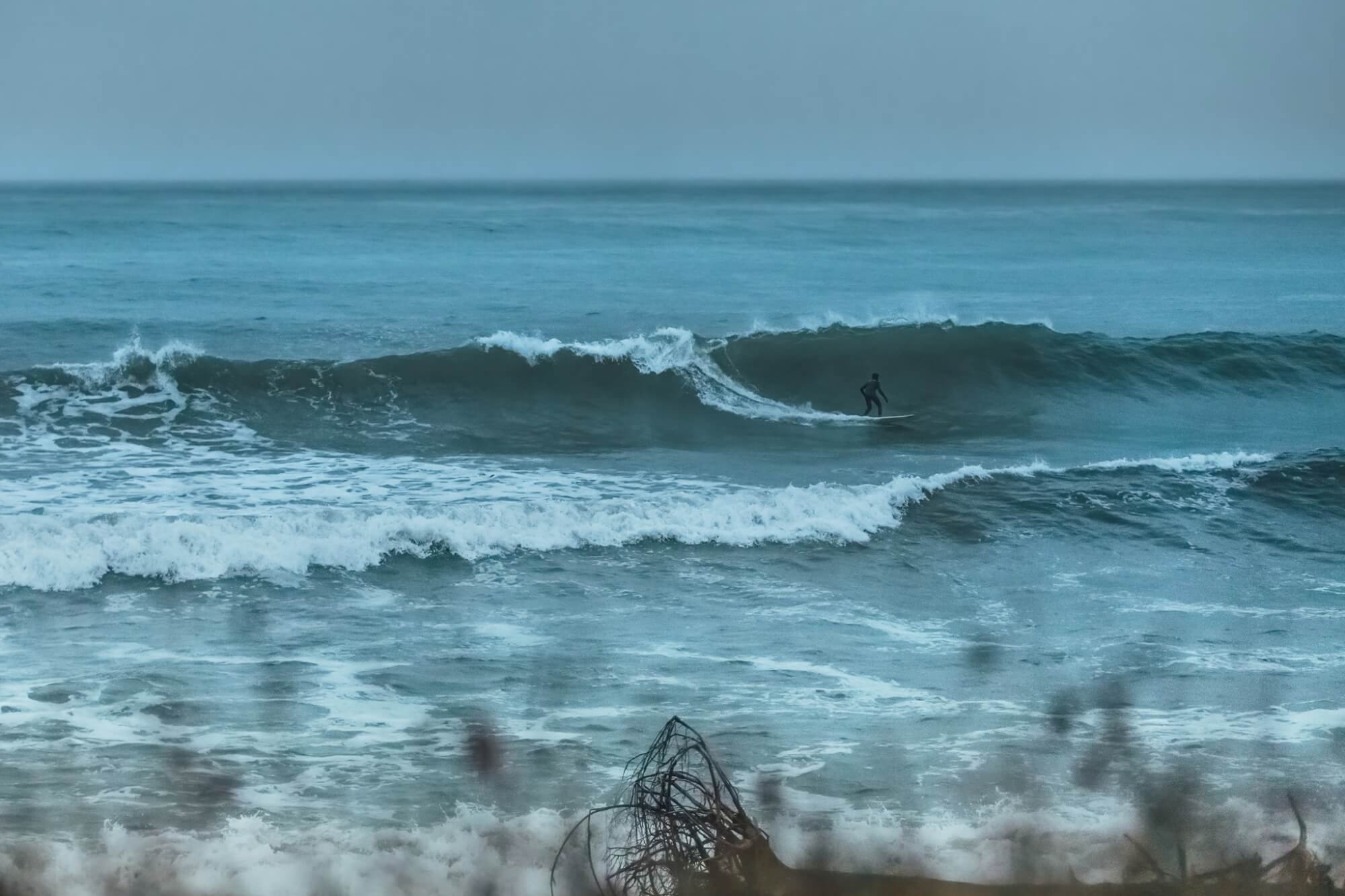 Another seal sparked the curiosity of crew members on board the Rivière-du-Loup–Saint-Siméon ferry. This harp seal was taking advantage of ice near the wharf to rest. This species is mainly observed in the Estuary in winter, which is really just right around the corner! 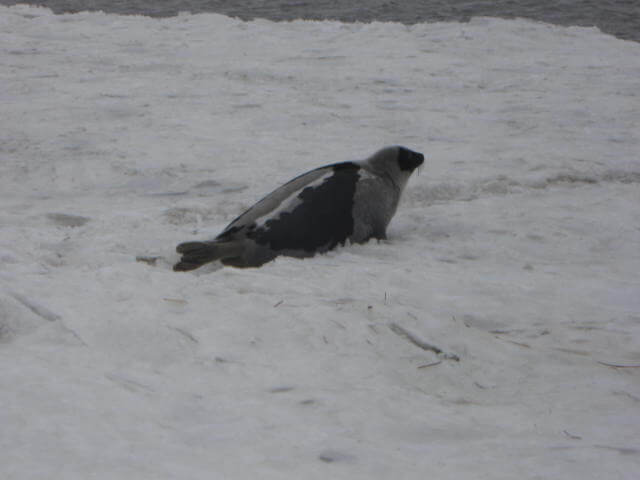 It is normal for seals to rest out of the water. © René Jalbert

On November 1, a resident of Cap-des-Rosiers in the Gaspé Peninsula begins her day at the crack of dawn. About one nautical mile off the coast, a humpback is cruising westward. “It was all yellow when it lifted its tail. What a show!”

Off Sept-Îles and Longue-Pointe-de-Mingan, a few minke whales are still roaming. Far off the coasts of Port-Cartier, a handful of fin whales continue to feed. Jacques Gélineau notes that several animals have left the area. Did the animals migrate, or did they just want to avoid the foul weather near the coast?

The same holds true for the Saguenay-St. Lawrence Marine Park. There are still groups of fin whales offshore, but it appears that the humpbacks are gone. “There are still about fifteen or so minke whales. I can easily count them by their spouts, which are easy to see in the cold,” says Jessé Roy-Drainville, who surveys migrating birds. Whales have begun their migration, but what about the birds? “Generally speaking, it’s slowing down. However, on November 3, we broke the record for migrating bald eagles. I identified 63 of them, including a group of 11 within which a golden eagle was mixed in! All in all, we tallied 565 this season, while the previous record from 2019 was 320. The species seems to be on the upswing!” Jessé says jokingly: “They looked as if they were in a hurry. Maybe they were all rushing to cast their ballot in the US…” 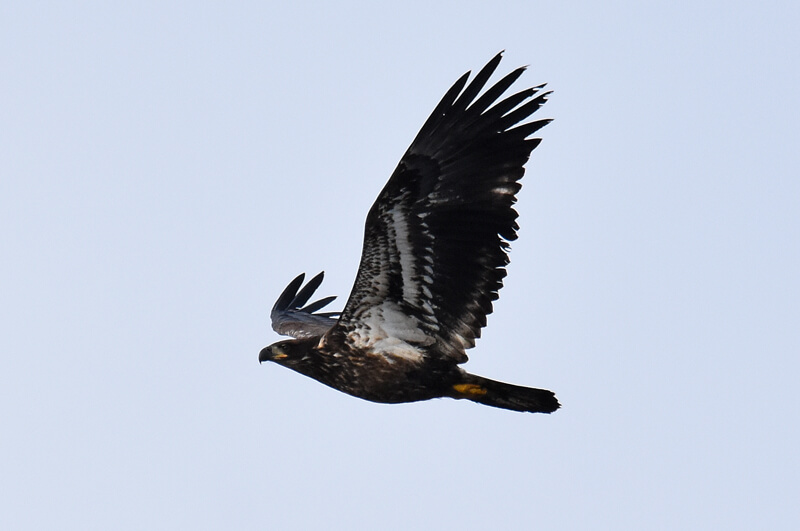