What Good is Whale Poo? 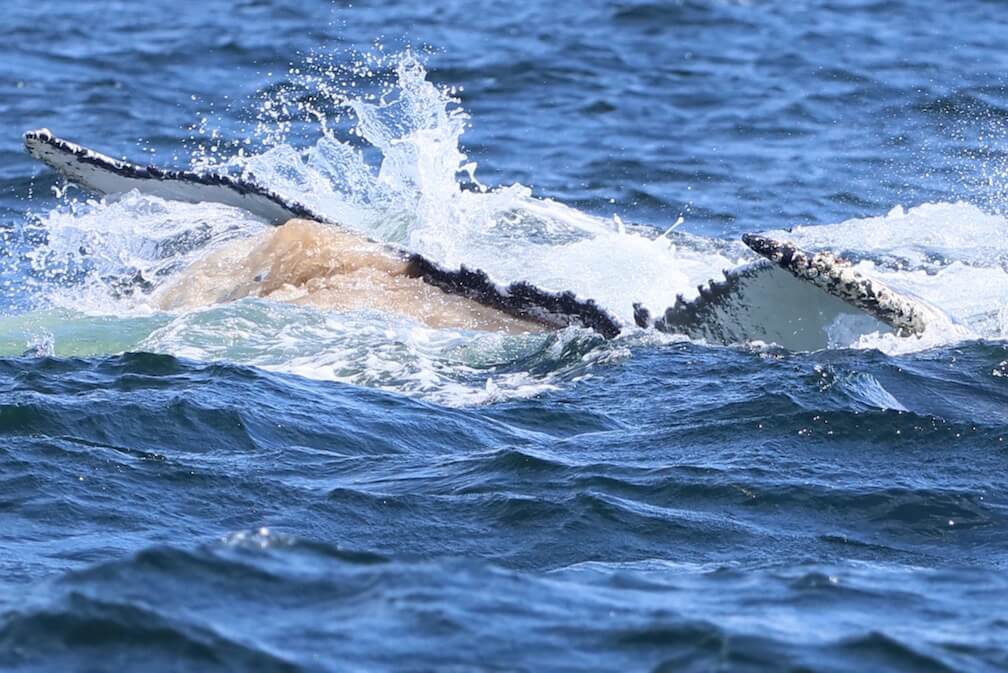 In summer, whales find themselves in the St. Lawrence to stock up on food. Krill and fish are on the cetaceans’ menu. Of course, once it’s all digested, they evacuate what they no longer need! Whales engulf huge amounts of food every day – between 1 and 4 tonnes for blue whales, for example – which is enough to produce an impressive amount of feces. Rather liquidy in consistency, whale excrement can tell us a lot about their diet and their health. Most importantly, their discharge will play a role in the overall health of the oceans and the planet, to say the least!

A link in the food chain

Rich in nutrients such as nitrogen and iron, whale feces contributes to the development of tiny plants called phytoplankton. It forms the first link in the ocean food chain, providing food for zooplankton such as krill, which are devoured by minke whales.

Whales dive – partly to feed – and then resurface to breathe. This is where they release a plume of fecal matter. Thus cetaceans contribute to the mixing of nutrients, bringing the latter back to the surface where they are needed by phytoplankton (in addition to light) for their development.

By stimulating the growth of phytoplankton, whales support the growth of fish populations that feed on them. Contrary to the once popular belief whereby whales depleted fish stocks, they actually contribute to their development and therefore the long-term vitality of fisheries for a number of species!

Additionally, similar to land-based plants, phytoplankton use the CO2 found in the water and the atmosphere as well as sunlight to produce energy and oxygen – a mechanism called photosynthesis. In fact, phytoplankton produces half of the oxygen we breathe and is essential to every living being. And, by trapping CO2, a greenhouse gas, these tiny organisms help fight climate change.

By collecting and analyzing whale feces, information such as the animal’s sex and diet can be obtained, making this a non-invasive method to learn more about these marine mammals. A simple visual examination can also tell us about the type of prey consumed: reddish poop is associated with an intake rich in krill, whereas a greenish colour is a sign of a diet composed essentially of fish.

In summary, phytoplankton are food for organisms that in turn become prey for whales. Through their excrement, whales feed phytoplankton that absorb carbon – thereby mitigating global warming – while releasing life-enabling oxygen.

The dramatic decline in cetacean populations following intensive whaling (the estimated biomass of whales has dwindled by 85%) has impacted the structure of oceans and the way they function. A healthy ocean (and Earth) needs whales to exchange nutrients and play the role of fertilizers. All the more reason to protect them and help their populations recover!