What are the main causes of mortality in seals? 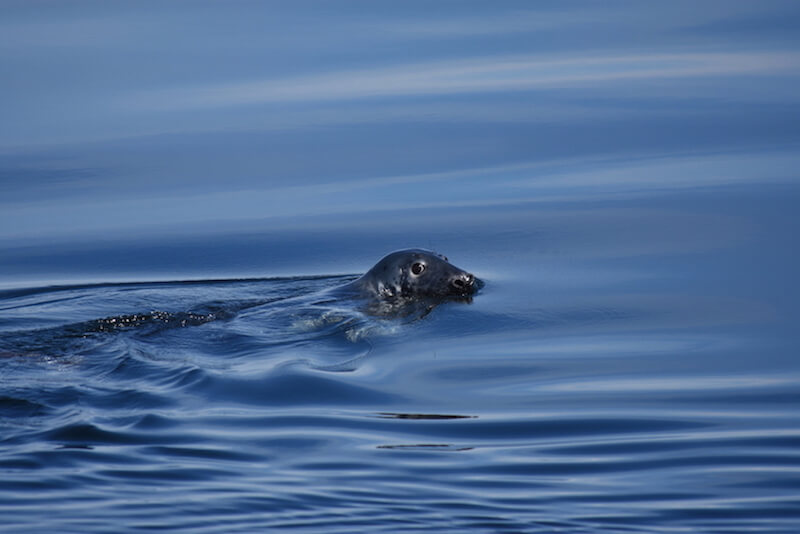 The grey seal visits the Estuary in summer to feed, then migrates south in winter. © GREMM

At the call centre for the Quebec Marine Mammal Emergency Response Network, 80% of reported cases involve seals, whether they are living individuals (at rest, injured or being harassed) or carcasses. How do seals most often meet their death? Predators? Collisions? Disease? In fact, the causes of mortality can be any of these or a combination thereof, so it is often difficult if not impossible to determine exactly which one(s) got the better of the animal.

Worms in the lungs

Like all animals, seals are host to a number of parasites, including lungworms, heartworms and other types of worms in the digestive tract. Ingested by the fish that seals feed on, the larvae of these worms settle in their host’s digestive system, metamorphose into worms and eventually migrate to different parts of the body. Through their feces and in their coughs, seals release new larvae that settle to the bottom of the water, where they are later eaten by fish and infect other individuals. 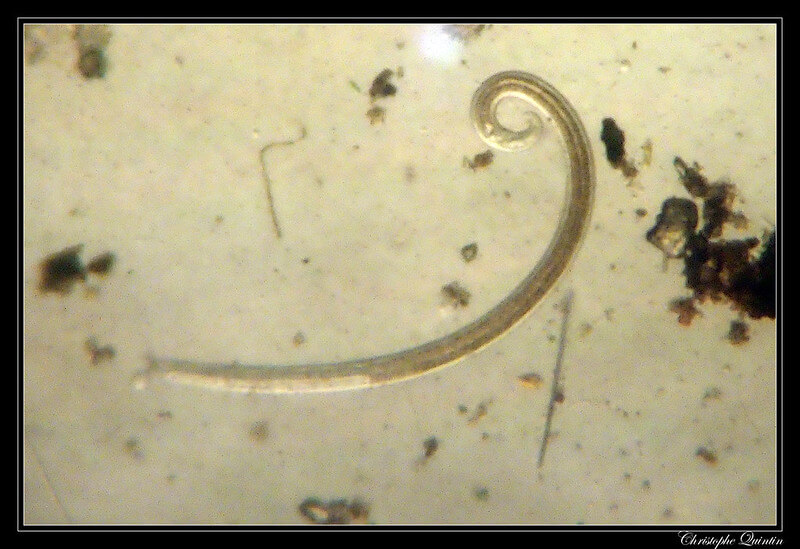 Nematodes (roundworms) enter the organisms of many animals, including pinnipeds. © Christophe Quintin

Worm infestation is part of the natural life cycle of seals and does not normally affect their health. Parasites enter the bodies of young seals when they start to eat fish, i.e. after they have been weaned. Therefore, seal pups must develop their immunity to parasites in order to continue their development. The majority of pups survive these infestations and grow accustomed to them. For others, however, the presence of worms, especially lungworms, can lead to the development of other diseases such as pneumonia. These weaker young seals struggle to breathe, which compromises their ability to dive for food. They end up stranded on the beach, underweight and starving.

According to a study carried out on a population of fur seals in Guadeloupe, 50% of pup mortality in this species is attributable to parasitism and emaciation. These two afflictions are interrelated in a vicious circle: an infected animal cannot eat, and a poor diet can lead to an individual becoming infested. 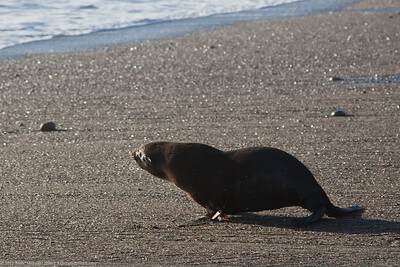 The fur seal population of Guadeloupe is slowly recovering after being driven to the brink of extinction by hunting in the 19th century. © Mike Baird

Helping pups... from a distance!

In order for pups to withstand parasites, they need to build up their energy and fat reserves while they are still nursing. This is why it is essential to stay away from newborn seals if you encounter them on the beach, even if they are extremely adorable and sometimes sound as if they’re whimpering. Indeed, if the mother notices the presence of humans around her young, she may return to feed it less frequently, or worse yet, abandon it altogether. The pup may starve or prematurely switch over to a fish-based diet, even if its immune system is still not strong enough. 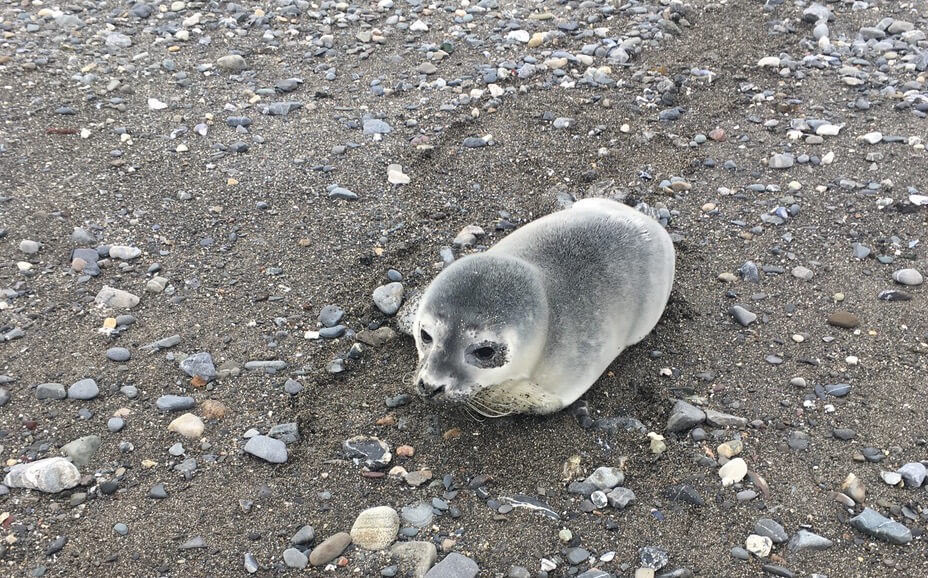 Residents along the St. Lawrence often see young pups alone on the river banks and do not always know how to react. © GREMM

Moreover, another study carried out on the fur seal population of Chile’s Guafo Island has shown that climate change is likely having an impact on the survival rate of pups in this region due to parasite infestation. The number of deaths is believed to increase as the water temperature rises. For every 1°C rise in temperature, the mortality rate in pups is believed to increase by 10%!

How might we explain this finding? There is a long chain of cause and effect: Rising water temperatures have an impact on the distribution of phytoplankton in the ocean, such that the populations of these micro-organisms tend to thrive more in waters near the poles and perish in those of the tropics.  There is therefore less phytoplankton around Guafo Island, and therefore fewer of the fish that feed on these organisms. As prey levels decline, mother fur seals have to hunt longer and farther away from the coast, which cuts into the time they are able to dedicate to caring for their pups. Malnourished, these pups become less resistant to parasites and more vulnerable to infections.

Yet another good reason to strive to stem global warming.

A multitude of causes

In the adult seals present in the St. Lawrence, the causes of mortality vary widely and no single cause is predominant. Some of the more adventurous individuals find themselves in unfamiliar territory where food is scarce and thus succumb to weakness and hunger, while others pick up various viruses and bacteria through wounds or through their food. Collisions with boats and entanglements in fishing gear are still poorly documented, but it is very plausible that some seals can and do fall victims to these kinds of incidents. Moreover, seals’ main predator, the killer whale, is a very rare visitor to the Estuary, but seven species of sharks inhabit the St. Lawrence and do take the occasional pinniped. The Network has often received reports of stranded seals with tooth marks indicating an attack by a large shark.

All in all, the absence of a predominant threat to seals in the Estuary is good news: it means that populations are stable and are able to self-control by relying on the survival of the fittest individuals. 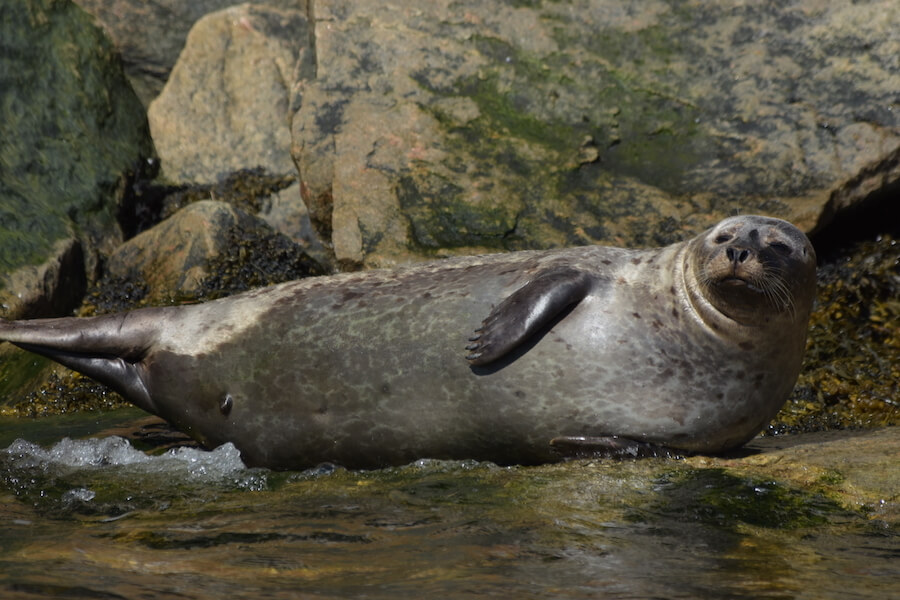 The harbour seal is the only seal that inhabits the St. Lawrence River year-round. © GREMM