Since whales and ungulates share a common ancestor, are the former able to ruminate? 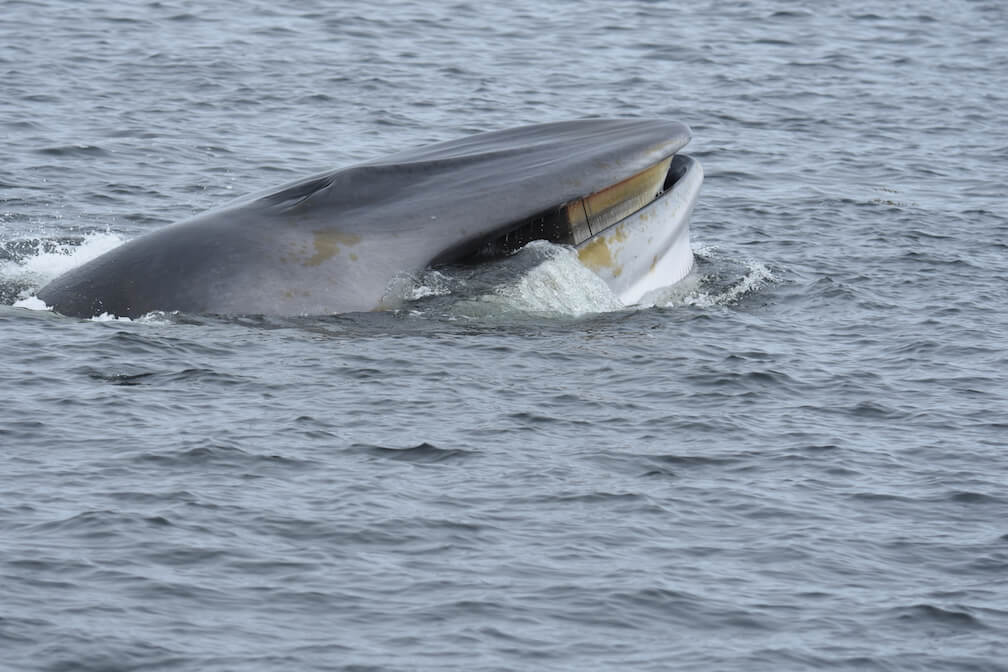 Whales are carnivores that feed on small shrimp-like crustaceans. Yet their digestive systems do not resemble those of carnivorous mammals. Surprisingly, their stomachs are most similar to those of cows!

The stomachs of whales are compartmentalized into multiple chambers (or stomachs) like those of ruminants. Biologist and whale expert Pierre-Henry Fontaine explains, “compartments allow them to swallow large quantities of food quickly and without having to chew.”

In cows, these compartments serve to break down the cellulose found in plants in order to digest it. They ruminate their food, which means they digest it a first time, regurgitate it, swallow it again and digest it for good.

In 2015, a team of researchers discovered that the bacteria found in the digestive systems of baleen whales are a sort of hybrid between those of cows and those of predators with a meat-rich diet such as lions or tigers. But if whales don’t eat algae, why do they maintain typical herbivore bacteria?

Mixing these two types of microbial communities allows whales to digest not only the flesh of the small crustaceans they eat, but also their carapaces (shells). The first chamber of the whale’s stomach works the same way as the digestive system of ruminants and breaks down the main component of crustacean carapaces: chitin.

The latter then becomes available as a food, which is not negligible since carapaces represent up to 10% of a whale’s total food intake. If they were unable to digest chitin, whales would lose that food source that would otherwise be defecated. When you think about it, whales are the champions of not wasting food!

Biologically speaking, whales are therefore not ruminants. They are carnivores, though their stomachs still retain undeniable traces of their ungulate ancestors! 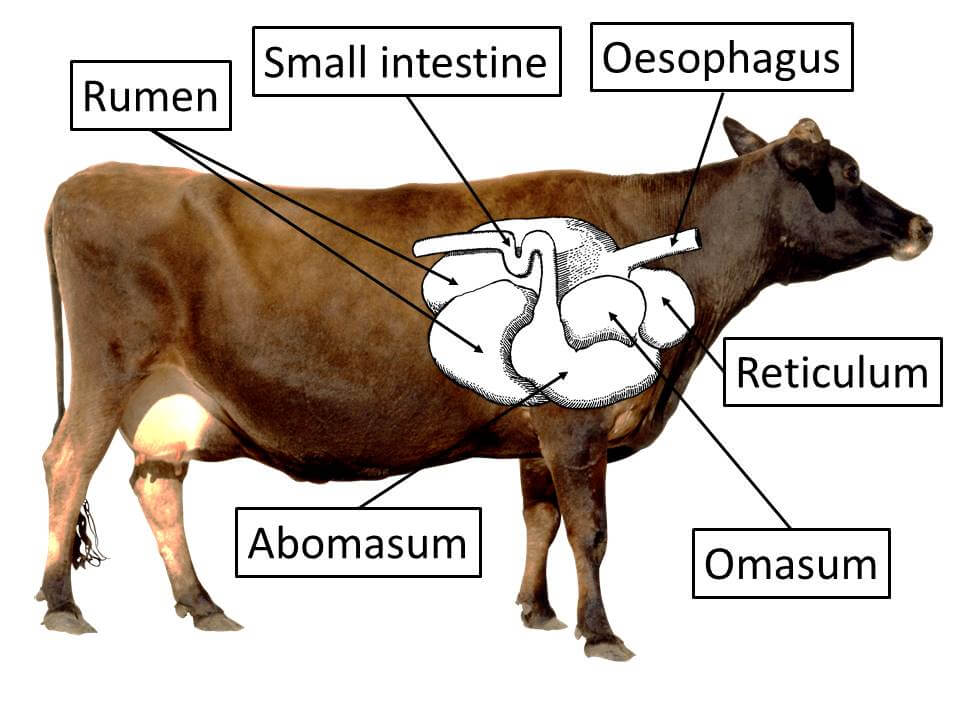 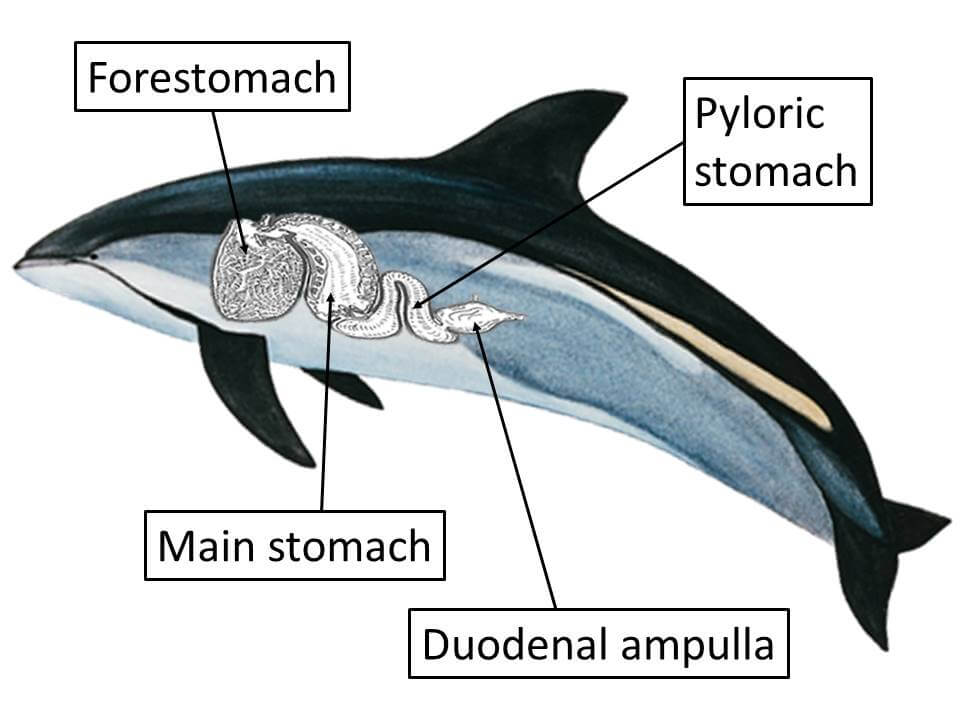