The narwhal has been seen several times in 2021! © GREMM

Is the narwhal still in the region? Is it still associating with belugas? How is it doing? Many of you have written in looking for news! Ever since it first showed up in the St. Lawrence in 2016, this narwhal has been a source of fascination for the public and scientists alike. This arctic nomad has made the Estuary its new home, much to the delight of whale enthusiasts. In 2021, for the sixth consecutive year, this individual was observed on a handful of occasions.

It was seen for the first time in mid-July near Île aux Basques. As in previous years, the narwhal was primarily seen in the southern parts of the Estuary, between Île Rouge and Trois-Pistoles. It also regularly visited the area around Île aux Pommes. Lastly, it was also spotted this year at Cap Granite, Les Bergeronnes, and in the Saguenay Fjord, even venturing into the Baie Sainte-Marguerite sector.

A social circle under construction

Once again, it was observed that the narwhal would most often frequent herds composed mainly of young males. However, he does not yet seem to have found any regular companions. “Maybe it’s because he’s still relatively young? wonders researcher Robert Michaud. After all, it is estimated that the narwhal is only between 10 and 12 years old. This is therefore an individual that, like its beluga companions, has not quite reached sexual maturity yet but is getting close. 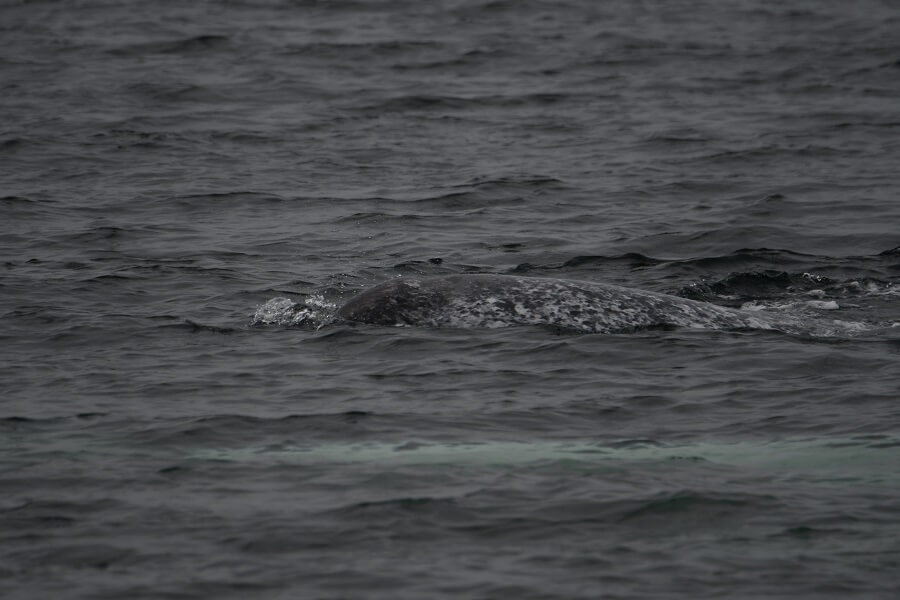 The narwhal is always in search of permanent social links with its beluga congeners. © GREMM

This year, GREMM was able to collect aerial images of the narwhal taken by the drone that the organization’s team uses for photogrammetry research projects. These images will then be used to take measurements of the animal, including its girth and length. These characteristics can then be used to monitor its health over time. In 2021, the narwhal was estimated to measure four metres with an approximately one-metre-long tusk.

Thanks to photogrammetry, it is possible to take the measurements of the narwhal. © GREMM

The narwhal has not yet been given an official name. This atypical “unicorn of the seas” is still up for collective adoption and all sponsors are invited to suggest a moniker. There’s still time to contribute to this cause!

On Sunday, January 16 at 6:30 p.m., the narwhal will be the subject of a documentary broadcast during the program Découverte. Be there to learn more about his extraordinary adventure!