Sometimes, Best Way to Help Whale is to Leave It Alone 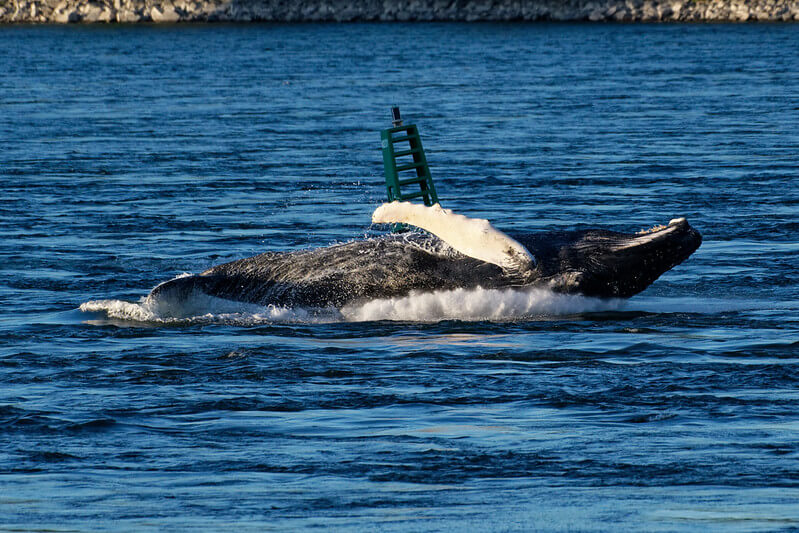 Many people have been writing to us to express their concern about the humpback whale currently in Montréal. We appreciate their concern and thank them for their dedication to cetaceans. The Quebec Marine Mammal Emergency Response Network is also concerned about this young rorqual. We are hopeful that it will soon resume its path downstream. This is why we are striving to provide here the most clear and precise information we can on how the Quebec Marine Mammal Emergency Response Network (QMMERN) is determining its course of action in the case of the humpback whale in the Montréal area.

The QMMERN is an umbrella organization that brings together a number of groups with expertise in whales and animal health. It is coordinated by the Group for Research and Education on Marine Mammals (GREMM), and mandated by Fisheries and Oceans Canada. Its team is in contact with other experts in whale and seal interventions across Canada and internationally, including Frances Gulland of the Marine Mammal Center, a major organization for marine mammal rehabilitation and research on the subject.

The best thing one can do to help this humpback return to its natural habitat is to leave it be, and let it make up its mind on its own. The whale is swimming freely, appears to be in fairly good physical condition and could at any time start moving downstream toward the Estuary or the Gulf of St. Lawrence, where humpbacks are usually found. No physical obstacle stands in its way.

In order to offer the animal the opportunity to resume its journey back to its fellow humpbacks, nautical patrols carried out by the SPVM and fishery officers are ensuring that boaters maintain a minimum distance of 100 metres. In addition to being compulsory, this distance ensures the safety of boaters. Pilots of commercial vessels are also being notified of the whale’s presence.

Conversely, trying to force a 10-tonne animal to follow a path against its will is a very delicate exercise. The presence of this humpback whale in the fluvial portion of the St. Lawrence is not the result of human intervention. On the other hand, human intervention to try to move it or to force it leave could cause the animal stress or further disorient it, or even result in a potentially fatal injury. Interventions also pose risks to humans.

Additionally, various attempts made in similar situations elsewhere in the world to move a whale against its will (whether via sound emissions, feeding, physical manipulation, etc.) have often ended in failure (see below). For these reasons, notwithstanding a major development in the situation, QMMERN and its partners prefer to “let nature take its course” and pursue an awareness-raising intervention with users of the St. Lawrence. 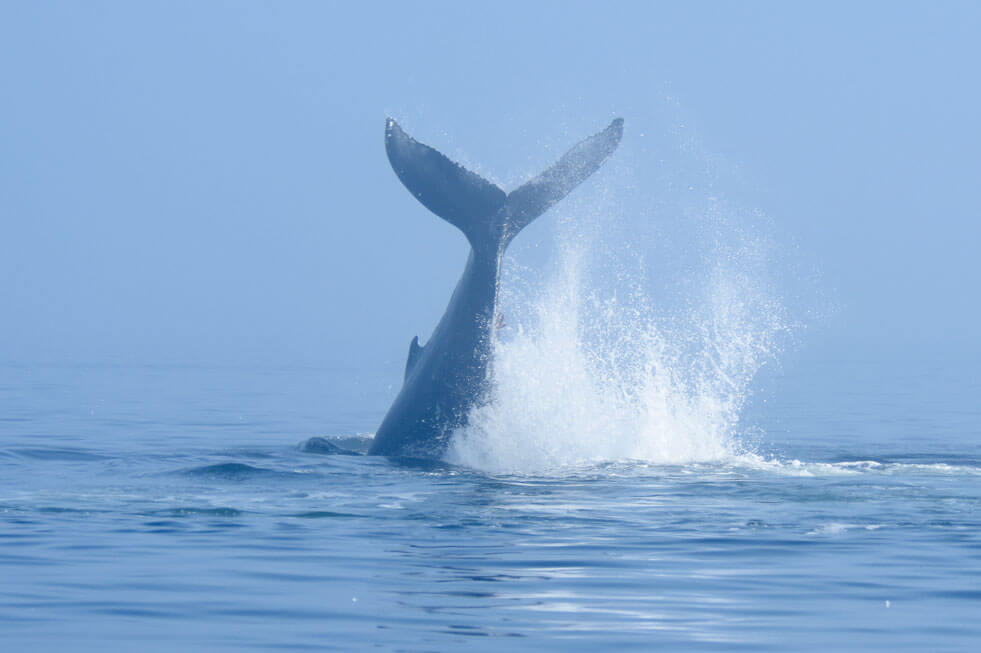 What other cases can serve as a reference for the Quebec Marine Mammal Emergency Response Network?

A few noteworthy cases involving humpback whales can be taken as an example to understand the decisions currently being taken. For example, in May 2007, a mother-calf pair swam up the Sacramento River. Both whales showed injuries resulting from a collision with an engine propeller. To coax them back toward the ocean, teams tried various scare tactics, including alarm signals, playing killer whale sounds – a species that preys on humpbacks – the “oikami” technique developed by Japanese fishermen, which consists of hitting metal tubes, spraying the water surface near the whales with fire hoses, driving the whales away with boats, etc. None of these techniques had a significant effect. Due to their injuries, the two whales were administered a dose of antibiotic, which was unprecedented at the time. After 11 days, the two humpbacks left the freshwater area on their own to return to brackish water. Their skin conditions became less severe after just 24 hours. The mother-calf pair then took to the open sea, after a stay of around 20 days. The response team supervised by Frances Gulland therefore recommends that other response teams facing similar situations “ensure the animals’ protection by preventing disturbance by boats and reducing the risk of collision rather than trying to repel or move the animals.”