Return of a Star? 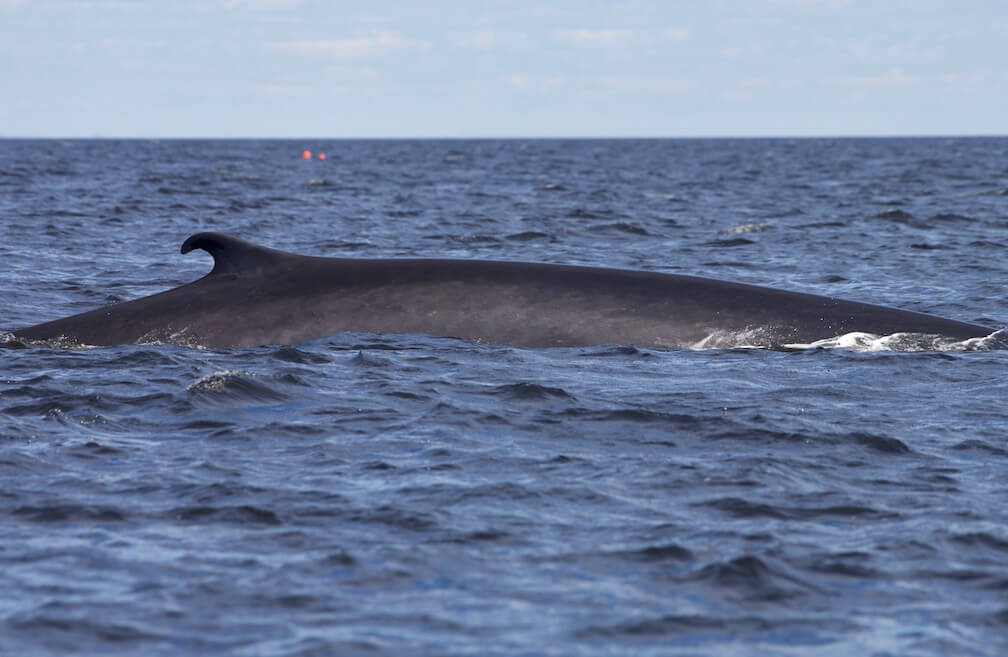 The hastily composed email betrays the excitement of its sender. The observer just photographed a fin whale with a particularly curved dorsal fin off Sept-Îles on May 19. Its shape is reminiscent of the famous Capitaine Crochet. However, we believe that Capitaine Crochet died in 2013 following a fatal entanglement in a crab trap. Timothée Perrero, who oversees GREMM’s photo-ID work for large rorquals in the Estuary, analyzes the photo. Similar features in the fin are making him second-guess himself. However, this individual lacks a scar on its flank that should not have disappeared. Additional photos sent by the observer in which the chevrons are more clearly visible resolve any doubt: we have two different individuals. Capitaine Crochet did not reappear.

Who is this fin whale, then? The mystery individual does not appear in GREMM’s catalogue. It is not Bp955, a.k.a. “Ti-Croche”, Capitaine Crochet’s descendant born in 2009, who also shows a dorsal fin with a pronounced curvature. Will we see it again this summer in the Estuary, or perhaps farther downstream? Follow the observations to stay in the loop!

Havre-Saint-Pierre, May 17: a minke whale is seen near the marina surface feeding using a technique called lunging.

In Tadoussac Bay, between Pointe Rouge and the marina, a female minke whale and a calf are observed swimming side by side on May 17. The observation of a female-calf duo is rather unusual in the case of minke whales. As nursing lasts about 4 to 5 months, calves are often fully weaned by the time they arrive in their summer feeding grounds.

The day the mystery individual is photographed, it is observed feeding with two other fin whales south of the Mingan Archipelago. Two more fin whales are observed farther out, as are two separate blue whales. Near the coast, minke whales abound.

Despite the fog and rain, white spots more pronounced than the surrounding waves draw the attention of a local resident in Grandes-Bergeronnes on May 20. She grabs her binoculars and observes belugas split into two groups. In the swell, belugas work harder to expel water at the surface, making it look as if they are spitting a stream of water into the air.

The same day but in totally different weather conditions, northeast of Île Petite Boule off Sept-Îles, a paddleboarder notes the presence of a harbour porpoise lingering at the surface like a log. She moves away to let the harbour porpoise rest and gather strength.

On May 22 in L’Anse-au-Griffon, a local resident spots 4 or 5 large spouts offshore. Fin whales? He also notes small bodies moving at the surface. Dolphins? Porpoises? Belugas on the move? The distance prevents him from making a positive ID.

Off the coast of Gallix near the mouth of the Sainte-Marguerite River, two humpback whales are feeding. Clearly, we have a nice selection of cetacean species to mark World Biodiversity Day!

On May 23, at least two killer whales were sighted at approximately 8 nautical miles from Grande-Vallée, Gaspésie. At least an adult and a young were seen. Killer whales are rarely sighted in the St. Lawrence.