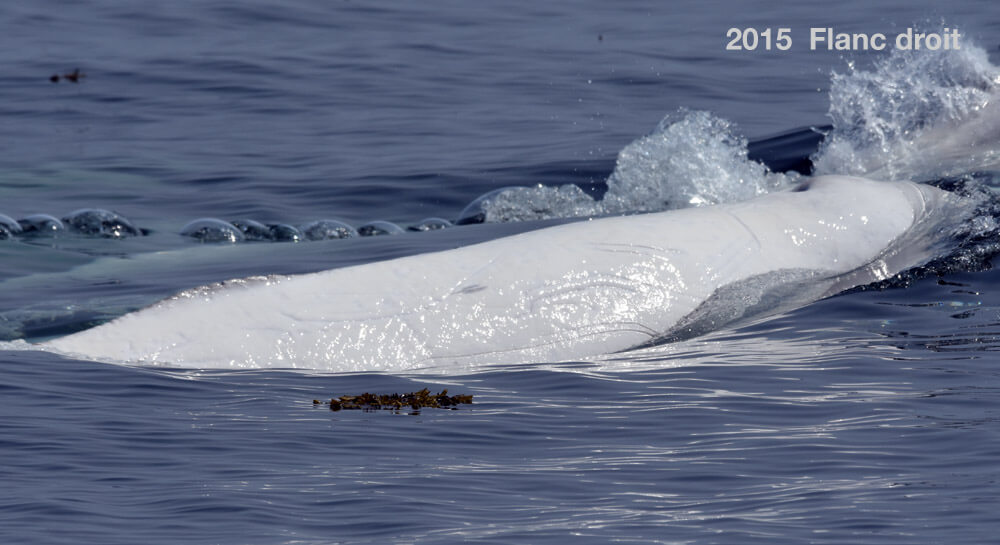 In the process of adoption students from Polyvalente Chanoine Armand Racicot 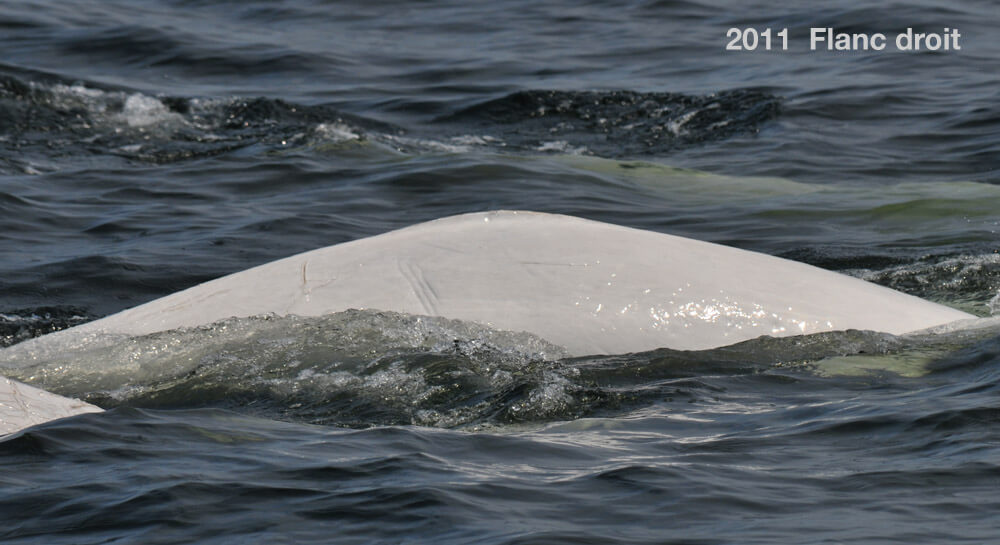 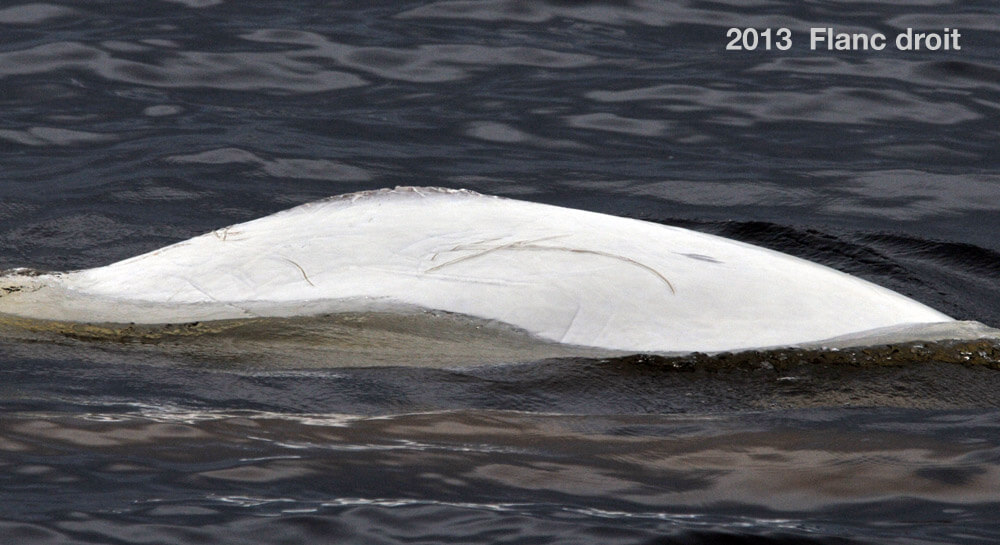 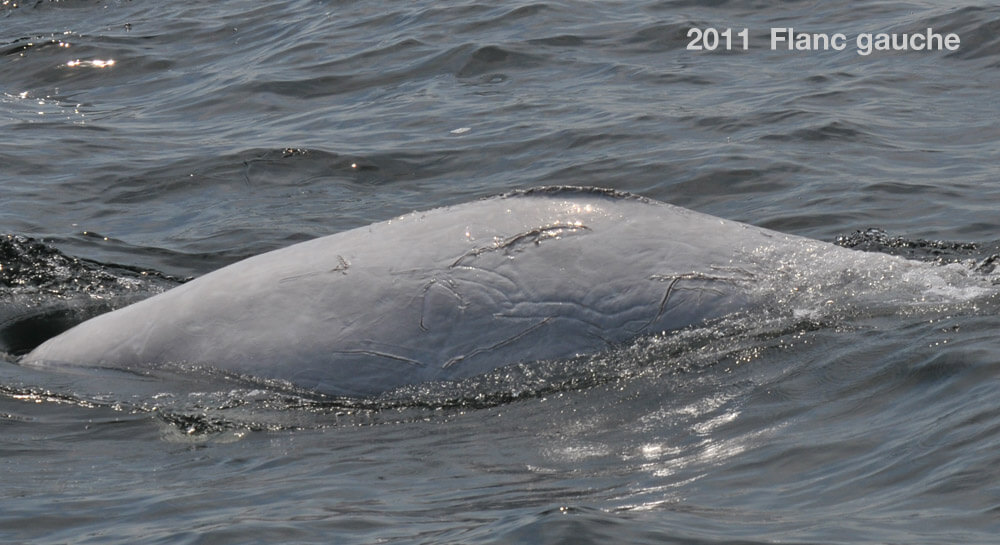 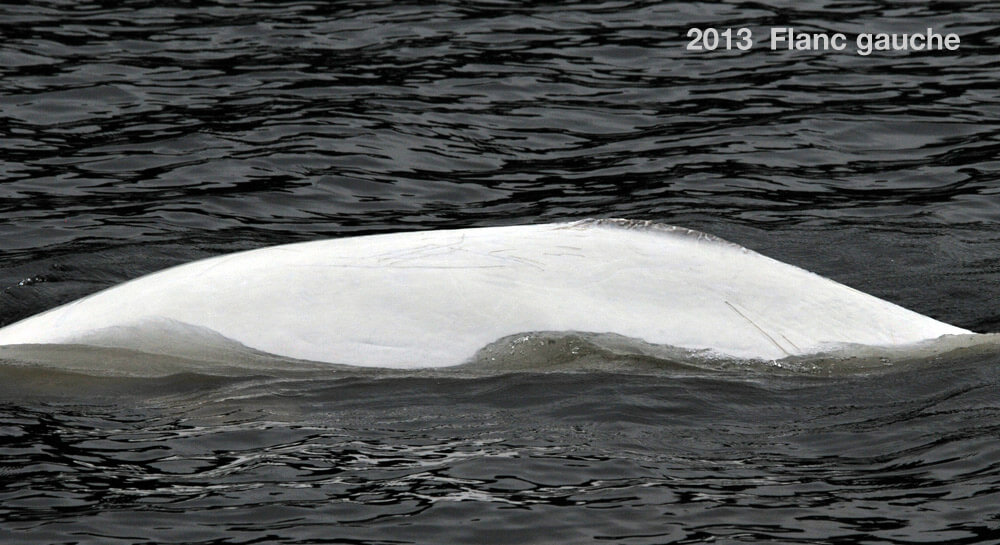 A recent addition to our family album, DL9039 has only been known by the GREMM since 2011. We subsequently spotted him in 2013 and 2015. The first time we observed him, we noted him as being a young gray. When he was encountered in 2013 and 2015, his skin was still gray, but quite pale. Belugas fade from gray to white in colour between the ages of 12 and 16. DL9039 would therefore have been born in the early 2000s.

At the present time, we are unable to identify which male network DL9039 belongs to or who his faithful companions are. Indeed, there exists a sort of sexual segregation in belugas. Bulls and cows live separately and frequent different sectors, particularly in summer. Three male networks are known, two of which ply the waters of the Saguenay Fjord and the head of the Laurentian Channel while the third one, nicknamed the “Downstream Boys”, uses the head of the Laurentian Channel as well as the downriver portion of the Estuary. Even if their territories overlap, individuals from one network seldom come into contact with males of other networks.

When they reach adulthood, males tend to form stable groups of companions. These associations, which are established gradually in adulthood, may play an important role in belugas’ reproductive lives.

How DL9039’s story unfolds will teach us volumes on the evolution of belugas’ social lives. For example, which sector will he favour as he grows older? Who will his lifelong companions be? By better understanding how belugas live, we will be able to better protect them.

Today is the first day of the team’s research season on board the Bleuvet! We are attempting to tag a beluga in order to record its communications and its behaviour. It is in this context that we cross paths with DL9039 in the company of around 30 other individuals, including Pascolio and Dimitri. One beluga even approaches to check out our research vessel, at which point we have the opportunity to tag it!

Our small tag is equipped with a transmitter that emits a series of beeps when it surfaces. With the help of an antenna and a receiver, we visually search for the beluga whose ascents to the surface are consistent with the sound signals being picked up by our receiver. All while keeping a good distance so as not to alter its behaviour.

After a few hours, a series of continuous beeps indicates that the tag has fallen off its back. We locate it by following its signal strength and recover it to extract the precious data it contains. The latter will be used for research by Fisheries and Oceans Canada’s Véronique Lesage and her team.

The GREMM’s research boat – the Bleuvet – is off the coast of Les Escoumins. We’re observing what we initially believe to be a herd of eight individuals, before we realize that there are actually 15 of them! Amongst them are a handful of adults and a few very pale gray animals, including DL9039.

The animals are moving in every direction to the point that they appear to be swimming in circles. A few individuals appear at the bow of the boat before diving and re-emerging at the stern; their dives are short. What are they doing? Their behaviour is difficult to make sense of. Nevertheless, their proximity to the boat allows us to take two biopsies! In these couple of milligrams of fat hides a secret to their DNA.