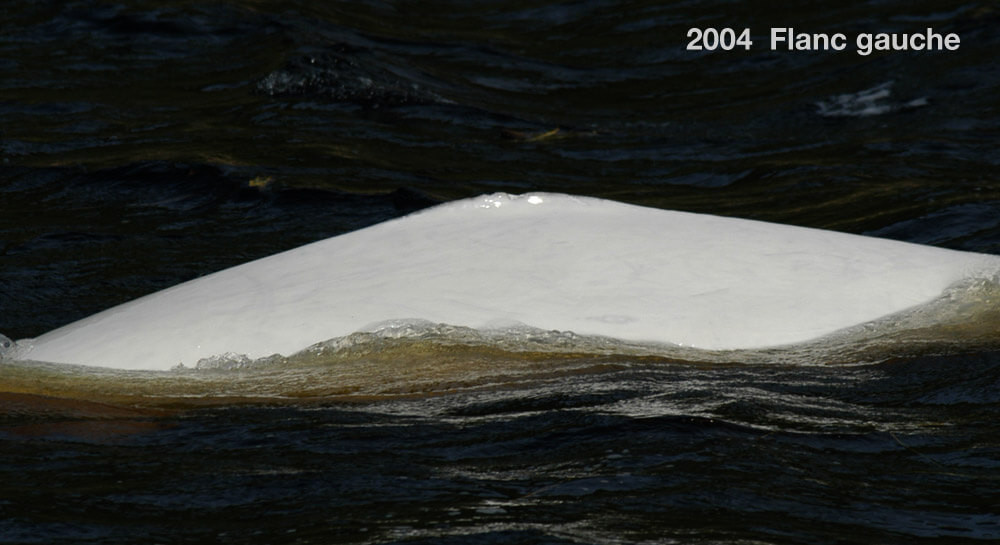 DL1670 bears a small spot on his left flank that is not always easy to see. The two side-by-side gashes in the middle of his dorsal crest are also a good way to identify him. 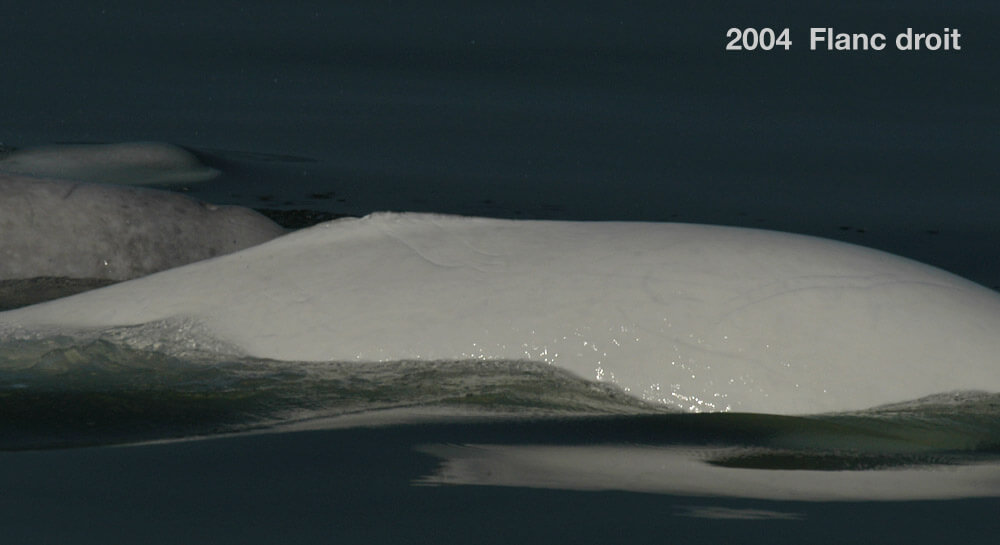 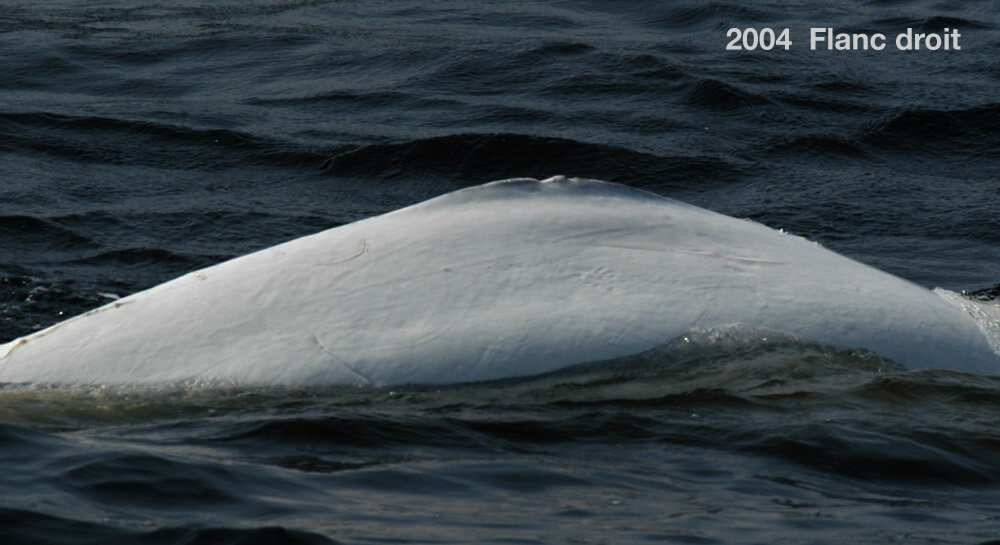 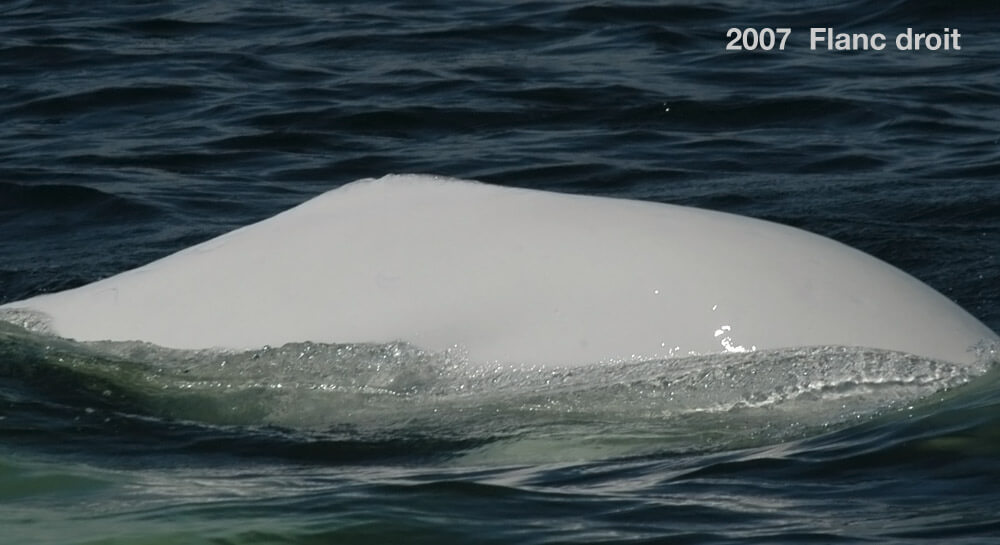 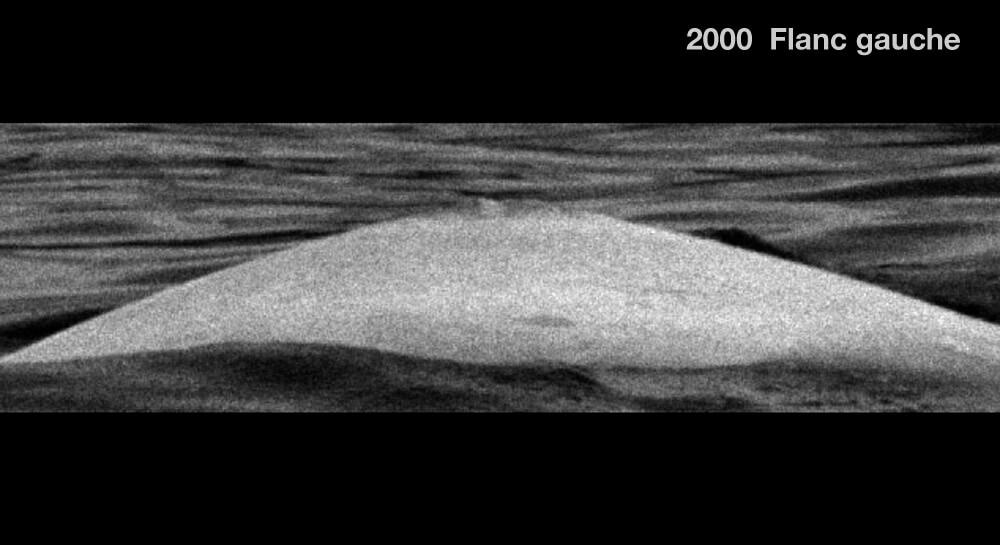 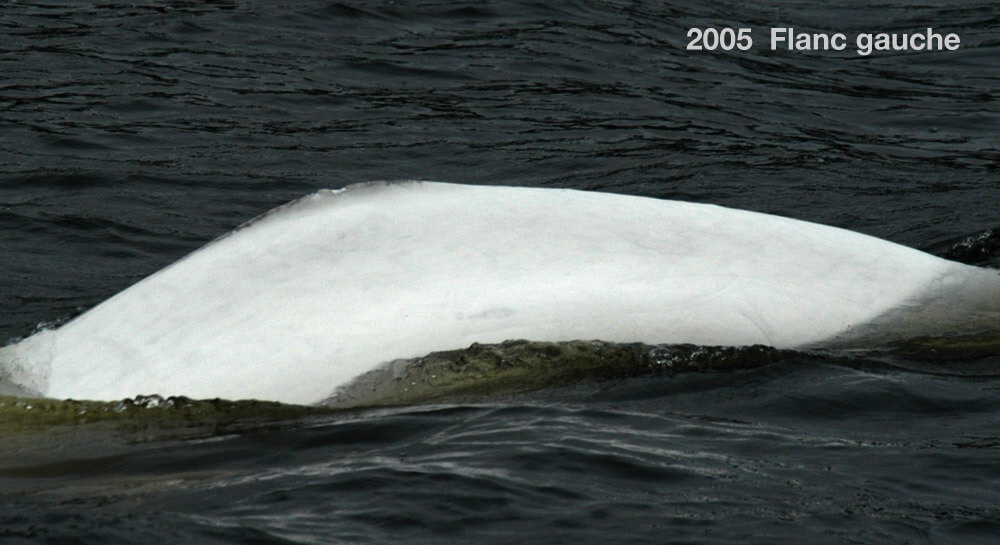 A beluga with two id numbers? Yes, we realized that DL1670 was also DL1415. By tradition, we merge the two identity cards under the first number, therefore DL1415.

Our first encounter with DL1415 goes back to 2000. He was slightly gray at the time but already of considerable size. He turned white a few years later (around 2004), suggesting that he was born around 1990. Belugas fade from gray to white in colour between the ages of 12 and 16.

From 2005 onward, his frequent associations in herds comprising exclusively adults lead us to believe that DL1415 is a male. Indeed, there exists a sort of sexual segregation in belugas. Particularly in summer, bulls and cows live separately and frequent different sectors. Although it is not rare to see males join up with herds of females and young, it is especially unusual to observe females in herds composed predominantly of males.

DL1415 is regularly observed near the mouth of the Saguenay. He might belong to one of the two male networks of the Saguenay. Members of these networks do not intermingle with other male networks, even if their territories do overlap. As the years pass, males have a tendency to form stable groups of companions. These associations may play a role in belugas’ reproductive lives. DL1415 is a young male, however, who is not yet known to have a devoted companion.

How DL1415’s story unfolds will teach us volumes on the evolution of belugas’ social lives. By better understanding how belugas live, we will better be able to protect them.

August 30, 2012: near Anse à la Boule in the Saguenay, we cross paths with a herd numbering some forty individuals. The herd is noted to be disparate, comprising adults, young and four calves. The majority of the animals are alone, except the females and calves, who are swimming in two isolated groups. The solitary animals are probably males, based on their size and behaviour; DL1670 is identified amongst them.