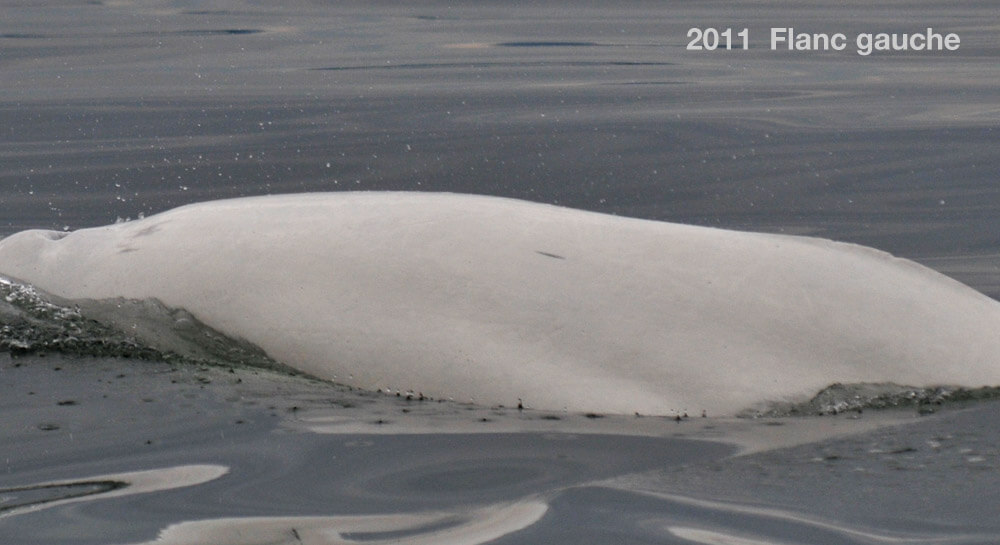 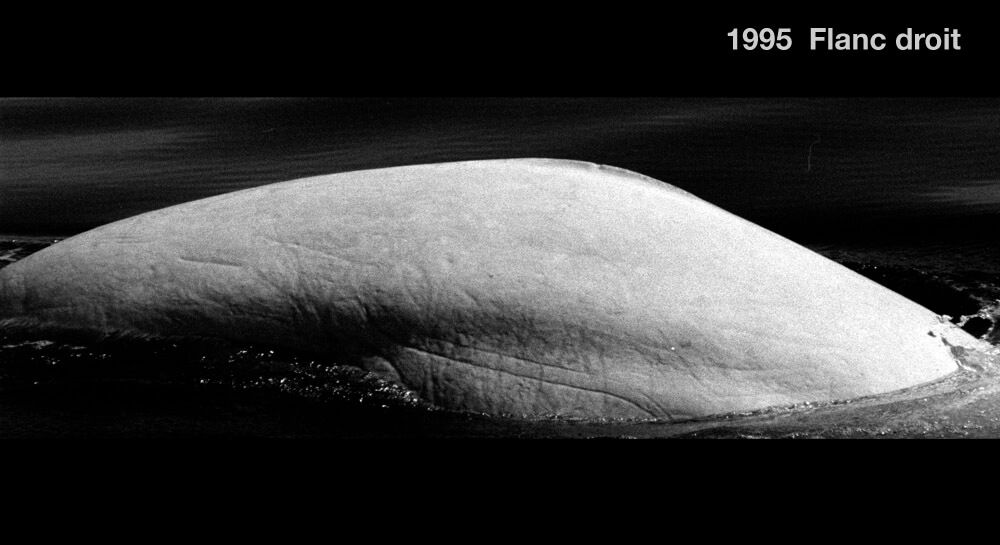 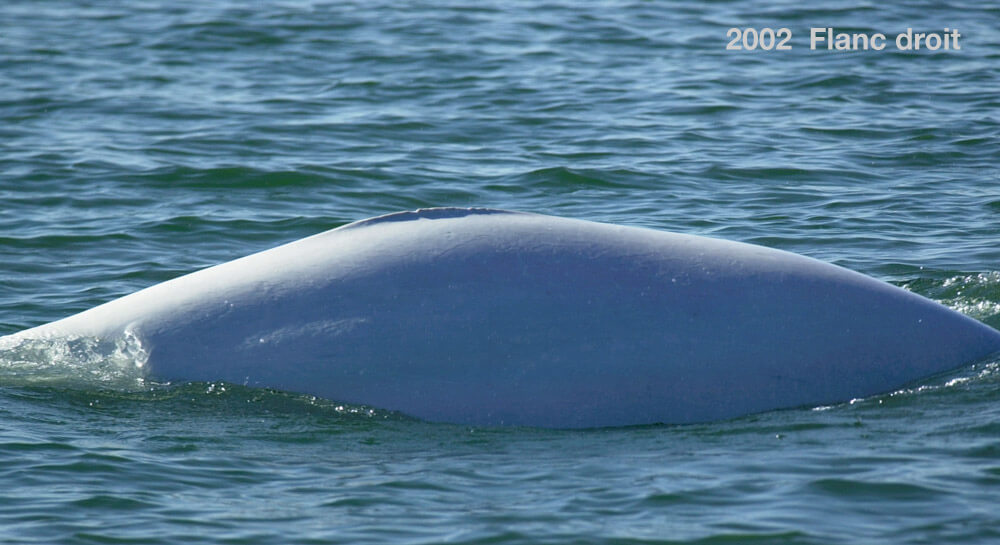 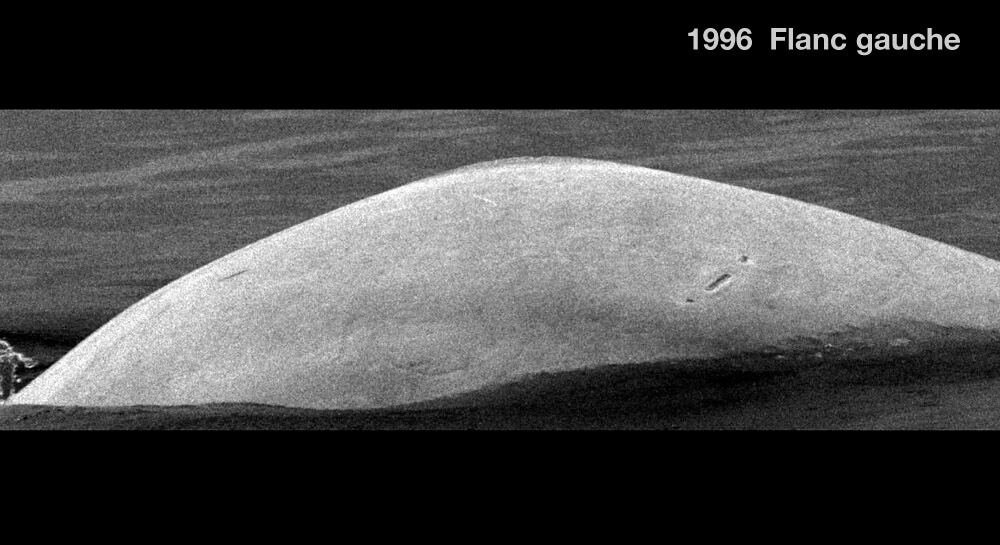 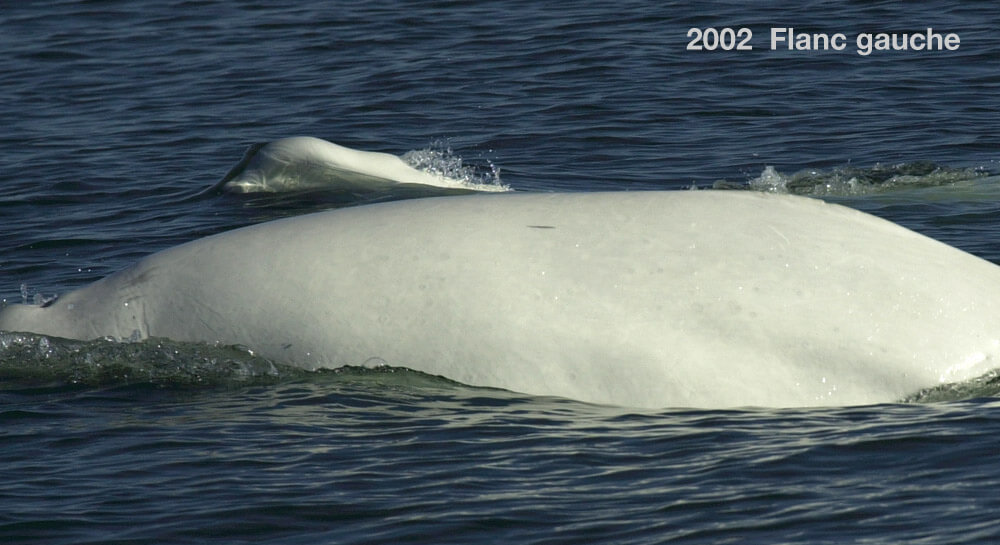 Our very first encounter with Bonheur dates back to 1994. At the time, it was a juvenile beluga whale. Over the years, its coloration has faded and since 2002, it has been almost perfectly white. In 2011, it was completely white. Bonheur would have been born in the early 1990s.

Bonheur is a female; her sex is confirmed by a biopsy, the genetic analysis of a tiny piece of skin taken from her back. For the moment, we can’t yet determine which community of Bonheur females belongs to. In summer, there is strong sexual segregation among adult beluga whales. Both males and females show marked preferences, both in their associations and in the areas they frequent. In juveniles and young adults such as Bonheur, this behaviour is not as marked.

Bonheur is a female. How do we know this? Through a biopsy. A tiny piece of fat and skin, containing the animal’s genetic secrets, is removed with a crossbow that shoots a dart with a stinger. GREMM has been conducting biopsies on belugas since 1994 to identify their sex and family ties.