My dream is to swim with dolphins or whales. What would be the impact of such an activity? 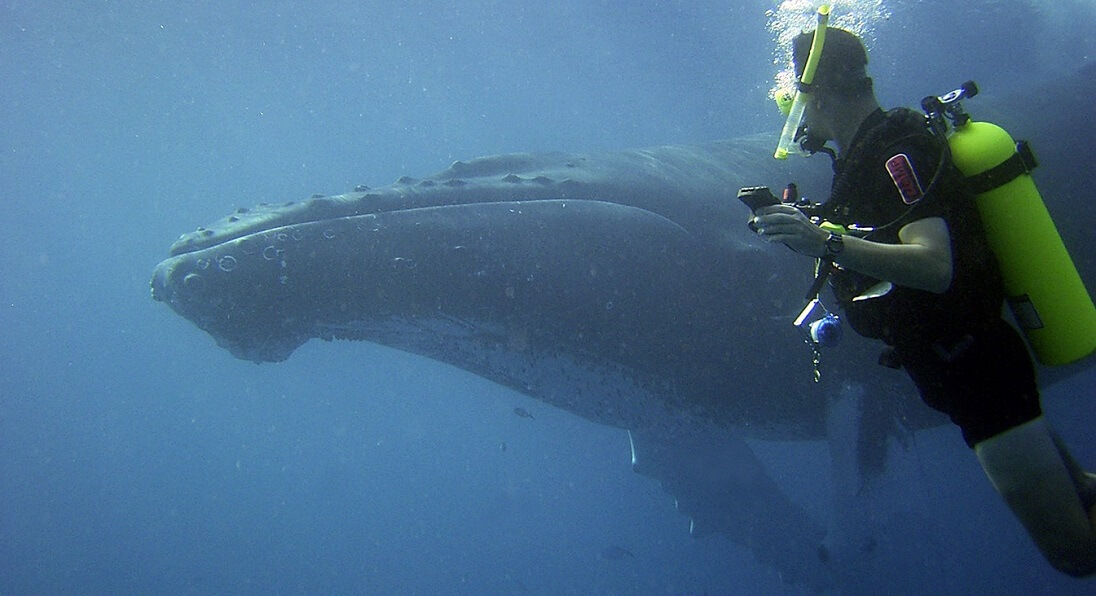 Whale encounter: magical, but not without its consequences. Here, a scientist during a chance encounter. © NOAA

In many places around the globe, ecotourism organizations offer the opportunity to swim with marine mammals. Whether we’re talking about dolphins in Cuba, manatees in Florida, minke whales in Australia or humpbacks in Polynesia, these excursions are a dream come true for marine wildlife enthusiasts.

In Canada, regulations are strict in this regard. Although whale-watching cruises are authorized – assuming compliance with prescribed speeds and safety distances – feeding, approaching and diving with marine mammals have been prohibited since 2018. These regulations are not valid worldwide, however, so perhaps you might be tempted to give it a go during your next trip abroad. But is it worth it? As you may have guessed, this activity – while fascinating for humans – represents a considerable disturbance for cetaceans.

To better understand this disturbance, scientists have carried out a large number of studies. Regardless of the species or the geographic area studied, the results are fairly unanimous: marine mammals alter their behaviour when approached by tourists. In the Azores, for example, where three species of dolphin (common bottlenose dolphin, short-beaked common dolphin and Atlantic spotted dolphin) are regularly targeted, researchers have shown that the animals’ response to approaching watercraft is primarily avoidance, as opposed to a neutral reaction or curiosity. 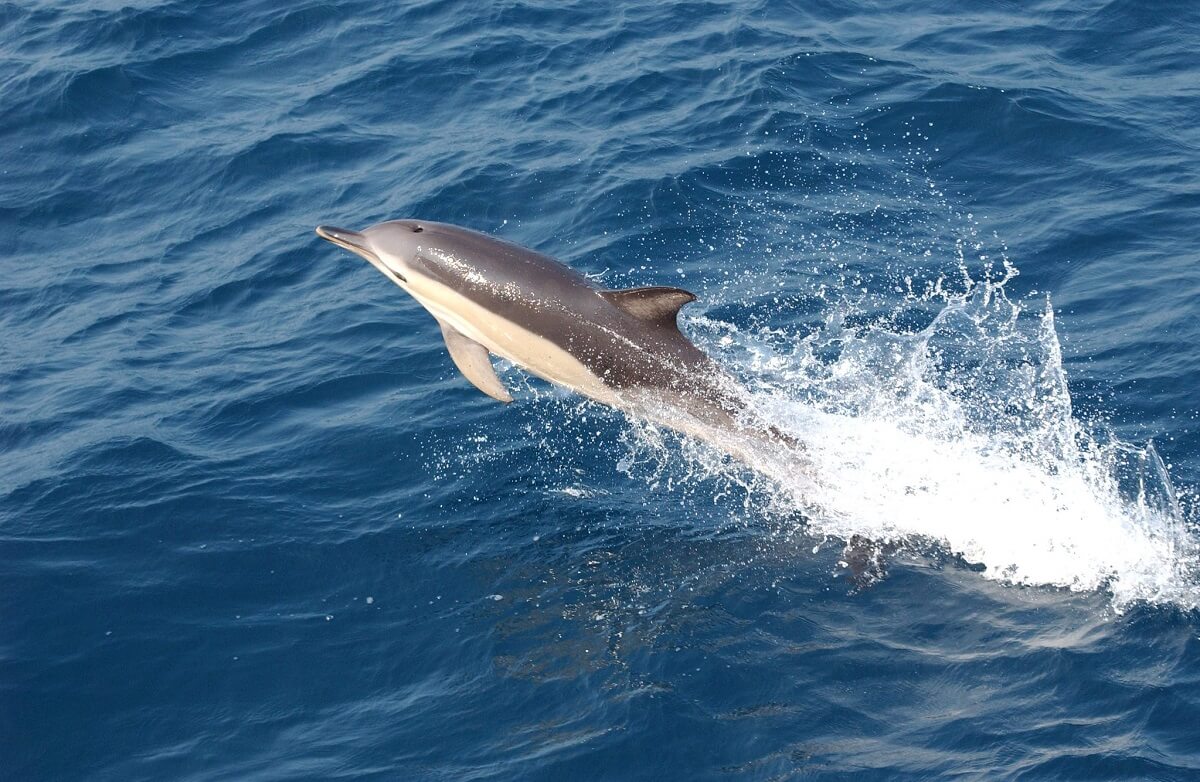 In the Azores, bottlenose dolphins tend to avoid tourists rather than approach them. © NOAA

A growing trend that is becoming increasingly more pronounced over the long term. For example, in Port Philip, Australia, where swim-with-dolphin tourism has existed for more than fifteen years, studies have shown heightened sensitivity to disturbances. Observation success and the average duration of encounters have both declined, while avoidance behaviours are on the upswing.

In Western Australia as well as in the Tonga Islands, humpback whales seek to avoid the boats that cross in front of them to offload swimmers into the water. The animals have been shown to dive more frequently but for shorter durations, alter their routes, abruptly change course, etc.

These behavioural changes are not trivial. Time spent avoiding tourists comes at the expense of other essential behaviours. For example, in response to attempts to swim with them, the southern right whales of Argentina’s Valdes Peninsula showed significant modifications in their daily behavioural budgets: they spent less time resting and socializing and more time travelling, which resulted in additional energy expenditures.

In the Pacific Islands, this behavioural change is particularly worrying. In the waters around the Vava’u Archipelago, Pacific humpback whales come to give birth and raise their young. This is a critical period during which the calf must stock up sufficient energy and develop the necessary skills to undertake its spring migration to colder waters. However, observations show that, under pressure from boats and swimmers, mother-calf pairs – which are particularly sought after by tourists – spend less time nursing and resting, but twice as much time travelling. The study also notes that, in response to these forced interactions and in the presence of calves, the behaviour of certain humpbacks can represent a hazard to swimmers. 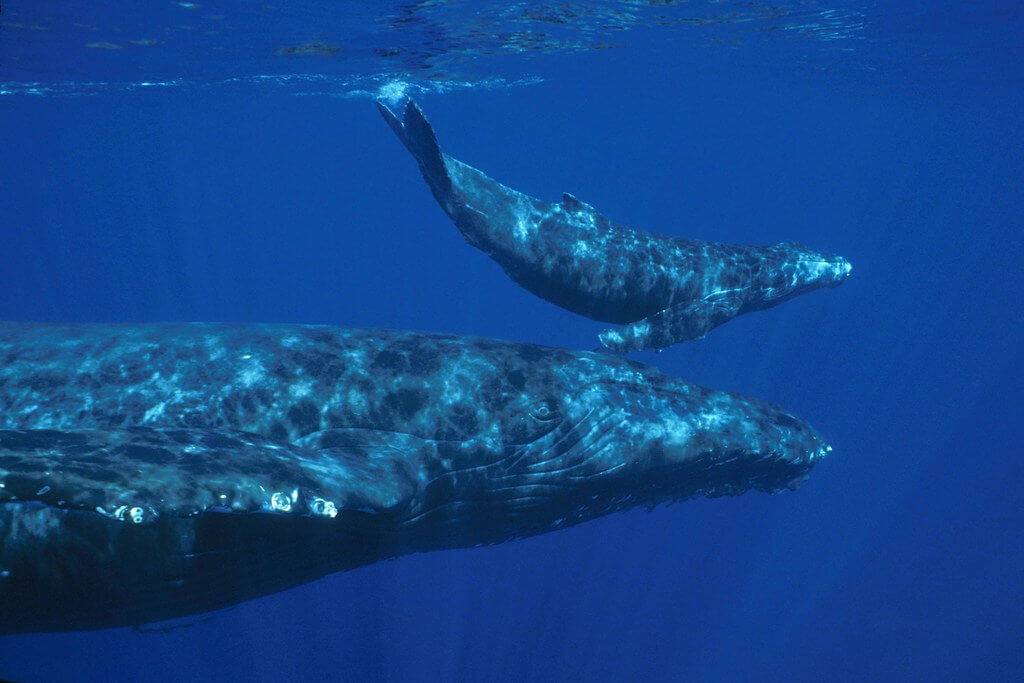 In the long term, cetaceans tend to abandon areas that are overly disturbed by humans. In fact, this is what happened in Shark Bay, Australia, where a tourism boom has contributed to the decline of the local bottlenose dolphin population. “Although this trend may not jeopardize the large, genetically diverse dolphin population of Shark Bay […] a similar decline would be devastating for small, closed, resident, or endangered cetacean populations,” the study points out.

Constantly disturbed, harassed by boats and unable to rest or feed peacefully, some cetaceans may be forced to avoid certain areas such as calm, shallow bays, which are otherwise ideal for resting or calving.

This is one of the arguments in favour of ecotourism activities such as swimming with cetaceans. Indeed, in many countries, wildlife-related tourism has offered a viable economic alternative to hunting and natural resource development.

In the Philippines, for example, the perception of sharks has changed since the advent of the “swim-with-the-whale-sharks” activity. “Prior to the introduction of tourist activities, most of the locals admitted to harming the sharks by hitting them with stones, harpoons, paddles, dynamite or riding them,” notes a study conducted by Canada’s University of Victoria. Nowadays, the local public shows greater concern for shark conservation and the marine ecosystem in general. 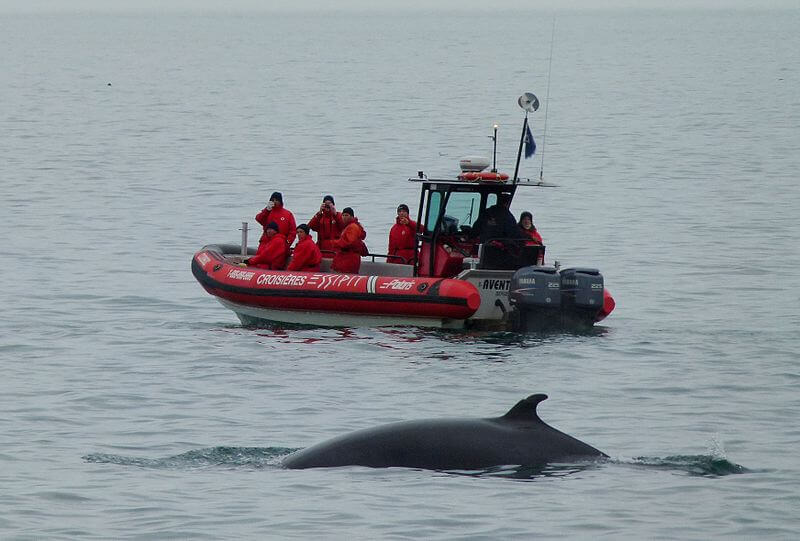 Watching whales from a distance helps promote ecotourism that is both respectful and sustainable. © Hans Bernhard

However, this impact needs to be interpreted with caution. Results show that such shifts in mentality are stronger in communities that host small-scale tourism, and less pronounced in areas prone to mass tourism. Mass tourism also encourages harassment behaviour and non-compliance with regulations (distance, approach, time spent, etc.) and increases the daily pressure placed on cetaceans. Do not forget that this magical moment that lasts 20 minutes for you is multiplied by the number of tourists present that day for the dolphin or whale.

It is best to keep your distance from cetaceans and enjoy observing them instead from on board a boat or from a dedicated land-based observation site. This way, you will be helping to protect them while respecting their pace of life.