Is sinking a ship to create a reef dangerous for whales? 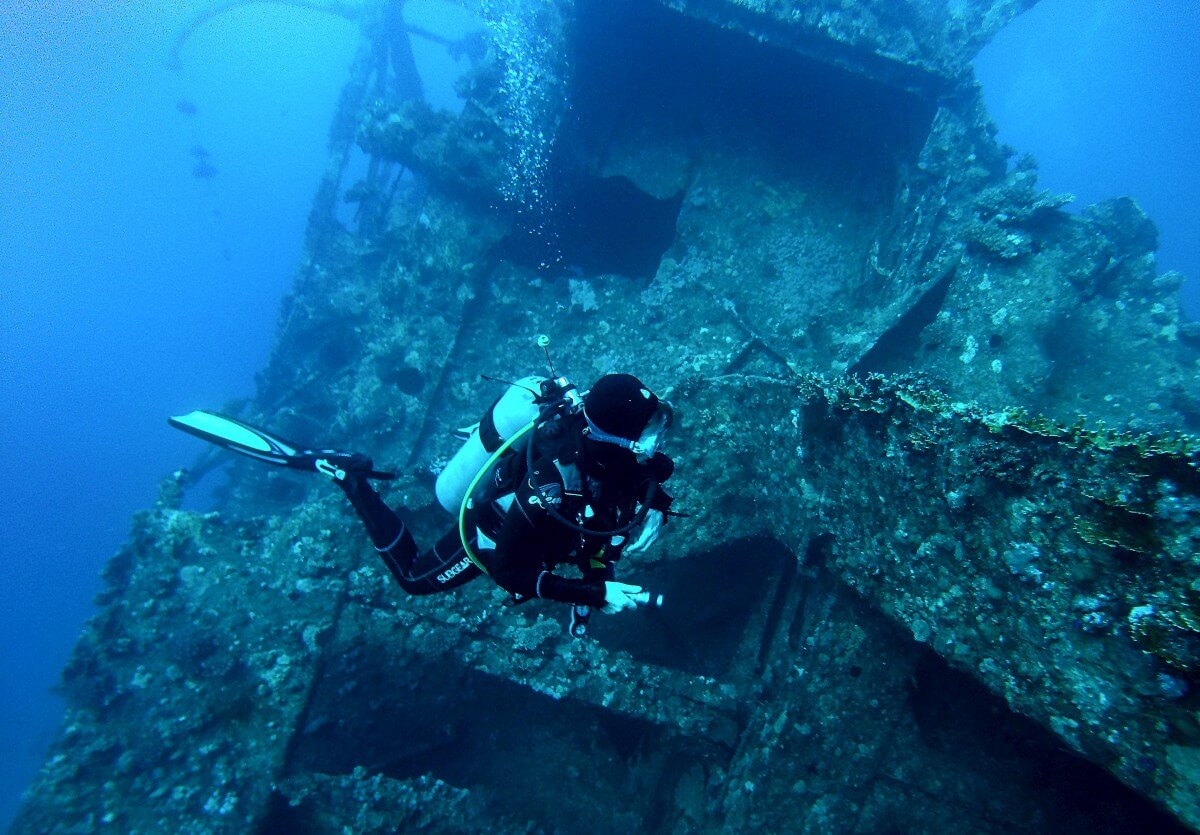 This question comes from residents of Godbout, a small village in Quebec’s Côte-Nord region. In this municipality, starting point of the ferry bound for Matane, in the Gaspé Peninsula, there is talk of intentionally sinking the Apollo, a ship at the end of its useful life, in order to create an artificial reef. What impact could this project have on whales visiting the North Shore?

The Apollo project was initiated in September 2019, following the reconversion and sale of the Apollo by the Société des Traversiers du Québec (STQ). This vessel, which was intended to temporarily replace the impaired F.-A.-Gauthier, suffered considerable damage itself before being decommissioned for good. Acquired by the Société Apollo de Godbout, a local non-profit, the ferry is due to be immersed in the summer of 2020 in order to become an attraction for scuba divers. After making headlines on the surface, will it create new problems for whales once it is resting on the seabed?

A study carried out on wrecks in the Mediterranean identified two types of impact around submerged ships: pollution of the seabed due to the decomposition of the watercraft, and an uptick in biodiversity thanks to the arrival of new surfaces to colonize.

In terms of pollution, the impact is particularly variable from one wreck to another, depending on the type of boat and the materials it contains, says the Italian study. The good news is that the Apollois scheduled to be decontaminated and properly prepared before it is sunk. “This type of ship contains asbestos, which must be removed before it can be submerged. There are all kinds of standards that have to be met. You have to know that the ship, obviously, contains oil and other hydrocarbons, which have to be removed before you can sink it,” explained STQ spokesperson Alexandre Lavoie on Radio Canada in September 2019. Laws exist in Canada to ensure that voluntarily created wrecks meet high standards and that a permit is obtained before they can be sunk.

As for biodiversity, whatever the type of wreck studied, the arrival of an artificial reef seems to always bring benefits, according to various studies conducted in Europe. The nooks and crannies of a sunken vessel provide ideal habitat for mollusks and small fish, which in turn attract larger fish, and so on and so forth. A number of studies have revealed a wide variety of species found on and around wrecks, as well as the importance of these biodiversity hotspots for all local marine fauna.

GREMM scientific director Robert Michaud considers that “if all necessary decontamination is performed beforehand and if it is completely free of hydrocarbons, the wreckage could in fact be beneficial for whales.”

Because richer ecosystems and more abundant marine fauna translate into a favourable environment for whales. On one hand, a teeming reef attracts prey of all sizes, which means more food for cetaceans. On the other hand, j, making the area attractive to marine mammals. In New York Bay, for example, the creation of oyster reefs through the Billion Oyster Project has helped bring whales back to the waters off Manhattan. Perhaps Godbout residents will see even more whales near the coast over the years as the Apollois colonized with life.