This year, the Eco-Whale Alliance is celebrating its 10th anniversary! Established by sea excursion companies, GREMM, Sépaq and Parks Canada, the Alliance is a voluntary initiative that aims to promote responsible and respectful whale-watching cruises in the Saguenay-St. Lawrence Marine Park. This initiative is particularly special to us, but it is not the only one of its kind: Around the world, the desire to combine whale watching and conservation has given rise to a multitude of environmentally-friendly tourism initiatives! Whales Online invites you to take a look at some of the initiatives underway to promote responsible whale watching.

What is the Eco-Whale Alliance?

The Eco-Whale Alliance was born out of a desire of local excursion companies to adopt more whale-friendly practices and to work together with research and conservation organizations to protect the marine environment and the mammals that live there. In this context, the Alliance has developed a number of tools, including a marine activity management plan, a guide to responsible practices for captains and naturalists, a catalogue of the large rorquals of the Marine Park and a training program for captains and naturalists. The organization’s Eco-Whale Fund (website in French) has raised over $221,000 since 2011, making it possible to support various research, training and education projects, including for example large rorqual monitoring and the summer publication of the magazine Portrait de baleines (in French only).

Founded in the early 1990s, PWWA was the first initiative of its kind. This umbrella organization comprises 29 tour companies from Washington State and British Columbia. Its members strive to offer responsible whale watching in the Salish Sea, which is home to a large diversity of marine mammals, including two populations of killer whales. One of these two populations, known as the “southern residents,” is currently very precarious.

The association promotes the conservation of cetaceans and the environment, generally through donations made to various research and awareness organizations. Additionally, cruises organized by PWWA members promote public education, offering informative trips on boats the organization calls “floating classrooms” and led by experienced naturalists. 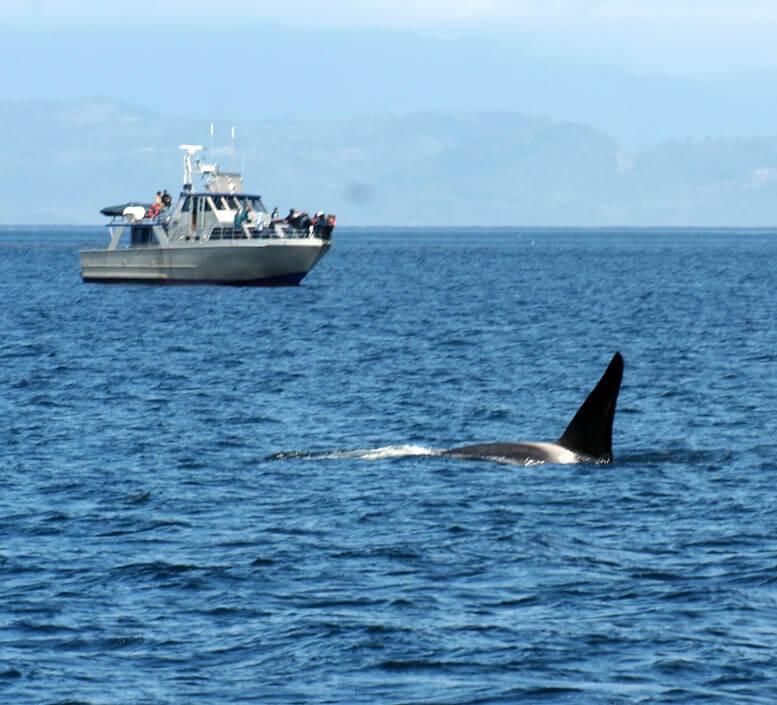 Be Whale Wise is a partnership between government agencies and various organizations dedicated to whale conservation and awareness. Services offered under this campaign include complimentary training for recreational boating in proximity to cetaceans, a platform for anonymous reporting of regulatory violations, as well as “Whale Warning Flags”. These flags are flown by PWWA members to alert other boats to the presence of a whale. Boater education programs called “Soundwatch” (U.S.) and “Straitwatch” (Canada) also continue this awareness-raising work in the field.

This is the only international organization dedicated to cetacean conversation. Established in 2012 at the first World Whale Conference, the WCA brings together businesses, organizations and individuals from around the world who are interested in helping protect the oceans. The Alliance endeavours to put an end to the holding of cetaceans in captivity and to ensure a healthy habitat for each and every whale. To achieve these objectives, the organization has established 12 key objectives, including the promotion of environmentally-friendly cruises and scientific collaboration.

For the WCA, coordinating conservation efforts on a global scale is paramount. After all, cetaceans can travel over 10,000 km, from the poles to the tropics. Effective protection of these animals therefore requires that regulations be established at the international level. In concrete terms, the alliance supports environmentally responsible tourism agencies and offers an online training program entitled “Becoming Whale Aware”, which recommends sustainable practices to adopt during trips out to sea. The alliance has also spearheaded the “Whale Heritage Sites” program, which is dedicated to the creation and certification of sites that lend themselves to responsible whale watching.

Industry still has work to do

The flurry of initiatives in favour of environmentally-friendly observation is encouraging, but still insufficient. Globally, there is still room for improvement in the whale-watching industry. A large number of high-traffic resorts continue to offer controversial activities. For example, in the U.S. and Mexico, some cruises give tourists the opportunity to touch whales, while certain parts of Polynesia and the Dominican Republic offer the chance to dive in proximity to mother humpback whales and their calves. These activities represent a significant disturbance for whales. 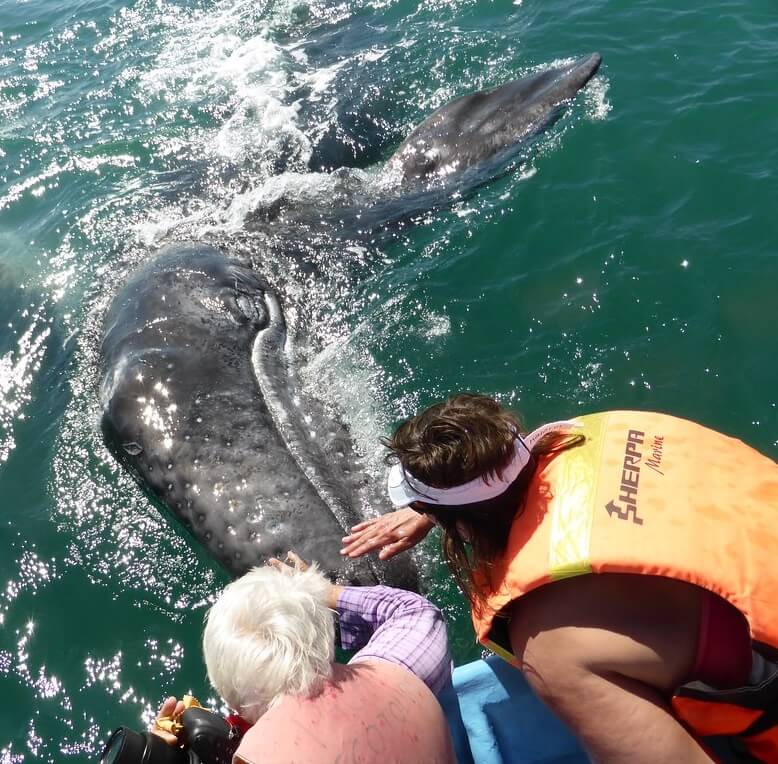 In some parts of the world, for example, local initiatives sometimes appear to be barking up the wrong tree, so to speak. Although twenty-four species of cetaceans can be observed in the Portuguese archipelago of the Azores, no regional regulations are in place to regulate whale-watching activities. Espaço Talassa, the regional whale-watching base, has long campaigned for the creation of a “Society for the Study and Protection of Marine Mammals of the Azores.”

The organization’s goal is to create a marine sanctuary in Azorean waters, which they believe is the best way to protect the whales in this incredibly diverse ecosystem. The company has thus established a code of ethics that cruises departing from the observation base are encouraged to follow. Despite the code’s relatively lenient constraints, e.g. a recommended minimum distance of 50 m from cetaceans, it encounters resistance from the majority of cruise operators as well as the government.

This overview of positive initiatives is far from exhaustive. In addition to limiting our research to languages ​​we could understand, we paid extra attention to Canadian and U.S. initiatives, as they pertain to us more directly. We recognize that efforts are being made around the world to protect whales. Every gesture counts and can make a difference. By educating yourself before going out on a cruise, you too can have a positive impact!