How Far Back Does the Presence of Belugas in the St. Lawrence Go?

Some of the first records of belugas in the St. Lawrence River can be found in Jacques Cartier’s travel logs in 1535. In his journal entries, the explorer describes a white whale that he refers to as a “white porpoise”. Belugas have been playing the waters of the St. Lawrence River for many years. The oldest description of their total range dates back to 1944, at which time it extended from the coasts of the Gulf of St. Lawrence and Chaleur Bay in the south and Natashquan in the north, to beyond Québec City. Researcher Pierre Béland writes in Les Belugas: Farewell to the whales that, in living memory, could be seen from Lac Saint-Pierre and all along the north shore as far as the Gulf of St. Lawrence. Little is known about the size of the population at the time, but it was much larger than it is today.

Much earlier still, the origin of the belugas of the St. Lawrence goes back to the end of the most recent glaciation, 10,000 years ago. When the Wisconsin glacier covering the American continent melted, a vast sea – the Champlain Sea –was created that stretched from the Atlantic coast westward to the Great Lakes and southward to the state of New York. At the time not only belugas, but also whales, walrus, narwhal and other marine mammals roamed in what was to become the St. Lawrence lowlands upstream of Québec City and the Ottawa Valley. Seven thousand years ago, when the Earth’s crust resumed its shape following the withdrawal of the glacier, dry land emerged, the St. Lawrence River was created and beluga whales took up residence. Today, fossils of these animals can be found buried under the sediment. In 2001, at Saint-Félix-de-Valois, a 12,700-year old fossil was found and recovered by the Université du Québec à Montréal. Moreover, in addition to beluga remains (approximately 80% of the specimens discovered), a porpoise, a humpback whale, a fin whale, a bowhead whale, as well as various species of seals and walruses were also discovered. Archaeological studies conducted on ancient Iroquois hunting grounds have demonstrated that the latter were hunting belugas at Île Verte between 1500 and 1000 years ago.

Today, the beluga population in the St. Lawrence is estimated to number around 900 individuals and, in summer, stretches from Île aux Coudres to Forestville in the St. Lawrence, and upstream to Baie Sainte-Marguerite in the Saguenay Fjord. Belugas live there year-round, though their winter distribution is poorly known.

A historical review on the Radio-Canada website (only in French)

Current range and that described by V. Vladykov in 1944 in the Recovery Strategy for the Beluga, St. Lawrence Estuary Population

A Beluga in the Ottawa Valley

Robert Michaud speaks of the origins of belugas in the St. Lawrence 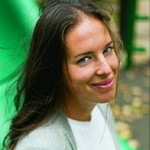