An eighth beluga carcass washed up on the banks of the St. Lawrence River on July 4. The individual has been identified as DL0584, a female that had been known to researchers since 1990. The necropsy performed by Stéphane Lair and his veterinarian team is conclusive: DL0584 died during calving. “It was a case of dystocia, which means she was not able to expel the newborn and died as a result,” explains Stéphane Lair.

DL0584 was born around 1985, a datum that can be corroborated by analyzing the growth rings in her teeth. Considering that females reach sexual maturity between the ages of 9 and 12, DL0584 had probably already given birth in the past. She was regularly seen in groups including newborns and was even seen once with a one- or two-year-old calf that appeared to be her own. However, it is difficult to establish with certainty the mother-calf relationship since female belugas occasionally provide care to calves that are not their own, a phenomenon known as allomaternal care. Perhaps genetic analyses will enable researchers to determine this affiliation.

On July 4, the drifting carcass was spotted off the coast of Sainte-Flavie. It washed ashore late in the day. Two volunteers from the Quebec Marine Mammal Emergency Response Network took measurements and documented the carcass, in addition to securing it to prevent it from being washed out with the tide. The 3.84-metre-long carcass was recovered on July 5 and sent to Université de Montréal’s Faculty of Veterinary Medicine in Saint-Hyacinthe. The necropsy was conducted on the morning of July 6.

DL0584 was part of the “Adopt a Beluga” program. Its collective adoption – launched in 2016 under the initiative of the naturalists of the Marine Mammal Interpretation Centre in Tadoussac – had just been completed. The adoption of DL0584 provides funding for scientific research on St. Lawrence belugas. 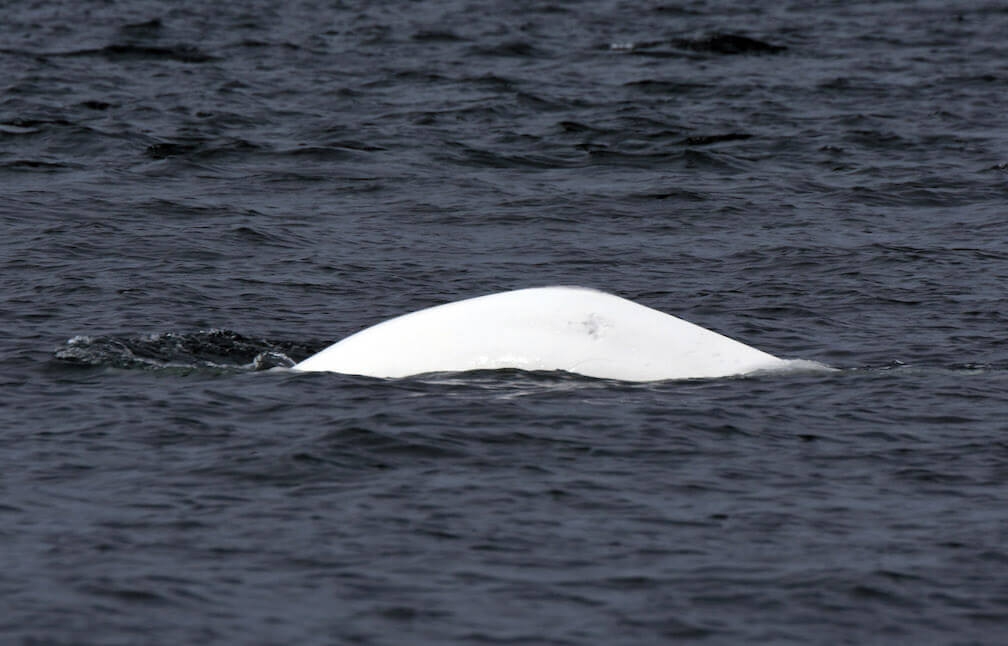 Recap of the most recent cases

Eight St. Lawrence beluga carcasses have been found so far this year. This number does not represent the actual number of deaths, but the number of carcasses discovered. Here is the chronology of these events:

May 13: young male discovered in Rimouski

May 31: adult female found in Saint-Denis-de-la-Bouteillerie

At first glance, this large number of strandings may seem worrisome for this endangered population. However, it is too early to know whether or not these figures are abnormal. “About fifteen carcasses are discovered annually. Before the season has come to an end, it’s difficult to draw any conclusions,” explains GREMM President and Scientific Director Robert Michaud. Monitoring the mortality of St. Lawrence belugas helps to better understand and in turn better protect this population.