Judging by the search engines, the question has created quite a buzz: are whales capable of emitting flatulence, gas… in short, farts? Given the level of enthusiasm for the subject, the Whales Online team was determined to answer its readers. Regretfully, we realized that whale flatulence is a neglected topic and has never been the subject of formal scientific research. Never mind, we investigated.

A by-product of digestion

“The medical definition of flatulence is the emission of a gas produced during digestion and expelled through the anus,” specifies Nicholas Caruso, Virginia Tech researcher and co-author (with Dani Rabaiotti) of the book Does it Fart? The Definitive Field Guide to Animal Flatulence. In order to be able to fart, our friend the whale must first be capable of producing gas during the course of its digestion. Is this the case? Most likely!

In mammals, intestinal gases (nitrogen, oxygen, methane, sulphur, etc.) are generally produced during the digestive process. In the course of their research, the two authors could only find one mammal that did not emit any flatulence: the sloth. “The longer the digestive system and the slower the digestion process are, the more time these gases have to form pockets, explains Mr. Caruso. In sloths, digestion is so slow that gas buildup could be fatal, so these animals have developed a mechanism to reabsorb these gases.”

Apart from this very unique case, all mammals would therefore be able to produce digestive gases, but their abilities vary according to their diet and their physiology. “Herbivores, which digest more slowly and have significant activity at the tail end of their digestive track, fart more frequently than carnivores,” suggests the researcher. Cows, which have multi-chambered stomachs and ruminate, are the undisputed champions for the quantity of gas emitted.

In light of this knowledge, what can we say about whales’ ability to produce digestive gases? Like their close cousins ​​the cows, whales have multi-chambered stomachs followed by a long digestive tract. According to the observations of Pierre-Henry Fontaine in the guide Whales and Seals: Biology and Ecology, the intestines of mysticetes measure approximately 5 to 6 times their body length, which means that the digestive tract of a blue whale can measure up to 150 metres! Although they are neither herbivores nor ruminants, baleen whales ingest large quantities of crustaceans whose shells (composed of chitin) could be an important source of digestive gas. These elements suggest that whales are capable of producing gas. 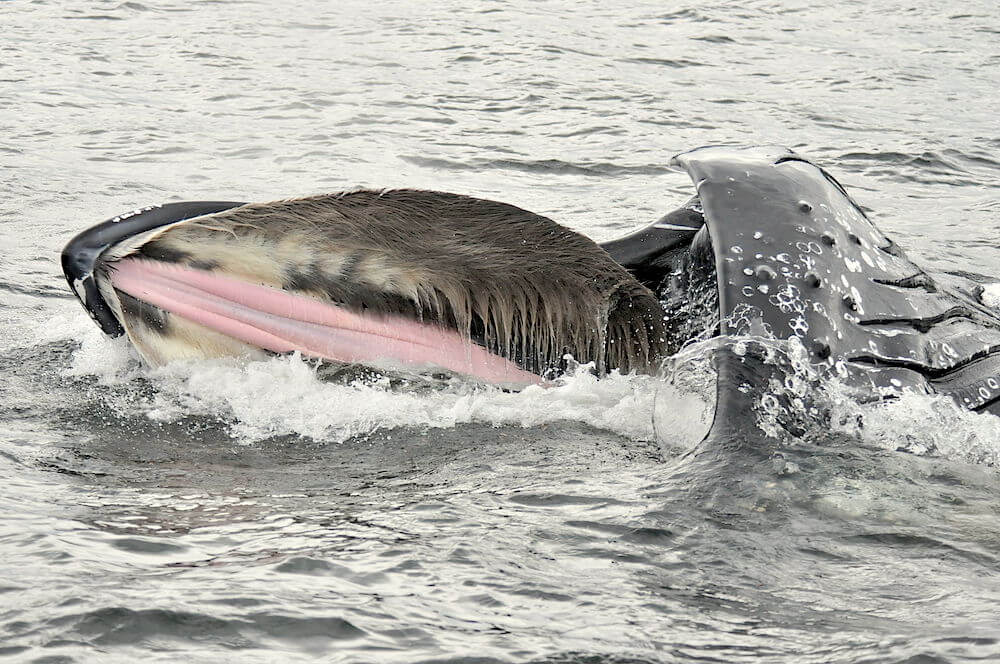 The diet and digestion of each whale play a role in its ability to produce farts. © GREMM

Two doubts remain, however, before we can make a definitive conclusion. The first is the speed of digestion, for which there are few data for whales and which can vary from one species to another. A fast and efficient metabolism would not be very conducive to the formation of farts.

Secondly, the whale’s sphincter is relatively loose (needless to say, cetaceans don’t need to hold the urge for very long before they can find a place to go!), so gases may not have time to build up if they are eliminated as fast as they are produced. A number of observers thus mention seeing large bubbles when a whale defecates. Researchers working in Antarctica in 2003 even managed to photograph this phenomenon.

And in the field?

Even if whales are apparently capable of farting, few observers have ever actually witnessed such an event. In our quest for flatulence anecdotes, we interviewed GREMM researchers and research assistants. Zilch! Despite having spent thousands of hours on the water in the company of cetaceans, none of them has ever been able to formally identify a whale or beluga fart. We would ultimately have to launch an international appeal to obtain some first-hand testimony.

Amy Tudor, who works on whale tours offered by Mariner Cruises in the Bay of Fundy, shared the best and most intriguing anecdote:

“I’ve been watching whales since 2015, and only twice have I seen the phenomenon: the first with the humpback Bayou, and the second time with Sockeye. Surprisingly, both these individuals are “people watchers”, often lingering and showing off in proximity to the boat.”

“These two videos of Bayou are from 2017. I remember seeing big bubbles coming up to the surface. They were more oval-shaped than round, and about the size of a watermelon. Then there was a huge cloud of bubbles. We were still wondering where the bubbles were coming from… until we got a visual! When Bayou rolled onto its side near the surface, we could see that the source was not the mouth or the snout, but rather from under the tail. Then came the smell… ”

And in case you were wondering: whale gas apparently does not smell particularly good. This is likely due to their fish- and shellfish-based diet, as well as the large amount of gases emitted. “The smell resembles neither bad breath nor a land mammal’s fart,” says Amy Tudor. It was more like a combination of herring breath and the funk of rotten salad. It’s quite bizarre and difficult to describe. In the video, you can see the reaction of the passengers when they get a whiff of the stench!”

During the research for his book, Mr. Caruso asked many caretakers and vets to identify the species with the smelliest gas. “One of the most frequent answers was seals and sea lions! It should also be noted that these animals also have some of the noisiest farts, as any biologist who has ever camped near pinniped colonies to study them can attest.” For the author, it is quite logical that any animal that feeds on fish and other seafood would emit sulphur-rich and therefore particularly foul-smelling gases.

In manatees, farting is downright a way of life. “These animals adjust the volume of gases in their digestive tract to modify their buoyancy,” explains Nick Caruso. Clearly, when they want to stay on the surface, they let gas accumulate, and when they need to dive, they release gas by farting. Convenient! 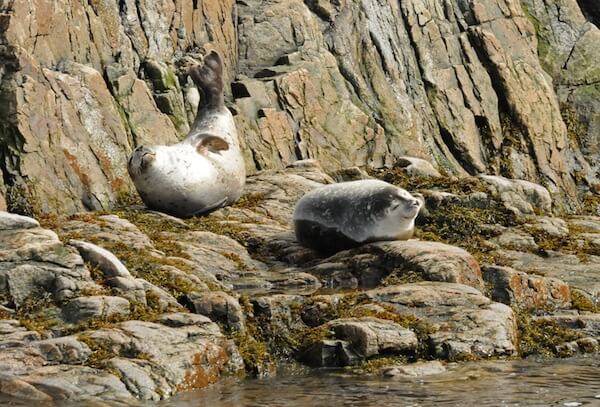 And the award for the foulest-smelling fart goes to... © Renaud Pintiaux