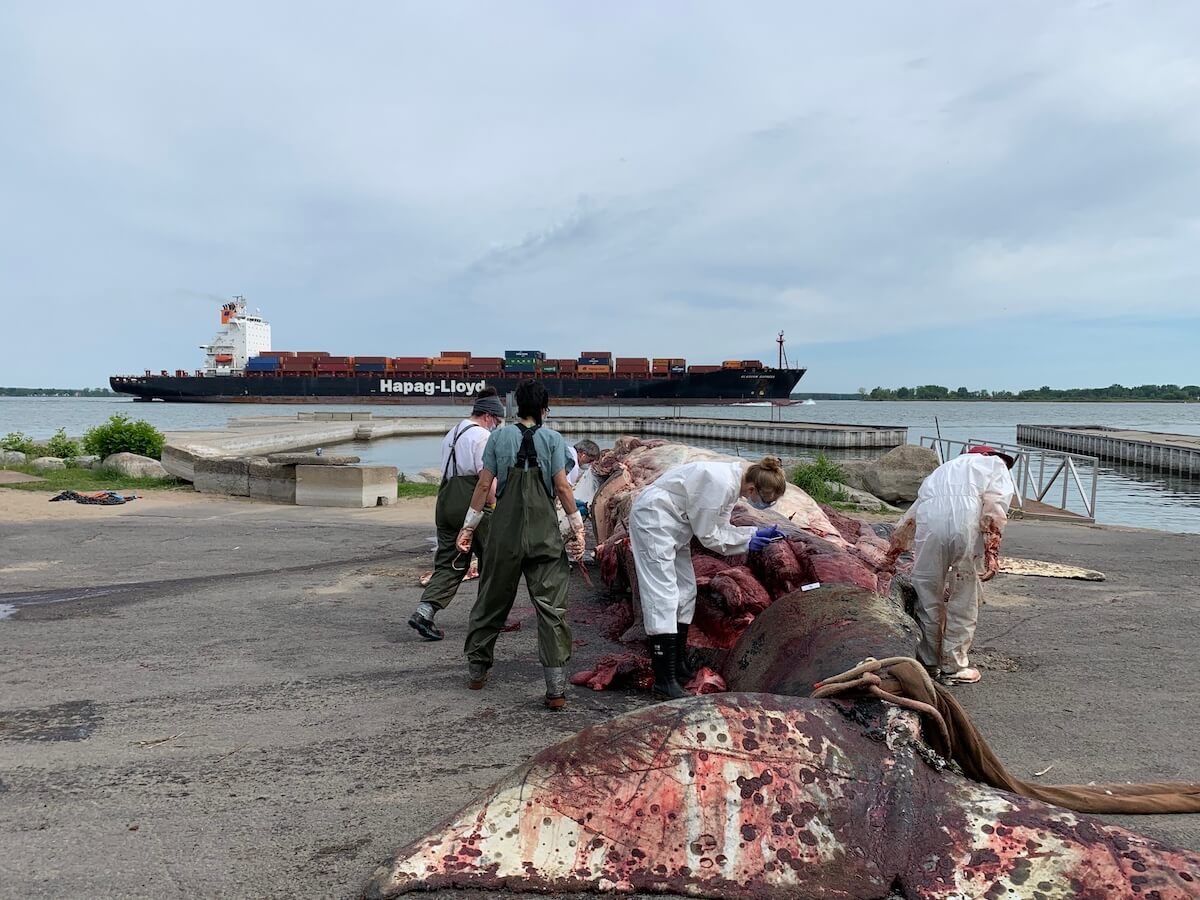 On June 10, the team from Université de Montréal’s Faculty of Veterinary Medicine performed a necropsy on the whale, meaning it analyzed the animal’s carcass. Preliminary diagnosis by Stéphane Lair, the lead veterinarian responsible for the necropsy, suggests a collision with a ship. Even if there were no apparent injuries that could have directly triggered the mortality, injuries consistent with a collision such as hematomas and hemorrhages were found.

Forthcoming tissue analysis may allow us to validate the collision hypothesis, in addition to providing further information about the animal’s health. It may be several weeks or even months before the results of the analyses are available.

The necropsy also confirmed that the humpback observed in recent days between Québec City and Montréal was a female. She measured 10.2 metres long and weighed 17.2 tonnes.

For the time being, assessments made prior to the animal’s death during behaviour and body monitoring as well as the necropsy seem to rule out any chronic disease as a cause of death. Before it perished, the whale was not thin and was in good physical condition overall. The exact time of the whale’s death is not known, but occurred sometime between June 7 and the morning of June 9.

“Based on in-the-field and post-mortem observations, it seems most likely that its presence in the river was not associated with any disease. We tend to think we were dealing with the exploratory behaviour of a young animal,” explains Stéphane Lair in a press briefing.

The advanced state of putrefaction of the carcass did not allow for proper analysis of the organs. Due to its thick layer of blubber, a whale carcass decomposes quickly. 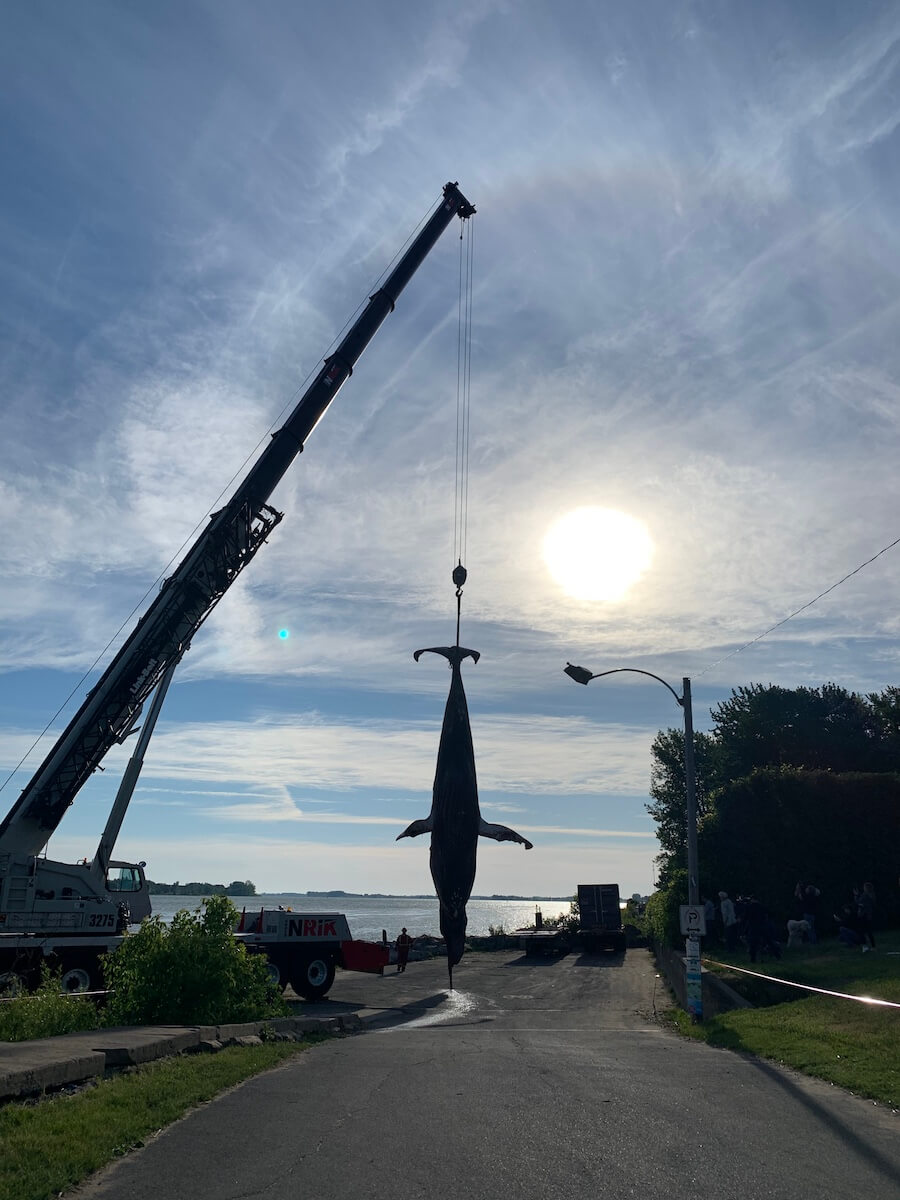 No fish in sight

The stomach has been examined and is empty, indicating that the animal had not eaten in the last two days. However, since humpbacks have a rapid digestion cycle, it cannot be concluded that the animal was unable to feed over the course of the past week. This question had been asked frequently and has also intrigued scientists: was the humpback whale able to adequately feed on the fish that were available to it? The answer to this question will remain unanswered.

The seven-person team began work at 6 a.m. and finished shortly before 1 p.m. This is quite an accomplishment to have pulled off a necropsy of this scale with a “skeleton crew”! Sureté du Québec has ensured that a safety perimeter is established around the workers. Curious bystanders were able to approach and observe the work in turns while maintaining a distance of two metres between individuals.

What is a necropsy?

A necropsy is a comprehensive physical examination of a dead animal. The animal can be studied both externally and internally. To learn more, we recommend this detailed article describing a St. Lawrence beluga necropsy.

Do you have other questions about marine mammal response operations, humpback whales or necropsies? Robert Michaud, coordinator of the Quebec Marine Mammal Emergency Response Network, will field questions from the public on June 11 at 4 p.m. The activity will be streamed live on UQAM’s “Cœur des sciences” YouTube channel.