Could one be eaten by a whale? 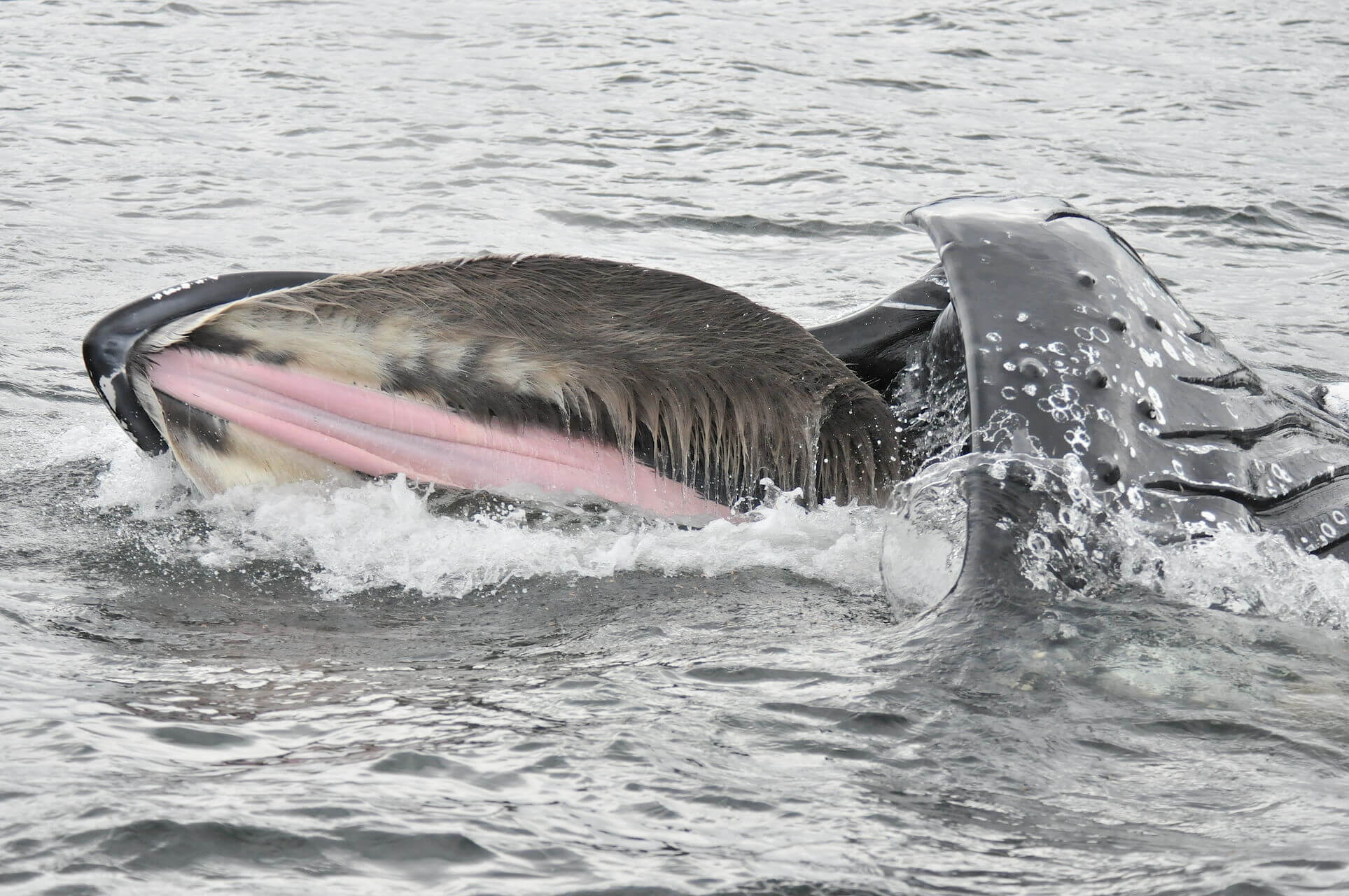 In the animated film Pinocchio, the famous puppet is swallowed by a whale, then lives in its belly for a while before finally escaping. But in reality, could one actually be swallowed by a cetacean? The chances, or should we say the risks of this happening are extremely low!

Baleen whales feed on small prey such as plankton (krill and copepods) or small fish, and the size of their esophagus has evolved accordingly.

For example, if we found ourselves in the middle of a school of krill, yes, we could fit in the mouth of a blue whale – and risk drowning there – but we wouldn’t go any farther than that! That’s because although it can consume 1 to 4 tonnes of tiny crustaceans a day, the esophagus of a blue whale measures just 15 to 25 cm. Therefore, it is unable to swallow anything bigger than a beach ball!

Also, if one were to obstruct the entrance to the esophagus, the whale would not choke! Unlike in humans, its esophagus and trachea are not connected!

... Or crushed under the teeth

Other whales use their teeth to catch their prey; however, they do not chew them, but rather swallow them whole. Often these whales are not very large, nor is their esophagus. Of course, one might wonder about killer whales and sperm whales.

The sperm whale – the largest of all toothed whales – is capable of eating giant squid and could therefore swallow a human, at least in theory. Killer whales are able to hunt and eat larger animals, but humans are not on their menu. Also, once again, they could not swallow us by mistake, but they could tear us to shreds. It should be noted that, to date, no attack by a sperm whale or a killer whale has ever been recorded for the purpose of consuming human flesh. 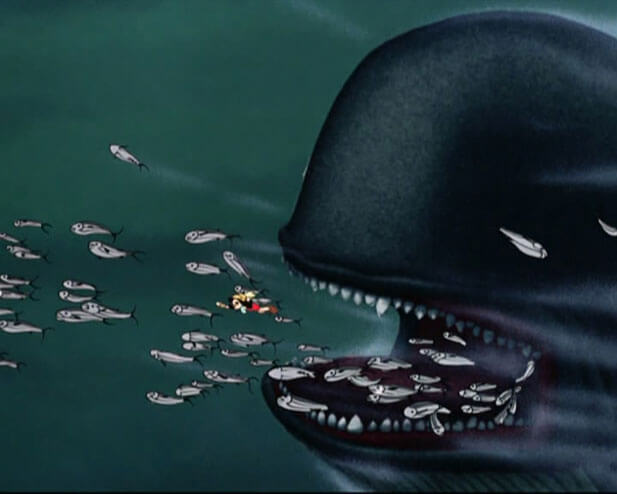 Pinocchio is all in all a fiction and could not have been living in the whale's stomach. © Walt Disney

But let’s dig a little deeper. For starters, we are unlikely to end up in a whale stomach in one piece, but on top of that, we would not survive very long. First of all, there is no air or oxygen in their stomachs, so we wouldn’t be able to breathe. Additionally, whales are carnivores, so we would be digested by the enzymes in their stomachs.

Nevertheless, there is very little risk of a human being eaten by a cetacean. For one thing, because we are not part of their diet, and for another, because we would have a hard time physically passing through the esophagus. That said, that’s still no reason to get too close to these awesome creatures! They remain wild animals whose movements cannot be predicted and, due to their size, the consequences could be disastrous, even if they are provoked unintentionally.