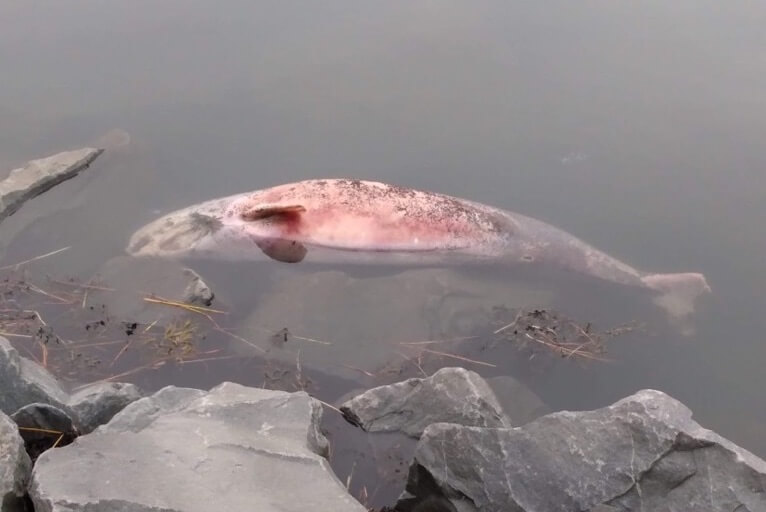 A beluga carcass was found in Cacouna. © Claude Marquis

A beluga carcass washed up in Cacouna on October 18, 2020. This young male is the fifteenth beluga to be found dead on the shores of the St. Lawrence this year. Due to the state of advanced decomposition, it will not be possible to determine the cause of the animal’s death.

The first report of this carcass dates back to October 16, when it was spotted drifting off Cacouna. It eventually washed ashore, before being swept away by the tide soon after. On October 18 it made landfall again, and a volunteer from the Quebec Marine Mammal Emergency Response Network secured it so that samples could be taken. This way, it will be possible to study its DNA, contamination levels, etc.

Since the start of the year, 15 beluga carcasses have been found up and down the St. Lawrence. This number is within the range of averages, but does nothing to slow or reverse the decline in the population, which is estimated at 1 to 1.5% per year.