Beluga Belatedly Heads Back to Rejoin its Pod! 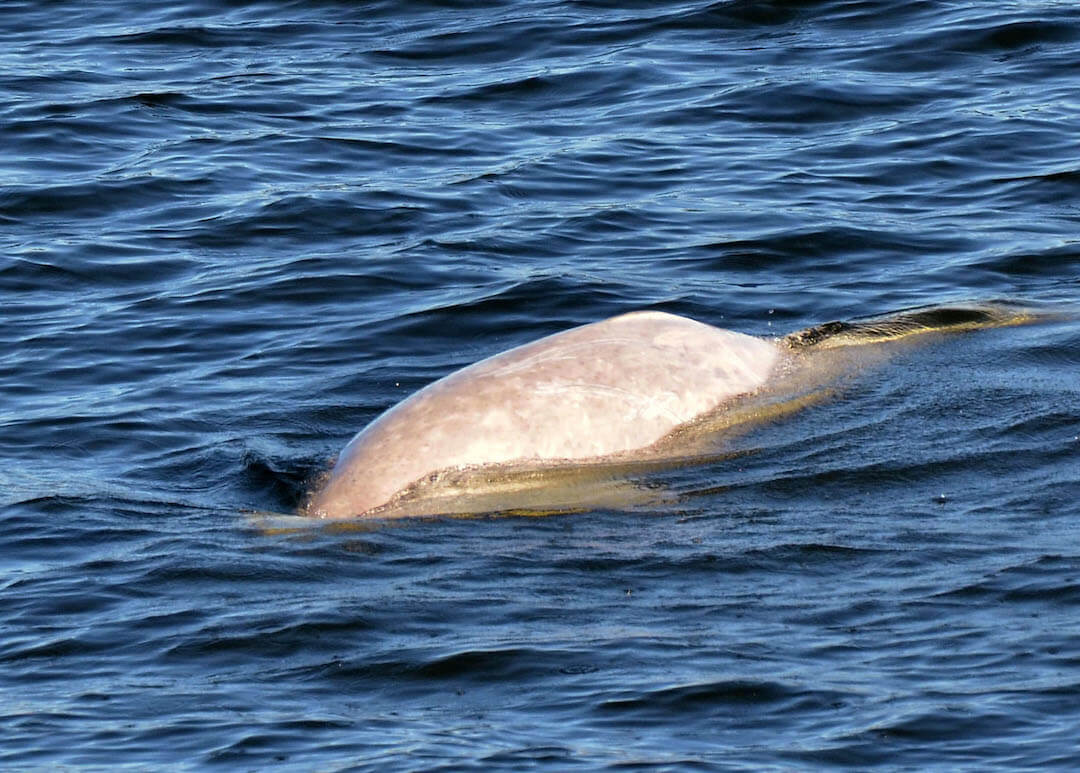 Since April 23, a beluga that could be described as a “vagrant” has been observed around the Gaspé Peninsula. The beluga is still within its annual range. Nevertheless, its presence this time of year in Gaspé Bay and then in the Lower Estuary of the St. Lawrence suggests that it did not follow its peers to the Upper Estuary when migration first began.

The beluga was first sighted on April 23 off L’Anse-à-Brillant and then on May 2 from the docks in Sandy Beach, where it remained for a few days. It then continued its journey toward the Estuary with a stop near the docks in Cloridorme. It was later seen in Saint-Maxime-du-Mont-Louis and Marsoui. On May 23, a beluga was seen off the wharf in Les Méchins. Photos suggest that it is the same individual.

If it is, that would mean it is nearly halfway back to its summer range, where most belugas should be right now.

Volunteers from the Quebec Marine Mammal Emergency Response Network (QMMERN) are carefully documenting the beluga’s progress and working to raise public awareness about the animal’s presence.

Belugas are social animals and when they become separated from the rest of their group, they are sometimes inclined to seek the company of boats or even humans. They will tend to frequent harbours or fishing piers, as is the case with this individual. These interactions might be a way of compensating for the social ties the animal likely has with other belugas. However, if it loses the sense of danger around ships, it could be the victim of an injury caused by a collision or a run-in with an engine propeller. Additionally, if they get into routines, these vagrants may develop an attachment to the area and not continue their journey.

For this reason, the Quebec Marine Mammal Emergency Response Network reminds our readers of the best practices to adopt with belugas that stray outside their usual range.

+ Do not attempt to attract the beluga’s attention by throwing a “toy” (oar, rope, buoy, bucket, etc.) near the animal.

+ If the beluga is in close proximity, do not try to touch or catch it.

+ Do not attempt to feed the beluga. + Its survival depends on its ability to capture fresh, live food.

+ When navigating through an area frequented by a stray beluga, slow down and avoid making any sudden changes in speed or direction. If the beluga approaches your boat, maintain your course at low speed until you have reached a distance of over 100 m.

Since July 2018, a new regulation has been put into place that requires watercraft to stay at least 100 m away from marine mammals in the gulf region and 400m, for the species at risk, in the estuary.

Every year, the Quebec Marine Mammal Emergency Response Network (QMMERN) receives reports for belugas observed alone or in small groups outside of their usual areas. The example of the beluga currently being observed in Les Méchins is not unlike the case of two young animals that had followed a similar course in 2011. First observed in Gaspé Bay in July, they were sighted again two months later near Tadoussac, which is within their usual range. Our experience with such belugas suggests that they have a better chance of finding their peers if they do not develop an interest or habits related to humans and boats. This is why it is important not to approach these stragglers and to avoid seeking or encouraging any kind of interaction with them.

Another case of vagrant beluga whale: The nepisiguit beluga is alive and well (Whales online, 2018)