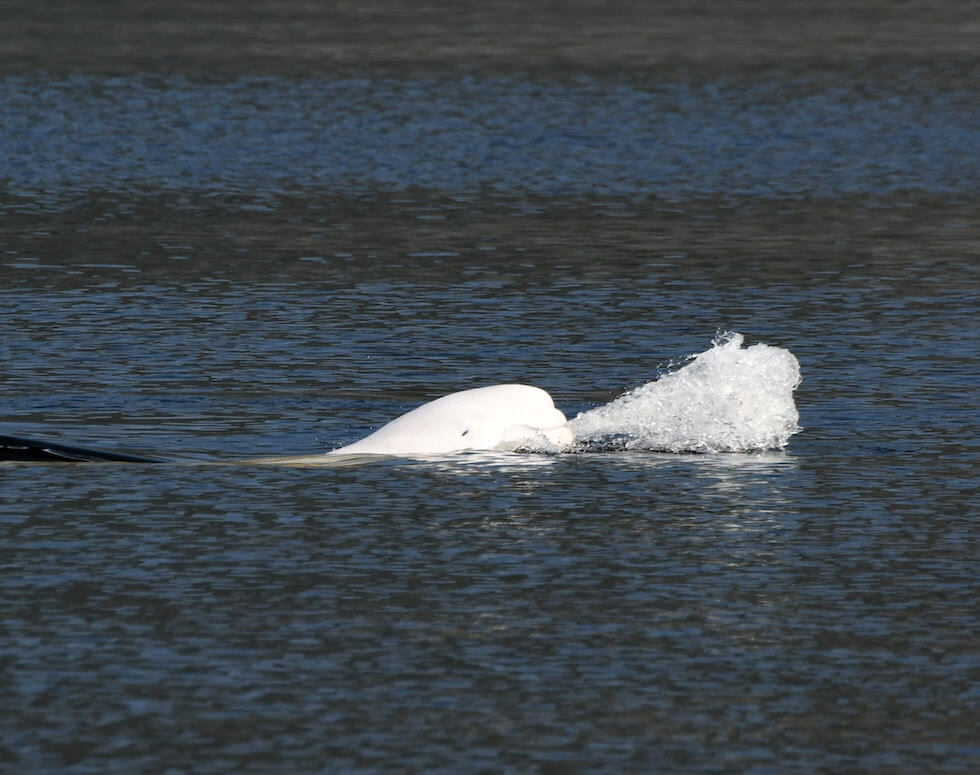 Spitting may be a way of hunting for belugas. © GREMM

August 21: The Bleuvet is stationed off of L’Anse-à-la-Boule. The weather is particularly calm. Amidst the last patches of fog lingering on the Fjord, a beluga appears, exhibiting a peculiar behaviour. It swims in one direction, turns abruptly, dives, resurfaces, dives again. Upon returning to the surface, the animal spits out a stream of water: it is in the midst of hunting.

From our distance and viewpoint, it is impossible to see the fish being pursued, but according to the experience of the past twenty years of Michel Moisan, lead technician at the GREMM, the spitting technique is often associated with the hunting of herring, a small pelagic fish. How does he know? Whenever he observed this technique and a gull came to steal the prey, the latter always flew off with a herring flailing in its bill. Might the spitting be used to scare the fish or stun it?

Our beluga spits once again. Thanks to the flat calm of the Saguenay, we can hear the water splashing a few centimetres in front of the beluga. It swims energetically, dives… and calmly resurfaces with a regular breathing pattern. Did it manage to eat its prey, or did it abandon the effort? Hard to say. “I can’t wait till we get the drone,” says GREMM research assistant Tim Perrero. Under the current conditions – no wind, light softened by minute traces of fog – the beluga (and possibly the fish) would appear clearly in the camera. For next season, the Bleuvet crew hopes to have a drone pilot on board to observe such behaviours from the water and from the air and thus better understand what these mysterious belugas are doing.

Preliminary identifications of the week 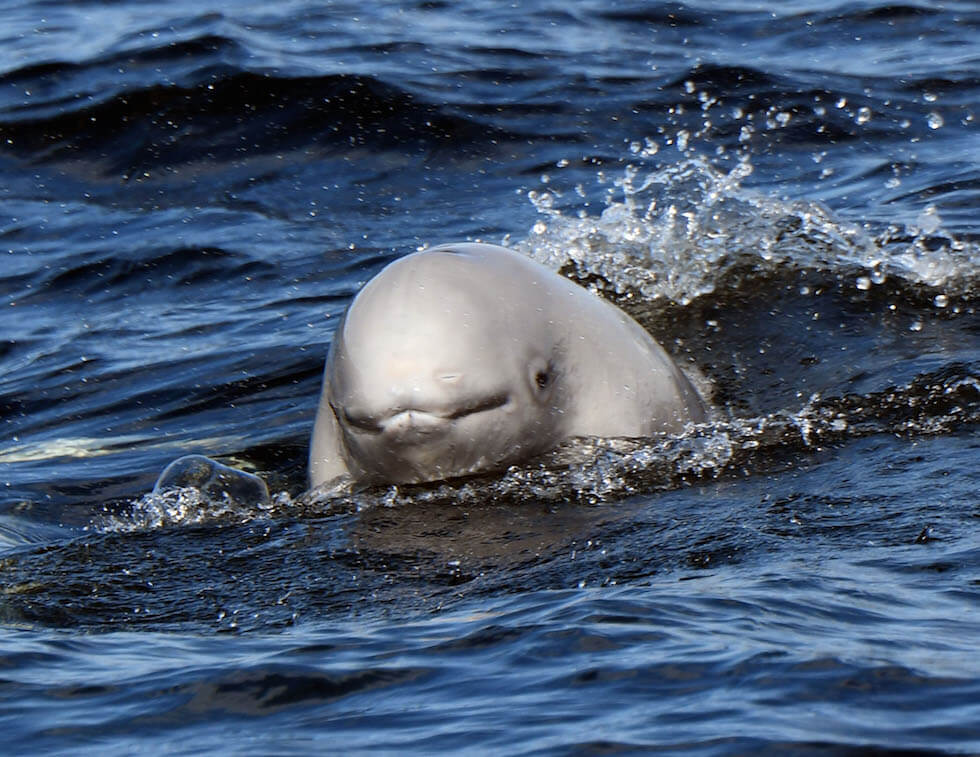