Are there actually several species of killer whales? 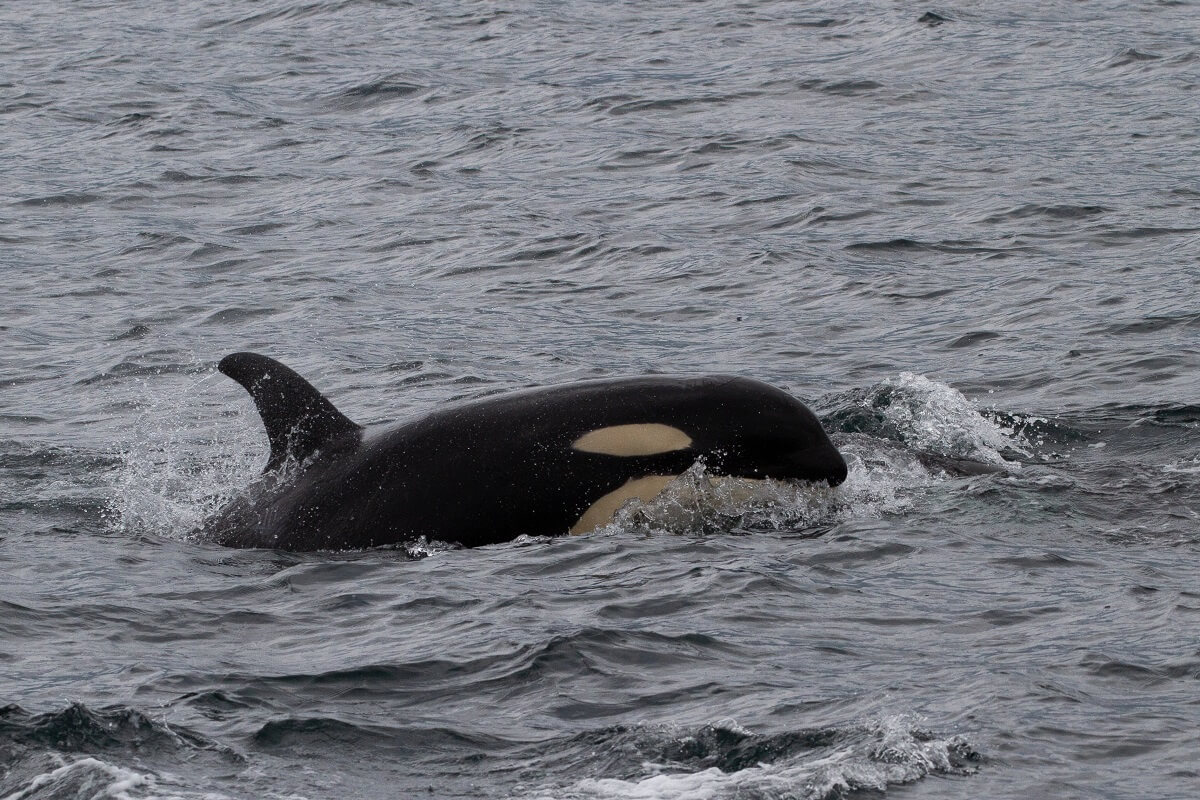 Certainly you know that there are several species of whales and many species of dolphins. But did you know that killer whales, also called orcas, come in multiple varieties? Differing in their morphology and their living habits, these varieties – or “ecotypes” – are considered by many scientists as subspecies, or even species in the making. Explanations.

Among cetaceans, the killer whale is the one with the most extensive range: the species is found in most of the world’s seas and oceans. However, not all killer whales around the globe are alike. In the different populations studied, researchers have demonstrated a wide diversity in terms of morphology, pigmentation, behaviour and diet.

Some killer whales are nomadic, while others appear to be sedentary; some have shiny black skin, others have a more yellowish tint; some live close to the coasts while others are mainly found in the open sea; some feed only on fish, others on small marine mammals, some prefer a more varied diet, while others feed almost exclusively on minke whales. To designate these varieties, scientists use the term “ecotypes”.

The killer whale is not the only species to have several ecotypes; this phenomenon has also been identified in the common bottlenose dolphin (2 ecotypes), the harbour porpoise (3 ecotypes) and the caribou (3 ecotypes), to name a few. However, the superpredator of the marine environment has the distinction of having a very wide range of ecotypes, some of which even share the same geographic region.

“I know of 10 well-described ecotypes… 3 off the west coast of North America, two in the North Atlantic, and now 5 in Antarctica, points out Lance Barrett-Lennard, killer whale expert and director of the marine mammal research program at Ocean Wise. But the true number is much higher, because it doesn’t include other populations […] such as the populations living in the Canadian Arctic and NE North Pacific, southern Australia, the Asian South Pacific, Polynesia and Indonesia, the Southwest Pacific, etc. It wouldn’t surprise me if there are at least 20 worldwide.” Some of these ecotypes include multiple populations of orcas in distinct geographic areas. For example, in the Northeast Pacific, resident killer whales encompass two populations: north and south. 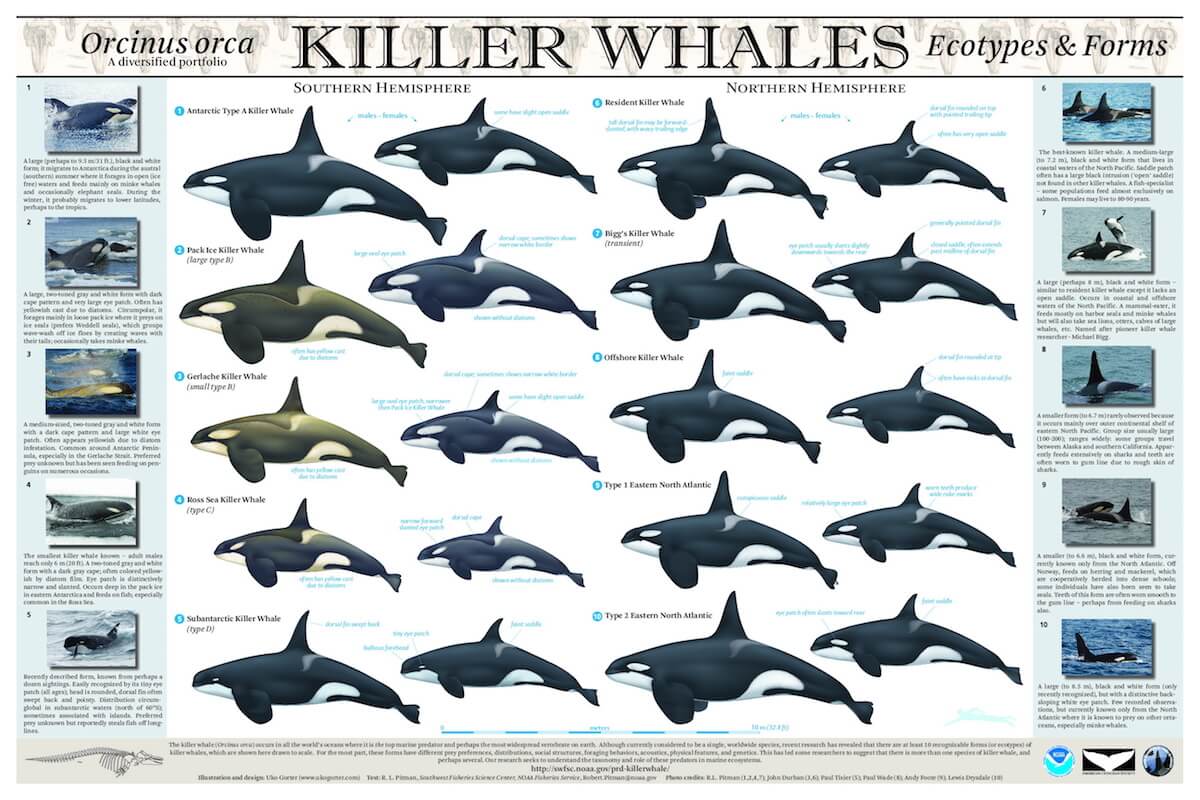 The other particularity of killer whales is that, even when different ecotypes coexist geographically, they do not interbreed. This segregation could be due, or in any case maintained, thanks to different “cultural traits” transmitted within each ecotype. For example, such characteristics include hunting techniques or types of vocalization.

So, different species or not?

Currently, Orcinus orca is considered to be a single species within the Delphinidae family. However, this status could change. When populations do not reproduce amongst themselves and develop significant ecological differences, they tend to drift apart to form distinct species, a phenomenon known as speciation. “For now, I often refer to Orcinus orca as a species complex… a cluster of closely-related, as-yet unnamed species, explains Lance Barrett-Lennard. “We might eventually call them sub-species or even species, but using those terms properly means formally revising the taxonomy of Orcinus orca, which hasn’t been done yet.” 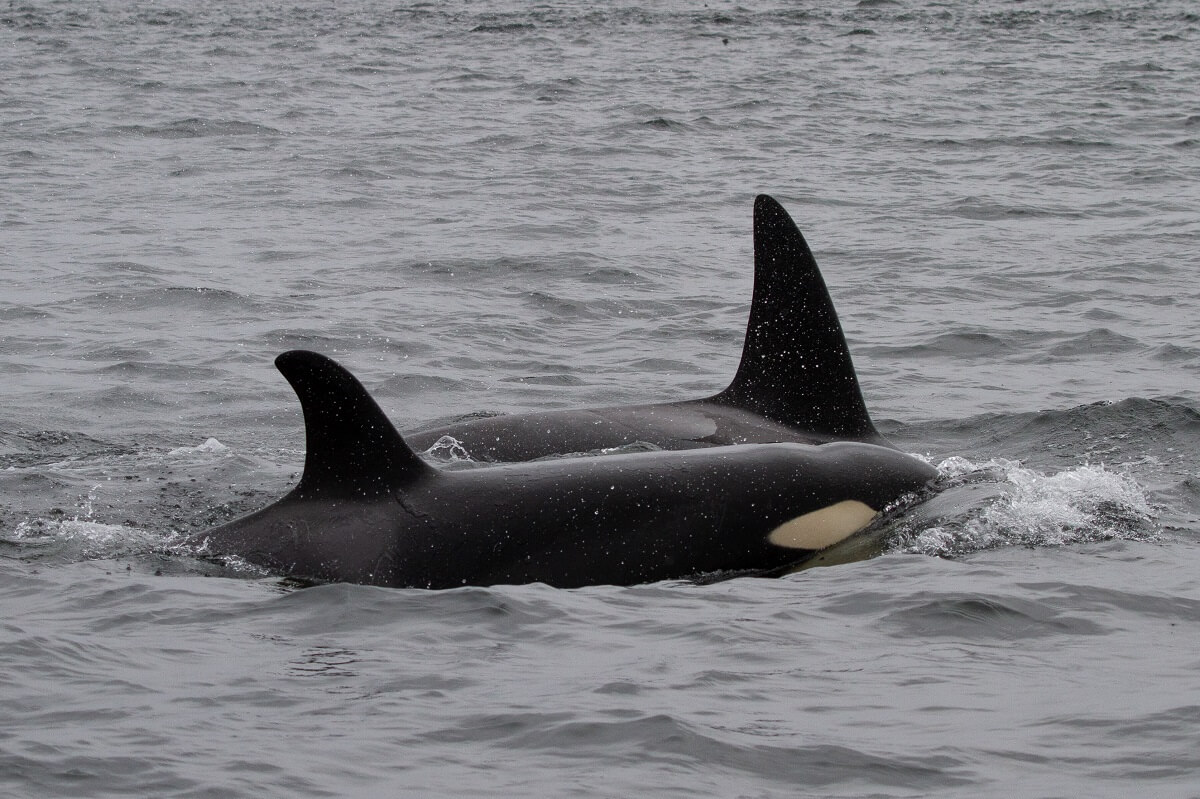 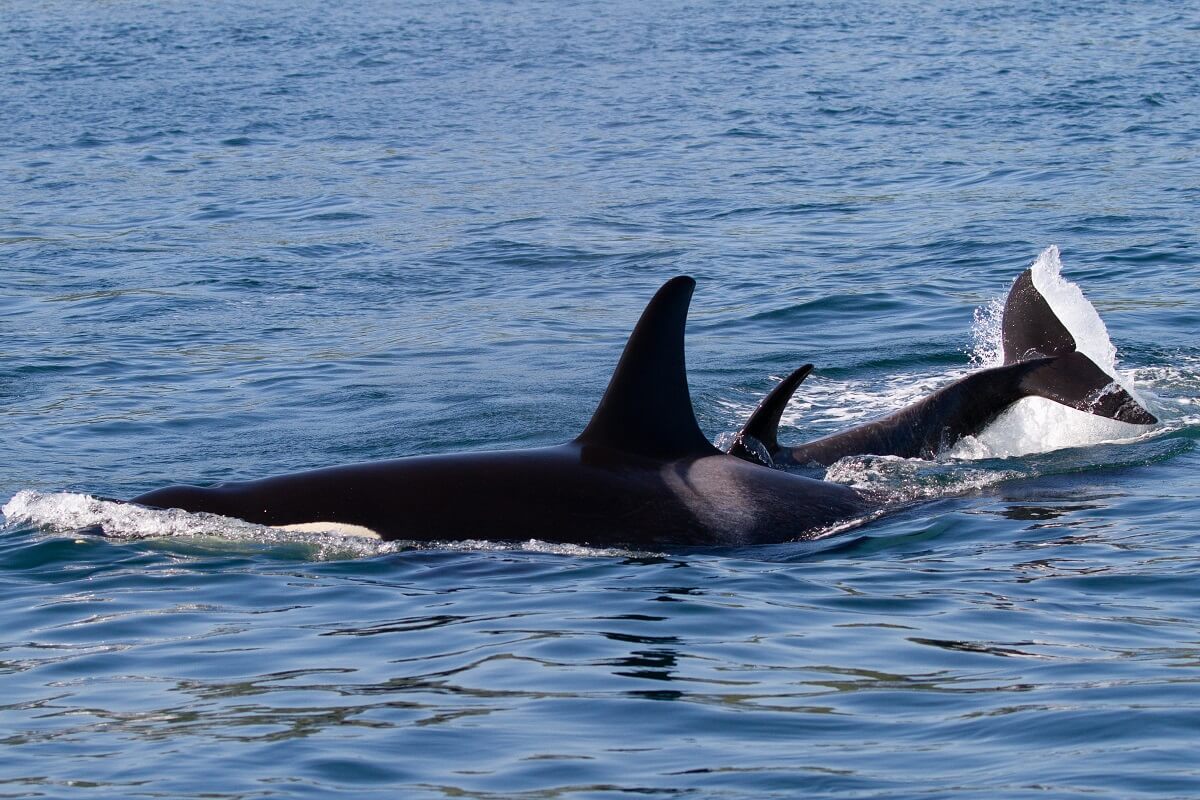 This scientific questioning may seem trivial, but differentiating between species also makes it possible to better preserve them! Therefore, even if on the whole, Orcinus orca has enough individuals to be considered not at risk, “Regional populations of killer whales can be small and highly specialized, and therefore vulnerable to over-exploitation, disturbance, prey reductions and habitat deterioration, points out the IUCN (International Union for Conservation Nature). Several small populations are already recognized as having a high risk of extinction. Many similarly small and threatened populations may exist worldwide but have not yet been adequately studied and described.”