Are whales affected by COVID-19? 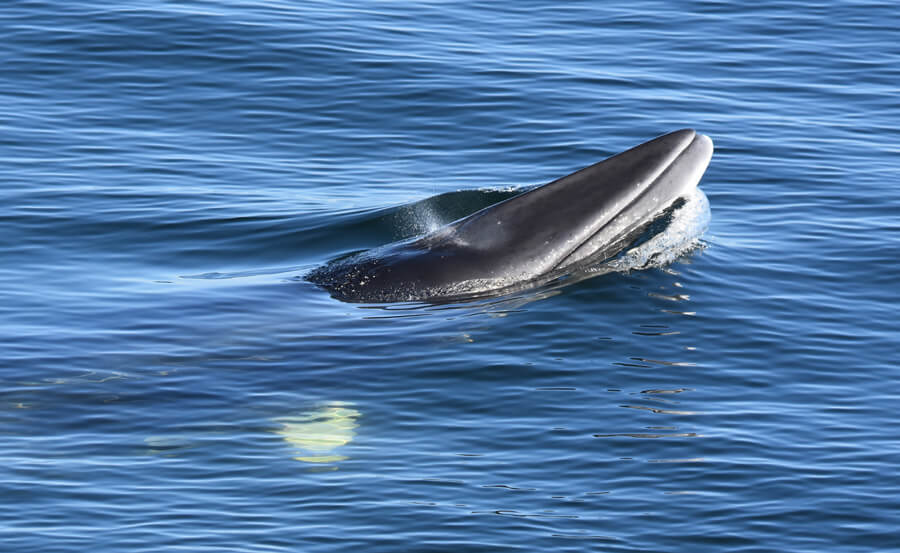 This question comes to us via our Whales Online Facebook page: Could the current COVID-19 pandemic affecting humans around the globe also have an impact on marine mammals?

The question is a legitimate one. As we know, the agent responsible for COVID-19 is the SARS-CoV-2 virus, which belongs to the very large family of coronaviruses. However, certain coronaviruses can affect marine mammals. For example, traces of virus from this family have been found in seals, belugas and dolphins in captivity. In June 2010, around 20 wild seal carcasses found on the Californian coast were also  found to be carrying a coronavirus.

However, in none of these cases was it possible to determine whether or not the virus was responsible for health issues or death. Additionally, the coronaviruses that affect marine mammals are not always those that affect humans… and vice versa! Thus, “there are currently no data on the potential susceptibility of marine mammals to the virus [responsible for COVID-19]”, underscores Dr. Stéphane Lair, professor at Université de Montréal’s Faculty of Veterinary Medicine and director of the Centre québécois sur la santé des animaux.

The only data available relate to land mammals. Since the start of the pandemic, there have been a few isolated cases of animals carrying SARS-CoV2: two dogs in Hong Kong, a cat in Belgium and several felines (tigers and lions) from the Bronx Zoo in New York.

A preliminary scientific study conducted in China  also showed that cats subjected to high doses of virus can be infected, which was not the case with other tested species (dog, duck, chicken and pig). However, both experimentally and in those cases that have made newspaper headlines, felines have not systematically developed symptoms.

“As a rule, animals do not seem to be very prone to infection,” explains Dr. Lair. As far as I am aware, the only animals experimentally inoculated to have developed clinical signs are domestic ferrets. It is assumed that primates are also sensitive due to their “genetic proximity” to humans, but to my knowledge, cases have not yet been reported in this group.”

Benefits of social distancing between humans and whales

However, to be infected, one must still be exposed to the virus, which, based on current knowledge, is believed to survive only a few hours to a few days outside of its host. As Dr. Lair points out, “since transmission requires close proximity, it would be surprising if marine mammals could be naturally exposed.”

Indeed, to date, animals carrying SARS-CoV-2 have been in close contact with a human infected him- or herself by COVID-19 (owner or caretaker). Consequently, thanks to their living environment and the distancing already imposed on human beingsfrequentingtheir environment, the marine mammals of the St. Lawrence seem relatively immune to potential contamination, if it is even possible at all. “It is impossible to say that the risk is zero, but it is probably extremely low,” concludes the researcher.

The last uncertainty concerns possible contamination of a human by a marine mammal if the latter is infected with COVID-19. Currently, according to known scientific data, the probability of such an event appears ridiculously low; however, as a precautionary measure, the Quebec Marine Mammal Emergency Response Network recommends more than ever to maintain one’s distance from marine mammals on the beaches.

So whales are probably not affected by the pandemic currently wreaking havoc on the human world? It is likely that they are… except this time the impact is positive. Indeed, the slowdown in anthropogenic activities and the projected decrease in marine traffic could actually improve the living conditions of marine mammals and open up new territories for them. In the Mediterranean, dolphins have been observed in the ports of Sardinia, and fin whales have been sighted off the city of Marseille, while in the Pacific, killer whales have been observed near Vancouver. Are these just exceptional observations or is nature reclaiming lost territory? To be continued…